Heavily redacted reports don't say what happened to Courtier or why it was so difficult to find her in a park that is relatively small compared to other sprawling national parks.

A search for a California woman who was missing for two weeks last fall at Zion National Park in Utah before being found alive cost about $60,000, park officials said Thursday.

The cost estimate was provided by park officials who also released investigative reports revealing the search was about to be scaled back the morning that Holly Suzanne Courtier of Los Angeles was found in a hammock near a trail thanks to a tip from someone who saw her there, the report said.

Heavily redacted reports don't say what happened to Courtier or why it was so difficult to find her in a park that is relatively small compared to other sprawling national parks. 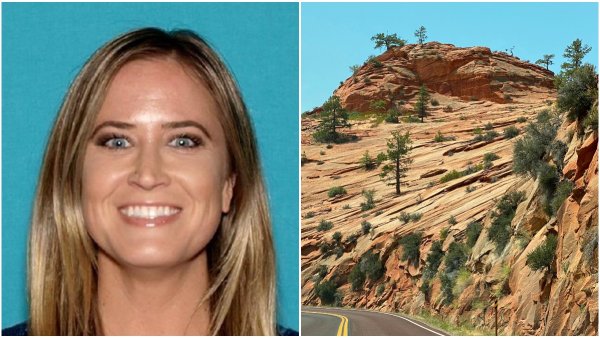 During the search, the park and the nearby town of Springdale were filled with missing person signs featuring pictures of Courtier and the clothes she was wearing in a case that generated national interest.

After park rangers found Courtier on Oct. 18, 2020, she walked about 1,000 feet to a nearby road and was taken to a park building where she agreed to be interviewed by rangers.

What she told them, however, is redacted in the report.

“In this case, the harm to personal privacy is greater than whatever public interest may be served by disclosure and would constitute a clearly unwarranted invasion of privacy.” Zion officials said in a statement.

President Joe Biden signed the $1.9 trillion COVID-19 relief bill this Thursday. “This historic legislation is about rebuilding the backbone of this country and giving working people … a fighting chance,” Biden said. “That’s what the essence of it is.”

Her family and park officials had feared the worst. The park is known for its towering red rock cliffs and hikes that take people along narrow trails with steep drops nearby.

After Courtier was found, the family thanked park officials in a statement but said nothing else publicly. Courtier’s daughter, Kailey Chambers, told CNN in October after that her mother hurt her head early in her hike and became disoriented.

Crews began searching for Courtier after she didn’t show up for her scheduled pickup in the park by a private shuttle on Oct. 6, authorities said.

The teen son of a wealthy businessman is arrested weeks after a fatal cash in West Los Angeles. Video broadcast Thursday March 11, 2021 on Today in LA.

Courtier's family was at the southern Utah park after she went missing and started their own daily organized searches on Oct. 14, the report said.

Park officials gave the family daily updates and shared drone footage, but kept their searches separate from those conducted by volunteers because they didn't want to accept liability for the volunteers, the report said.

On the morning she was found, a Zion official leading search efforts informed the team that the operations would be scaled back to halt doing daily trail searches and respond only to tips.

“In the absence of any clues it was no longer practical to put people in areas or on trails with no foreseeable end," said the unnamed official, according to the repot.

A short time later, a tip was received that led to Courtier's discovery. Someone reported seeing what appeared to be a person in a hammock near a trail the night before around sunset. Search teams went to the location and found her lying the hammock, the report said.