Who Is Eligible for COVID Booster Shots and When After CDC Announcement?

Who is eligible for a COVID vaccine booster shot and when following the latest update from the Centers for Disease Control and Prevention?

The CDC on Thursday endorsed booster shots for millions of older or otherwise vulnerable Americans.

CDC Director Dr. Rochelle Walensky signed off on a series of recommendations from a panel of advisers late Thursday. However, Walensky decided to make one recommendation that the panel had rejected.

Here's what we know so far:

Can I get a booster shot now?

Under the CDC's endorsement, boosters should be offered to people 65 and older, nursing home residents and those ages 50 to 64 who have risky underlying health problems.

Walensky, however, added to that list people ages 18 to 64 years who are health-care workers or have another job that puts them at increased risk of being exposed to the virus.

The FDA had already authorized booster doses for Americans who are 65 and older, younger adults with underlying health conditions and those in jobs that put them at high risk for COVID-19.

The extra dose would be given once they are at least six months past their last Pfizer shot. Those who received Moderna or Johnson & Johnson vaccines are not yet eligible.

Here's the latest list of who qualifies, according to the CDC:

What counts as a qualifying underlying health condition? Here's a list from the CDC:

President Joe Biden on Friday urged those who are now eligible to get a booster shot.

"My message today is this: If you've got the Pfizer vaccine, you got the Pfizer vaccine in January, February, or March of this year, and you're over 65 years of age, go get the booster," he said. "Or if you have a medical condition like diabetes, or you're a frontline worker like a health care worker or teacher, you can get a free booster now."

The U.S. has also already approved both Pfizer and Moderna boosters for certain people with weakened immune systems, such as cancer patients and transplant recipients.

According to the CDC, the list includes people who have:

The agency notes that "people should talk to their healthcare provider about their medical condition, and whether getting an additional dose is appropriate for them."

The FDA and CDC’s approval and recommendation for immunocompromised individuals does not apply to those who got the Johnson & Johnson vaccine.

Beginning Saturday, eligible people can schedule appointments for their booster shots, along with additional immunizations such as the flu shot, here, or by calling 1-800-Walgreens. New patients will be required to verify their eligibility, the company said. 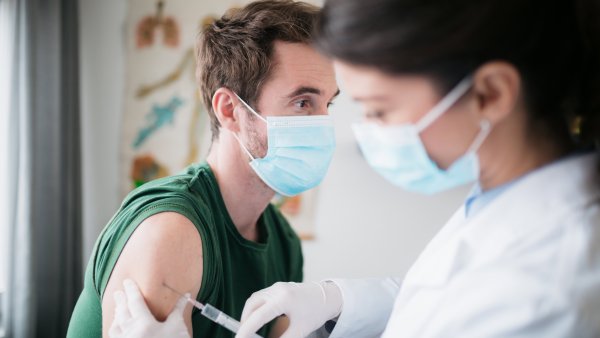 Only a Small Percentage of Americans Can Get Boosters Now. Here's Why — and What It Means for You 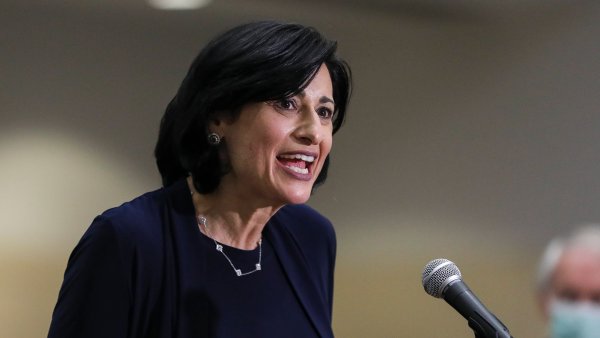 When might I be able to get a booster shot?

Despite the resistance in recent days, some top U.S. health officials said they expect boosters to eventually win broader approval in the coming weeks or months. Dr. Anthony Fauci said over the weekend that “this is not the end of the story.”

The CDC panel stressed that its recommendations will be changed if new evidence shows more people need a booster.

U.S. regulators are also expected to decide at a later date on boosters for people who have received the Moderna or Johnson & Johnson vaccines. The government still hasn’t considered boosters for those brands and has no data on whether it is safe or effective to mix-and-match and give those people a Pfizer shot.

What about those who got Moderna or Johnson & Johnson vaccines?

U.S. regulators are also expected to decide at a later date on boosters for people who have received the Moderna or Johnson & Johnson vaccines. The government still hasn’t considered boosters for those brands and has no data on whether it is safe or effective to mix-and-match and give those people a Pfizer shot.

Adding to the complexity, Moderna wants its booster to be half the dose of the original shots.

Moderna previously released data on breakthrough cases, saying it supports the push for wide use of COVID-19 vaccine booster shots.

J&J said in statement Tuesday that it ran two early studies in people previously given its vaccine and found that a second dose produced an increased antibody response in adults from age 18 to 55. The study's results haven't yet been peer-reviewed.

The company is in talks with regulators including the U.S. Food and Drug Administration, the European Medicines Agency and others regarding using booster doses of its vaccine.

Health officials have said they were expecting to receive more data in the fall and will "keep the public informed with a timely plan for J&J booster shots as well."

The FDA and CDC’s approval and recommendation for immunocompromised individuals does not apply to those who got the Johnson & Johnson vaccine.

If I got the Moderna or J&J vaccine should I get a booster shot of the Pfizer vaccine?

Federal experts have indicated the Pfizer shots would not be recommended for people who got a different brand of vaccine initially.

Chicago's top doctor has also said the answer to that question is likely no.

"If I had gotten the Moderna vaccine, I would not personally - I would not go and get a Pfizer booster," she said. "Right now, our biggest priority is the people who are not even vaccinated at all, in terms of dropping the risk for everybody - even people who are vaccinated, continuing to keep the focus on people getting their first and second doses of vaccine is the most important thing."

For those who received the Moderna or Pfizer vaccine, the CDC says "a third dose of the same mRNA vaccine should be used."

When can eligible people get their third dose?

For those eligible under the recent rulings from the FDA and CDC, the extra dose would be given once they are at least six months past their last Pfizer shot.

The FDA determined that transplant recipients and others with a similar level of compromised immunity can receive a third dose of the vaccines from Pfizer and Moderna at least 28 days after getting their second shot.

Walgreens has begun offering same-day appointments available to such patients on a walk-in basis at select stores, the company said. Patients will bring their vaccination card or record to the appointments to prove eligibility.

Under the recent FDA authorization for seniors and high-risk populations, eligible vaccinated Americans would be able to receive their third dose six months after receiving their second Pfizer shot.

Are there any risks with getting a booster shot? What about side effects?

Among people who stand to benefit from a booster, there are few risks, the CDC concluded. Serious side effects from the first two Pfizer doses are exceedingly rare, including heart inflammation that sometimes occurs in younger men. Data from Israel, which has given nearly 3 million people — mostly 60 and older — a third Pfizer dose, has uncovered no red flags.

The CDC has noted that side effects with the third shot "were similar to that of the two-dose series."

The most common symptoms include fatigue and pain at the injection site, but "most symptoms were mild to moderate."

As with previous doses of the vaccine, the CDC notes that, "serious side effects are rare, but may occur."

Will booster shots contain the original vaccine, or one tailored to delta?

The boosters will be an extra dose of the original vaccine. Manufacturers still are studying experimental doses tweaked to better match delta. There’s no public data yet that it’s time to make such a dramatic switch, which would take more time to roll out. And independent research, including studies from Ellebedy’s team, shows the original vaccine produces antibodies that can target delta.

“I’m very, very confident that this vaccine will work against delta with a single booster of the same vaccine,” Pfizer CEO Albert Bourla told The Associated Press.

How much protection will I get?

No one yet knows “the magic line” — the antibody level known as the correlate of protection below which people are at risk for even mild infection, said immunologist Ali Ellebedy of Washington University at St. Louis.

But vaccines’ main purpose is to prevent severe disease. “It’s a very high bar to really go and say we can completely block infection,” Ellebedy noted.

Plus, people’s responses to their initial vaccination vary. Younger people, for example, tend to produce more antibodies to begin with than older adults. That means months later when antibody levels have naturally declined, some people may still have enough to fend off infection while others don’t.

CDC data show the vaccines still offer strong protection against serious illness for all ages, but there is a slight drop among the oldest adults. And immunity against milder infection appears to be waning months after people's initial immunization.

For most people, if you’re not in a group recommended for a booster, “it’s really because we think you’re well-protected,” said Dr. Matthew Daley of Kaiser Permanente Colorado.

Won't antibodies wane again even after a booster?

But antibodies are only one defense. If an infection sneaks past, white blood cells called T cells help prevent serious illness by killing virus-infected cells. Another type called memory B cells jump into action to make lots of new antibodies.

Those back-up systems help explain why protection against severe COVID-19 is holding strong so far for most people. One hint of trouble: CDC has preliminary data that effectiveness against hospitalization in people 75 and older dropped slightly in July -- to 80% -- compared to 94% or higher for other adults.

“It’s much easier to protect against severe disease because all you need is immunologic memory. And I would imagine for a younger person that would last for a while," maybe years, said Dr. Paul Offit, a vaccine expert at the Children’s Hospital of Philadelphia.

Am I still considered fully vaccinated if I don't get a booster?

Even with the introduction of boosters, someone who has gotten just the first two doses would still be considered fully vaccinated, according to the CDC's Dr. Kathleen Dooling. That is an important question to people in parts of the country where you need to show proof of vaccination to eat in a restaurant or enter other places of business.