While in the store, Smith told another customer who was wearing a face covering, "You don't have to be scared. It's all a lie,'' prosecutors said.

A 57-year-old registered nurse was convicted Wednesday and sentenced to 40 hours of community service for refusing to wear a face covering in a Mother's Market last summer.

Marianne Campbell Smith was convicted of single misdemeanor counts each of trespassing with the intent to interfere with business and obstructing or intimidating a business or customers. Jurors deliberated for about 45 minutes.

Smith was ordered to pay a $200 fine plus $895 in penalties and will be on one year of informal probation. She was also ordered to stay away from Mother's Market.

There are calls for even stricter enforcement at airports if travelers refuse to mask up. Lolita Lopez reports for the NBC4 News on Wednesday, Oct. 13, 2021.

Co-defendant Jennifer Marie Sterling pleaded no contest June 9 to an infraction for refusing to leave upon an owner's request.

Smith's attorney, Fred Fascenelli, told City News Service, "I abide by the jury verdict because we have the greatest system in the world, but this time I believe they got it wrong.''

At about 1:15 p.m. on Aug. 15, 2020, Smith and two other women went to Mother's Market in Costa Mesa at 1890 Newport Blvd., where face masks were required to help prevent the spread of COVID-19, according to a trial brief filed by prosecutors. 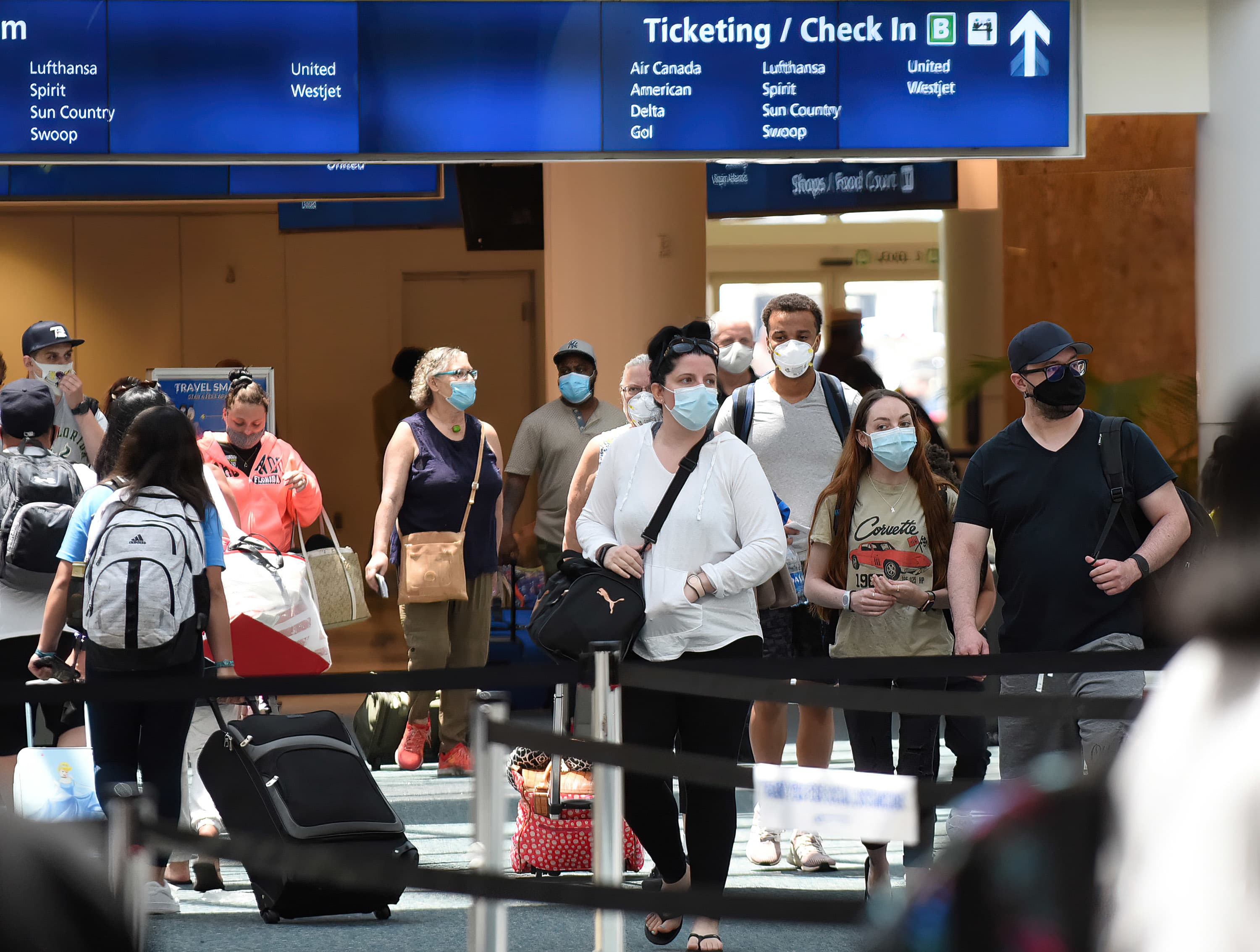 Smith participated in a mask protest outside the store, and when officers arrived about two dozen other activists were outside calling the police Nazis, prosecutors said.

The three pushed their way into the store, where they walked around without face coverings. They were asked to leave five times, but refused, prosecutors said.

Before police arrived, Smith attempted to buy a bag of chips and salad, but the cashier refused to complete the transaction, prosecutors said.

Smith allegedly tossed a $5 bill on the counter and turned to leave.

While in the store, Smith told another customer who was wearing a face covering, "You don't have to be scared. It's all a lie,'' prosecutors said.

When an officer asked her if she refused to wear a mask for her cause, she said, "Yes, but also for our freedom,'' prosecutors said.

Smith told the officers she went into the store to buy a bottle of water, but they wouldn't let her and she claimed she was being discriminated against because she had a medical exemption from wearing a mask, prosecutors said.

Smith also said she was a nurse and often wore scrubs to her pretrial hearings, prompting prosecutors to request that she not be allowed to wear a medical uniform at her trial.

Fascenelli said she is a registered nurse who works in a doctor's office.

Smith attended a rally against mask requirements at 19th Street and Newport Boulevard in Costa Mesa and when it was done she walked over to the grocery store where she parked her car, Fascenelli said. When she was told she could not park there without being a customer she went into the store to buy something, he added.

"When she walked in there that sign was under her arm the entire time,'' Fascenelli said. "And sometimes it was upside down.''

The defense attorney said he found it "disturbing'' that the verdict was reached so quickly because he said jurors were given detailed instructions about nuances in the law.

"There's a lot of law there and complicated issues,'' he said.

His client is not anti-mask, he said.

"She's not offended by someone else wearing a face covering,'' he said. "She physically can't wear one. She has an issue that prevents her from doing that. She told the clerk she can't wear a mask and told the police she could not wear a mask.''

Smith filled out a form to wear a face shield instead of a mask during the trial, Fascenelli said. He said he did not know what prevents her from wearing a mask.