What's Love Got to Do With It? 14 Flicks Guaranteed to Melt Your Heart This Valentine's Day

Whether you're single, in a relationship, married or somewhere in between, there's a movie for you

With February 14 around the corner, we’ve put together a list of romantic movies for your enjoyment. Whether you’re single, in a relationship, married, or somewhere in between, there’s something here for you!

The question for the audience isn't really if these two will end up together. Of course they will. The question is how many hurdles and bad relationships will they endure before realizing the obvious. When Harry (Billy Crystal) meets Sally (Meg Ryan), the chemistry is instantaneous. The movie, which also co-stars Carrie Fisher, quickly established itself as one of the great on-screen romances of all time. 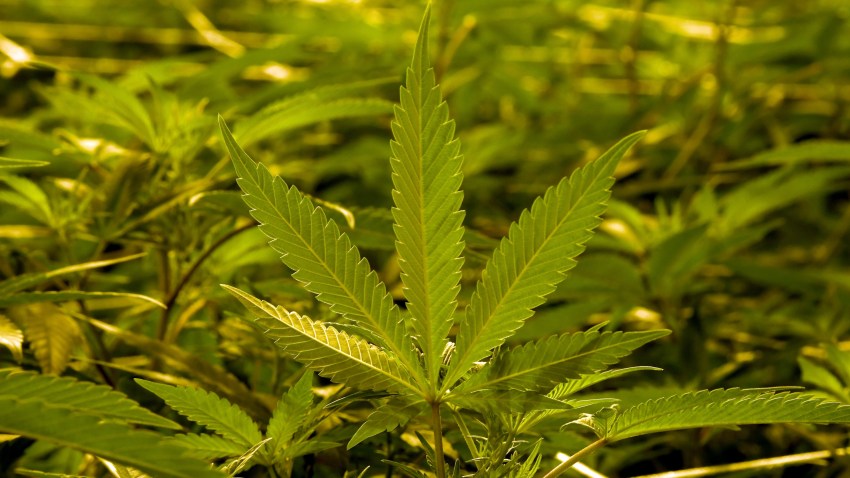 Passion prevails in this Nicholas Sparks classic. Ryan Gosling and Rachel McAdams, who play Noah Calhoun and Allie Hamilton, make the perfect couple. But social status gets between the pair, and takes its toll for years. But even after years apart and Allie being on the brink of marriage, it’s clear that their love story has only just begun.

Even if you haven't seen the film, you likely remember John Cusack’s iconic "In Your Eyes" boom box scene — a scene so romantic people are still swooning over it decades later — from Cameron Crowe's "Say Anything." Cusack plays a recent high school graduate lovesick for the valedictorian played by Ione Skye. Cusack will do anything to win her over, but she's set to fly off to England at the end of the summer. And while Skye seems like the perfect girl, she’s shaken by dark family secrets that will affect their relationship, as well as her entire future. It’s far from your average love story.

A john picks up a hooker. Sounds like the beginning of a perfect romance, right? Well — this is the Disney-fied version of that tale. Richard Gere hires an escort to have on his arm at corporate events. Julia Roberts captures his heart in an unlikely chain of events.

Twenty years later, and we're still mad at Kate Winslet for not finding room on that floating piece of wreckage for Leonardo DiCaprio. THERE WAS SO MUCH ROOM, KATE! That aside, the tale of these star-crossed lovers whose paths crossed all too briefly aboard a doomed ocean liner set the bar high for the romance films that followed in its wake.

So what would it be like for a "normal" person to fall in love with someone as famous as say...Julia Roberts? This movie illustrated beautifully the ups and downs of trying to woo a real-life celebrity. Hugh Grant and the superbly cast Roberts have chemistry in the film that jumps off the screen. And who could forget her plea near the end of the film... "I'm also just a girl, standing in front of a boy, asking him to love her."

Tom Cruise is better known for his action adventure thrillers. But when he stars as Jerry Maguire, a disgruntled sports agent seeking to branch out on his own after being fired from a major agency, we discover Cruise can play the romantic lead as effortlessly as he chases down bad guys in Mission Impossible 26. As a special bonus, the film introduces the world to Renee Zellweger, who plays the single mom that spins Cruise's head into another orbit. Zellweger has gone on to become an Oscar-winning actress in her own right. But in McGuire, she made the perfect fresh-faced foil for Cruise.

Long before we knew we'd be following Ethan Hawke and Julie Delpy through a trilogy that spans decades, we simply were introduced to them as Jesse, an American man, who meets Celine, a French woman, on a train in Europe. The two spend the night walking around Vienna, Austria, talking and getting to know each other’s stories. It's a rare film drenched in dialogue where the audience discovers the history of both characters as they're revealing their stories to each other. Before the sun rises they've fallen head over heels, and so has the audience.

So, how do you have a love story when the leading man is killed in the opening moments of the film? No problem in this movie, in which Patrick Swayze plays the ghost of a man murdered in a setup orchestrated by his friend and business partner. The film catapulted Demi Moore into superstardom. Even just the scene of the couple molding clay as "Unchained Melody" swells in the background is worth the price of admission.

Tom Hanks and Meg Ryan don't actually meet face-to-face until the closing moment of the film, but somehow that works in this Nora Ephron classic. "Sleepless in Seattle" tells the story of a widowed husband, played by Hanks, and his eight-year-old son who's desperate for his dad to find a new wife.

In the mid- to late '90s, love stories that focused on young black professionals were few and far between. The filmmakers behind "Love Jones" recognized thatand filled the void with a near perfect film. Larenz Tate meets Nia Long in Chicago, and the two go through various hurdles before realizing what started as a Love Jones is actually true love.

Yet another underserved community in the romantic film market — mature people get it on, too! Clint Eastwood stuns as Robert Kincaid in this romantic film that follows the four-day love affair of housewife and National Geographic photographer Francesca Johnson, played by Meryl Streep. When the four days are over, life returns to normal, but the affair leaves a lasting mark on both of their lives.

A story of a childhood friendship that blossoms into romance, "Love and Basketball" is all about finding your way. Omar Epps and Sanaa Lathan grow up next door to each other, and both aspire to play professional basketball. They eventually become a couple, but things take a turn for the worse, and they break up — only to reconnect years later after their careers have taken off.