US Warns Russia as Kremlin Talks About War Threat in Ukraine

Ukrainian and Western officials have worried about a Russian troop buildup near Ukraine, fearing it could herald an invasion

The Kremlin voiced concern Thursday about a possible escalation of fighting in a separatist conflict in eastern Ukraine as the U.S. issued a strong warning to Russia to stay away from Ukraine.

Ukrainian and Western officials have worried about a Russian troop buildup near Ukraine, fearing it could herald an invasion. But Moscow has insisted it has no such intention and accused Ukraine and its Western backers of making up the claims to cover up their own allegedly aggressive designs.

U.S. Secretary of State Antony Blinken warned Russian Foreign Minister Sergey Lavrov at their meeting in Stockholm on Thursday that “if Russia decides to pursue confrontation, there will be serious consequences," adding that “the best way to avert a crisis is through diplomacy.”

Kremlin spokesman Dmitry Peskov said in Moscow that “the Ukrainian authorities' aggressive and increasingly intensive provocative action on the line of contact” fueled fears about a possible flare-up of hostilities. He said that recent statements from Ukrainian President Volodymyr Zelenskyy and other Ukrainian officials indicate that “the Ukrainian leadership doesn't exclude a forceful scenario.”

“The probability of hostilities in Ukraine still remains high,” Peskov said in a conference call with reporters.

Denis Pushilin, the head of the self-proclaimed separatist republic in Donetsk, said on Russian state television that he could turn to Moscow for military assistance if the region faces a Ukrainian attack.

Ukrainian officials have denied an intention to reclaim the rebel regions by force. 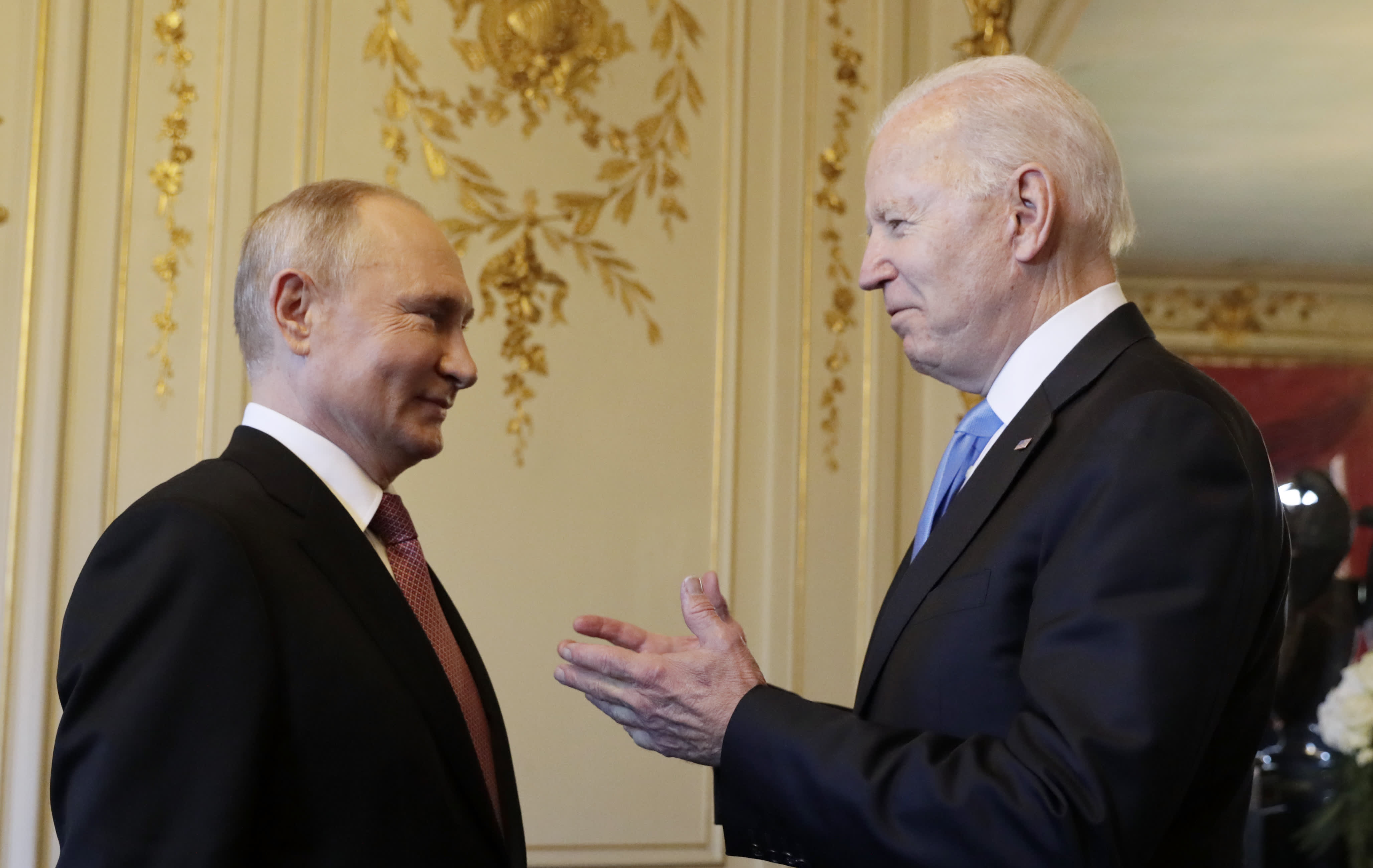 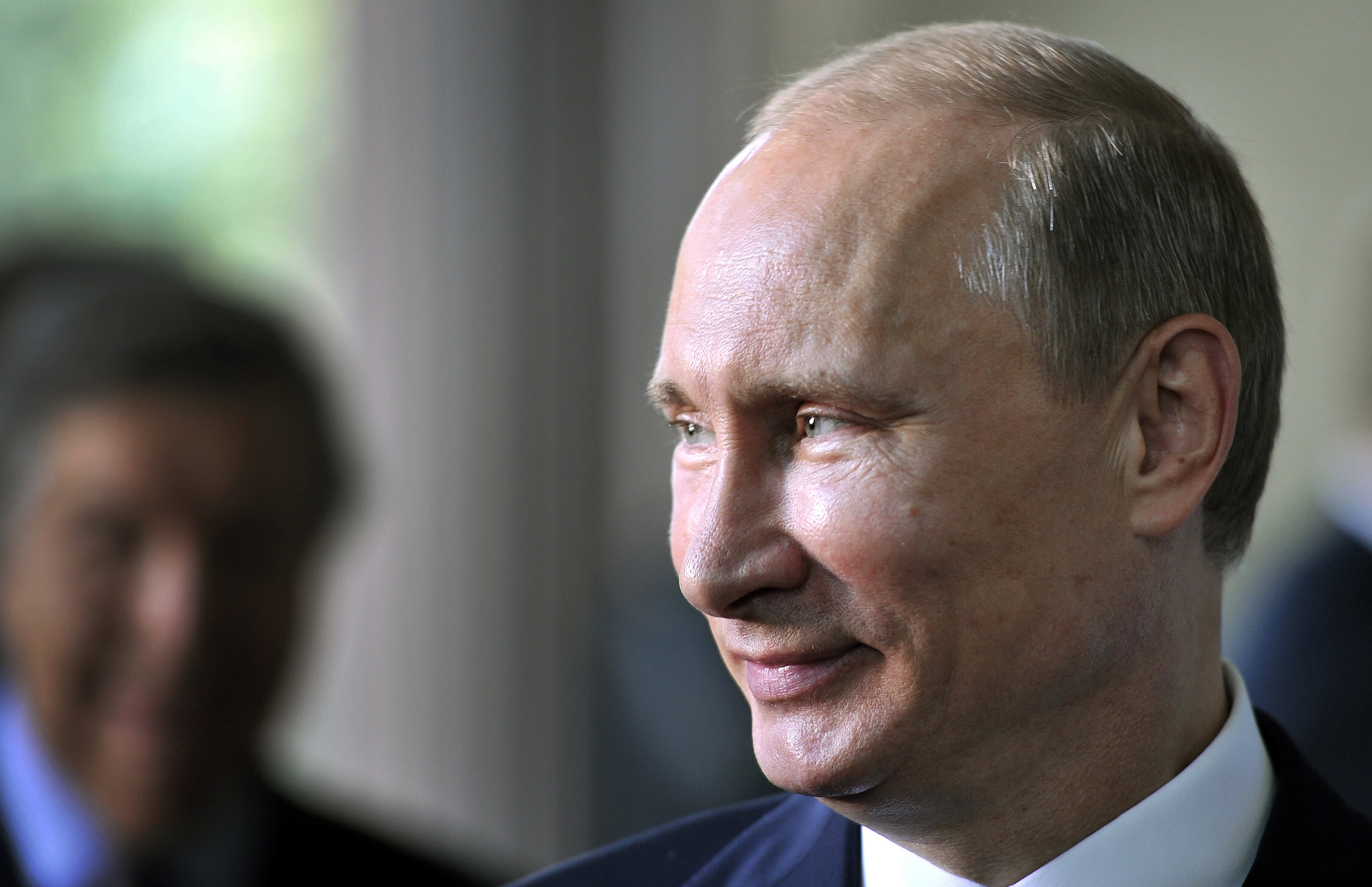 The World Is Worried Putin Is About to Invade Ukraine

Ukrainian Foreign Minister Dmytro Kuleba tweeted after meeting with Blinken in Stockholm that “we are closely working together on developing a comprehensive deterrence package, including severe economic sanctions, to demotivate Russia from further aggressive moves.”

Kuleba also spoke to EU foreign policy chief Josep Borrell about speeding up "work on specific economic restrictions which will be able to hit the Russian economy should Moscow decide to launch a new stage of aggression against Ukraine.”

The top Ukrainian diplomat noted that the EU Council has approved €31 million in material and technical assistance for strengthening the Ukrainian armed forces' capability in the spheres of medicine, engineering, demining activities, mobility, logistics and cybersecurity. “We highly appreciate this step which reaffirms the strategic Ukraine-EU relations,” he said.

Ex-Soviet neighbors Russia and Ukraine have remained locked in a tense tug-of-war since Russia annexed Ukraine’s Crimean Peninsula in 2014 following the ouster of the country’s Kremlin-friendly president and threw its weight behind a separatist insurgency in eastern Ukraine which has killed more than 14,000.

Russian President Vladimir Putin has warned NATO against deploying its troops and weapons to Ukraine, saying it represents a red line for Russia and would trigger a strong response. He said Wednesday that Moscow would seek Western guarantees precluding any further NATO expansion and deployment of its weapons near Russia's borders.

Blinken said “we have deep concerns about Russia’s plans for renewed aggression against Ukraine,” adding that “it’s a concern that is shared by many in Europe.” He was speaking during a meeting with Lavrov on the sidelines of a ministerial meeting of the Organization for Security and Cooperation in Europe in Stockholm.

Blinken reaffirmed that the U.S. has “a strong, ironclad commitment to the sovereignty and territorial integrity of Ukraine.”

President Joe Biden said further actions could be taken against Russia if the it “continues to interfere with our democracy.” “The United States is not looking to kick off a cycle of escalation and conflict with Russia. We want a stable, predictable relationship,” Biden said.

Referring to a 2015 peace agreement for eastern Ukraine brokered by France and Germany and signed in Minsk, Belarus, Blinken called for a “full implementation of the Minsk agreements with Russia pulling back its forces.”

The 2015 Minsk deal included an OSCE-monitored cease-fire, a pullback of heavy weapons and foreign fighters from the line of contact and an exchange of prisoners of war. It also envisaged granting broad autonomy to the separatist regions and a sweeping amnesty for the rebels in a diplomatic coup for Russia. The agreement stipulated that Ukraine could only regain control over the border with Russia in rebel regions only after they receive a broad autonomy and hold elections, a provision also resented by many in Ukraine.

The agreement helped end large-scale battles, but frequent skirmishes have continued and a political settlement has failed while Moscow and Kyiv have traded blame.

“It takes two to tango, and if – if our Russian friends are prepared to implement their commitments under Minsk and our Ukrainian friends are as well, we will fully support that, and that is the best way to avert a renewed crisis in Ukraine,” Blinken said.

Moscow argues it's not a party to the deal between Ukraine and self-proclaimed separatist regions, and denies Ukrainian and Western assertions of sending its troops and weapons into eastern Ukraine.

In his speech at the OSCE meeting, Lavrov urged Ukraine to grant autonomy to the rebel regions, warning that Kyiv’s refusal to honor its pledge is a “way toward a catastrophe.”

He also told Blinken at their meeting that “any further NATO expansion eastward undoubtedly compromises our core security interests.”

The top Russian diplomat charged that the West is “playing with fire” when it argues that Russia doesn’t have a say in NATO’s expansion plans.

“I want to make it crystal clear: turning our neighbors into a bridgehead for confrontation with Russia, the deployment of NATO forces in the regions strategically important for our security is categorically unacceptable,” he told the OSCE meeting.

Lavrov followed up on Putin's call for a new security arrangement, stating that reaching an agreement on a set of “long-term and legally binding security guarantees is imperative to prevent sliding into a confrontational scenario.”

Russian Foreign Ministry spokeswoman Maria Zakharova reaffirmed that Ukraine's admission into NATO is a “red line” for Russia. She warned that attempts by the West to turn the country into a vantage point for confrontation with Russia would cause “destabilization of the military-political situation in Europe.”

Jan M. Olsen in Copenhagen, Denmark, Yuras Karmanau in Kyiv, Ukraine and Ellen Knickmeyer in Washington contributed to this report.