Just weeks before the U.S. is scheduled to end its war in Afghanistan, the Biden administration is rushing 3,000 fresh troops to the Kabul airport to help with a partial evacuation of the U.S. Embassy. The move highlights the stunning speed of a Taliban takeover of much of the country, including their capture on Thursday of Kandahar, the second-largest city and the birthplace of the Taliban movement.

The State Department said the embassy will continue functioning, but Thursday's dramatic decision to bring in thousands of additional U.S. troops is a sign of waning confidence in the Afghan government's ability to hold off the Taliban surge. The announcement came just hours after the Taliban captured the western city of Herat as well as Ghazni, a strategic provincial capital south of Kabul. The advance, and the partial U.S. Embassy evacuation, increasingly isolate the nation's capital, home to millions of Afghans.

“This is not abandonment. This is not an evacuation. This is not a wholesale withdrawal," State Department spokesman Ned Price said. "What this is is a reduction in the size of our civilian footprint.”

Price rejected the idea that Thursday's moves sent encouraging signals to an already emboldened Taliban, or demoralizing ones to frightened Afghan civilians. “The message we are sending to the people of Afghanistan is one of enduring partnership,” Price insisted.

President Joe Biden, who has remained adamant about ending the 19-year U.S. mission in Afghanistan at the end of this month despite the Taliban sweep, conferred with senior national security officials overnight, then gave the order for the additional temporary troops Thursday morning. 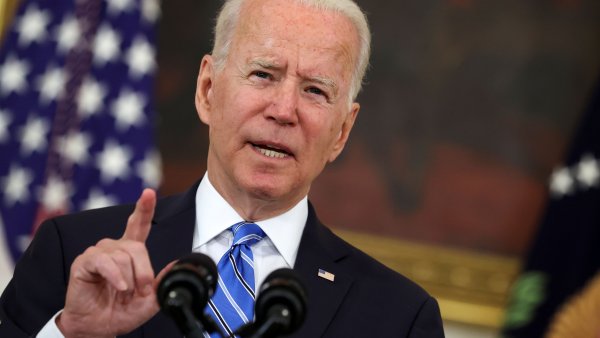 Biden Says Afghans Must ‘Fight for Themselves' as Taliban Advances, Does Not Regret U.S. Withdrawal 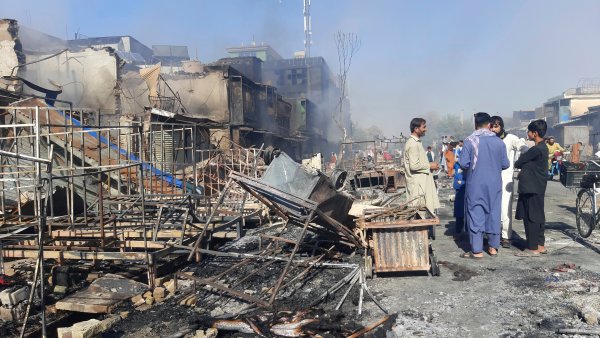 The Pentagon's chief spokesman, John Kirby, said that in addition to sending three infantry battalions — two from the Marine Corps and one from the Army — to the airport, the Pentagon will dispatch 3,500 to 4,000 troops from a combat brigade of the 82nd Airborne Division to Kuwait to act as a reserve force. He said they will be on standby “in case we need even more” than the 3,000 going to Kabul.

Also, about 1,000 Army and Air Force troops, including military police and medical personnel, will be sent to Qatar in coming days to support a State Department effort to accelerate its processing of Special Immigrant Visa applications from Afghans who once worked for the U.S. government and feel threated by the Taliban, Kirby said.

The 3,000 troops who are to arrive at the Kabul airport in the next day or two, Kirby said, are to assist with security at the airport and to help process the departure of embassy personnel — not to get involved in the Afghan government's war with the Taliban. Biden decided in April to end U.S. military involvement in the war, and the withdrawal is scheduled to be complete by Aug. 31.

The U.S. had already withdrawn most of its troops, but had kept about 650 troops in Afghanistan to support U.S. diplomatic security, including at the airport.

Kirby said the influx of fresh troops does not mean the U.S. is reentering combat with the Taliban.

“This is a temporary mission with a narrow focus,” he told reporters at the Pentagon.

The viability of the U.S.-trained Afghan army, however, is looking increasingly dim. A new military assessment says Kabul could come under Taliban pressure as soon as September and, if current trends hold, the country could fall to the Taliban within a few months.

“Our first responsibility has always been protecting the safety and the security of our citizens serving in Afghanistan, and around the world,” Price said at a briefing, calling the the speed of the Taliban advance and resulting instability “of grave concern.”

Shortly before Price's announcement, the embassy in Kabul urged U.S. citizens to leave immediately — reiterating a warning it first issued on Saturday.

The latest drawdown will further limit the ability of the embassy to conduct business, although Price maintained it would still be able to function. Nonessential personal had already been withdrawn from the embassy in April after Biden’s withdrawal announcement and it was not immediately clear how many staffers would remain on the heavily fortified compound. As of Thursday, there were roughly 4,200 staffers at the embassy, but most of those are Afghan nationals, according to the State Department.

Apart from a complete evacuation and shuttering of the embassy, Price said other contingency plans were being weighed, including possibly relocating its operations to the airport.

As the staff reductions take place over the course of the next several weeks, Price said the U.S., led by the special envoy for Afghanistan, Zalmay Khalilzad, would continue to push for a peace agreement between the Taliban and the Afghan government at talks currently taking place in Doha, Qatar.

The Taliban, who ruled the country from 1996 until U.S. forces invaded after the 9/11 attacks, have taken 12 of Afghanistan’s 34 provincial capitals as part of a weeklong sweep that has given them effective control of about two-thirds of the country.