Trump Ban on Travel From Europe Escalates Pain for Airlines

The disruptions to air travel are rippling through economies in a blow to hotels, car rental companies, museums and restaurants

President Donald Trump's decision Wednesday to impose a 30-day ban on most Europeans entering the United States is the latest calamity for airlines already reeling from falling bookings and cancelled reservations as people try to avoid contracting the coronavirus.

The ban, to begin at midnight Friday, won't apply to Americans trying to return home — though they will be subject to "enhanced" health screening — or to citizens of the United Kingdom.

But coming on top of similar restrictions imposed by many other governments, Trump's move is bound to drastically escalate disruptions facing global airlines and travelers on some of the most heavily traveled routes.

The disruptions to air travel are rippling through economies in a blow to hotels, car rental companies, museums and restaurants.

There usually are about 400 flights a day from Europe to the United States, according to flight tracker FlightAware.

About 72.4 million passengers flew from the U.S. to Europe in the year ended last June, making it the most popular international destination, according to Transportation Department figures. About one-third of those passengers fly on U.S. airlines, the rest on foreign carriers. Trump didn’t mention restrictions on Americans traveling to Europe.

In his address from the Oval Office, Trump said U.S. restrictions on people coming from China and other countries with early outbreaks of COVID-19 had held down the number of cases in the United States compared with Europe. He blamed the European Union for failing to immediately stop travel from China "and other hot spots," which he said had led to clusters of outbreaks in the U.S being "seeded by travelers from Europe."

"After consulting with our top government health professionals," Trump said, "I have decided to take several strong but necessary actions to protect the health and well-being of all Americans. To keep new cases from entering our shores, we will be suspending all travel from Europe to the United States for the next 30 days."

Homeland Security officials later clarified that the restrictions would apply only to most foreign nationals who have been in the 26-nation Schengen area of Europe in the 14 days before their scheduled arrival in the United States. The Schengen countries, which do not restrict travel among each other, include Germany, France, Italy and Spain.

As the number of coronavirus cases rise, so do concerns from travelers.

The ban won't apply to legal permanent residents of the United States or to immediate relatives of U.S. citizens. This category of people will be detailed in a formal proclamation, the officials said.

Airlines have been slashing their flight schedules, especially on international routes, to cope with a sharp decline in travel demand among fearful customers. Business travel is slowing as companies impose restrictions on employee travel and major conferences are canceled.

The World Health Organization on Wednesday labeled COVID-19 a pandemic, citing its alarming spread and severity. Some experts have raised doubts over the effectiveness of tight border controls now it has spread to so many countries.

In Asia, where the virus was first reported, governments have been imposing various restrictions on arrivals, requirements for health certificates and other precautions for over a month. Japan announced on March 5 that it will be barring entry of foreign nationals from China and South Korea, or will require a 14-day quarantine and a ban on use of public transportation. The measure, for now, is effective through the end of March, according to the Foreign Ministry.

An industry trade group warned that airlines worldwide could lose up to $113 billion in revenue from the virus — several times the damage caused by the 2001 terror attacks in the U.S. Since mid-February, shares of American Airlines have dropped by nearly half, United Airlines by more than one-third, and Delta Air Lines more than one-fourth.

It isn't just U.S. airlines feeling the pain. Germany's Lufthansa plans to cut up to half its flights because of a "drastic" drop in bookings. Cathay Pacific Airways warned Wednesday that it faces a "substantial loss" in the first half of this year. The Hong Kong-based airline canceled 90% of its flight capacity to the mainland at the start of February after Beijing told the public to avoid travel as part of efforts to contain the outbreak centered on the city of Wuhan.

With air travel and airline revenue plummeting, airlines are losing their appetite for new planes. On Wednesday, Boeing’s stock fell 18% — its biggest one-day percentage drop since 1974 — and the iconic airplane manufacturer announced a hiring freeze.

In China, more than three-fourths of virus patients have recovered and most suffered only mild or moderate symptoms, such as fever and cough. The illness can be severe and lead to pneumonia, especially in older adults and people with existing health problems.

More than 126,000 people in more than 110 countries have been infected. But the World Health Organization has emphasized the vast majority are in just four countries: China and South Korea — where new cases are declining — and Iran and Italy, where they are not. 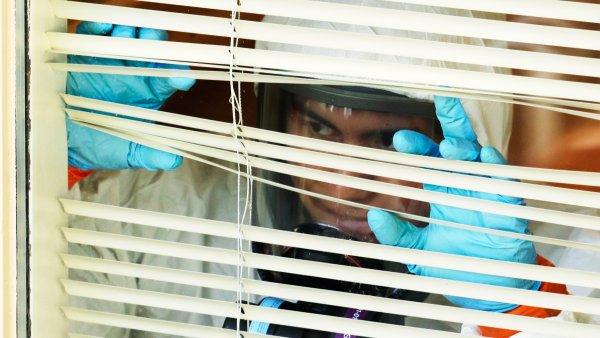 World Walls Off as Leaders Warn Viral Pandemic Will Worsen 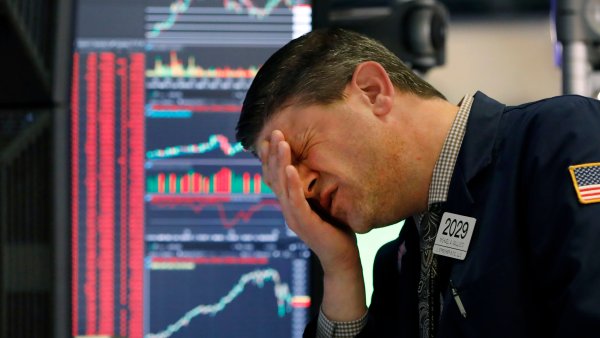 Worst Day on Wall Street Since 1987 as Virus Fears Spread

"While these new travel restrictions will be disruptive to some travelers, this decisive action is needed to protect the American public from further exposure to the potentially deadly coronavirus," DHS Secretary Chad Wolf said in a statement issued shortly after the president's address.

Wolf said he will issue further details on extra screening for Americans who have been to Europe. They will be routed through select airports, but he did not name them.

Nicholas Calio, president of Airlines for America, a trade group for many large U.S. carriers, said the ban "will hit U.S. airlines, their employees, travelers and the shipping public extremely hard. However, we respect the need to take this unprecedented action."

American Airlines is "in contact with the federal government to understand and comply with this directive," said airline spokeswoman Shannon Gilson. "The health and safety of our customers and team members remains our highest priority."

American operates up to 15 flights a day to five countries that will be affected by the ban including France and Germany.

Henry Harteveldt, a travel industry analyst in San Francisco, said the ban will push airlines including American, Delta and United to reduce flights between the U.S. and Europe, and will cast a long shadow over the peak summer travel season.

"This is going to cause a lot of people on both sides of the Atlantic to reconsider where they are going to spend their summer vacation," he said. "Leisure travelers will stay close to home, while people traveling on business will be grounded by corporate restrictions," he said.

In January, the U.S. issued a similar ban on people coming into the country from China. That policy was later extended to people who had been in Iran.