DeAndre Arnold, a Texas high school student who was suspended from school because of his dreadlocks and told he couldn’t attend graduation unless he cut them, attended the Oscars with "Hair Love" director Matthew A. Cherry.

Arnold’s story brought national attention and prompted the Texas Legislative Black Caucus to work up a bill that would ban discrimination based on hair textures and styles commonly associated with race. Cherry was eager to lend his support.

"It means the world to us to have him here with us," Cherry said on the red carpet before the show. "We wanted people to see how good of a kid he is, but also there’s no reason people should be policing our hair." 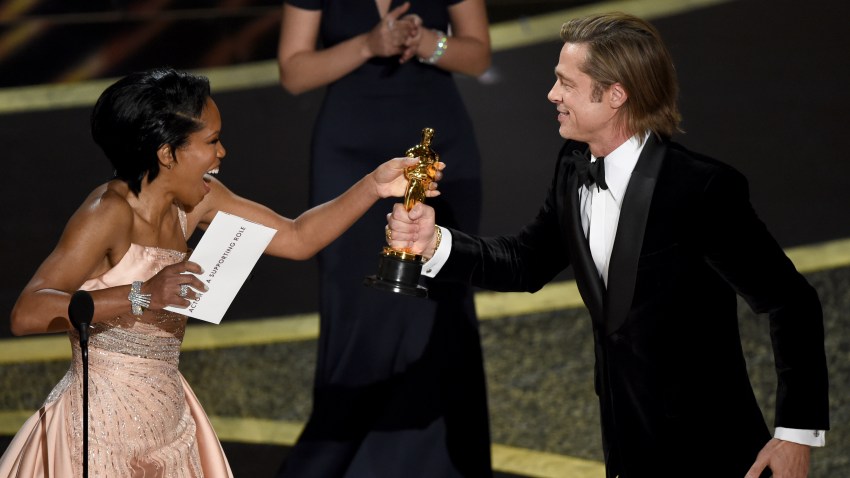 Brad Pitt Wins First Acting Oscar for ‘Once Upon a Time’ 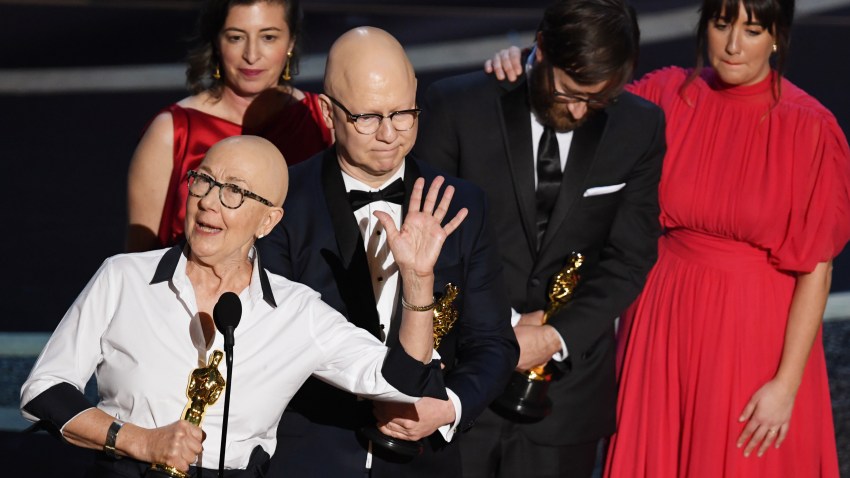 "Hair Love" is a touching story about an African-American father learning to do his daughter's hair. Cherry said he created the 6-minute film to highlight a black family in animation — which he says is a rarity — provide a positive representation for black kids and normalize black hair.

The movie won the Oscar Sunday for best animated short film, helping shine an even brighter light on Arnold's story.

In accepting his Oscar, Cherry said he hopes the film helps "normalize" black hair and get the Create a Respectful and Open World for Natural Hair (CROWN) Act passed in all 50 states in order to stop stories like Arnold's from happening. The measure would protect against "unjust grooming policies that have a disparate impact on black children, women, and men" in workplaces and public schools, according to CROWN Coalition advocate Adjoa Asamoah.

Arnold is a senior at Barbers Hill High School in Mont Belvieu, in southeast Texas. He was suspended last month and told he won't be allowed to walk at his graduation ceremony unless he cuts his dreadlocks to meet the school district's dress code, he and his family have said.

Arnold said it’s been "validating" to get backing from Cherry and other celebrities, including Ellen DeGeneres, who gifted him $20,000 toward his education.

"I’m standing strong because of the support system I have behind me," Arnold said.