An ordinary patch of grass at a Bay Area park was transformed Wednesday into a stunning tribute to Los Angeles Lakers legend Kobe Bryant, who, along with eight others, was killed in a helicopter crash in Southern California last weekend.

Situated next to a baseball diamond at a park in Pleasanton, countless blades of grass were bent in certain directions to reveal the 115-by-92 foot image of the smiling basketball superstar in his No. 24 Lakers jersey.

Kelli Pearson and her husband Pete Davis spent about one hour Wednesday morning creating the touching tribute to the 41-year-old star, who was beloved by people around the globe.

"What an amazing person," Pearson said. "A father, a husband. Just to people, charity, you name it, the guy was just amazing."

Pearson and Davis specialize in large format printing on turf. The "TurfPrinter" technology they use blows air to bend the grass in a designed direction that, when light hits it, unveils an image, which can only be seen from above.

"You look at the light and the dark stripes on a baseball field, it's basically rollers on the mower either tilting the turf away from the viewer or towards the viewer," Davis explained. "So you can see the light reflecting off of the one direction and shadowing on the other. This machine uses that same pressure roller technique, but it does it in 3-inch squares using just air."

Pearson and Davis expected Bryant's image to last for about two days before the grass naturally straightens out. 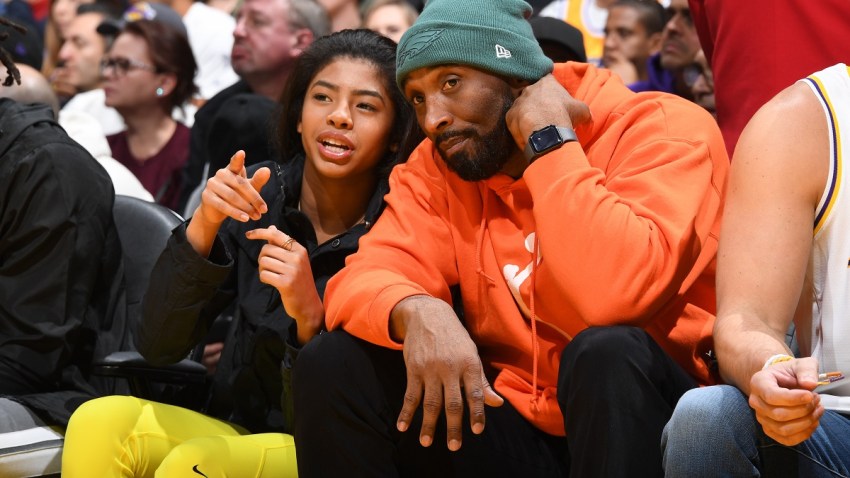 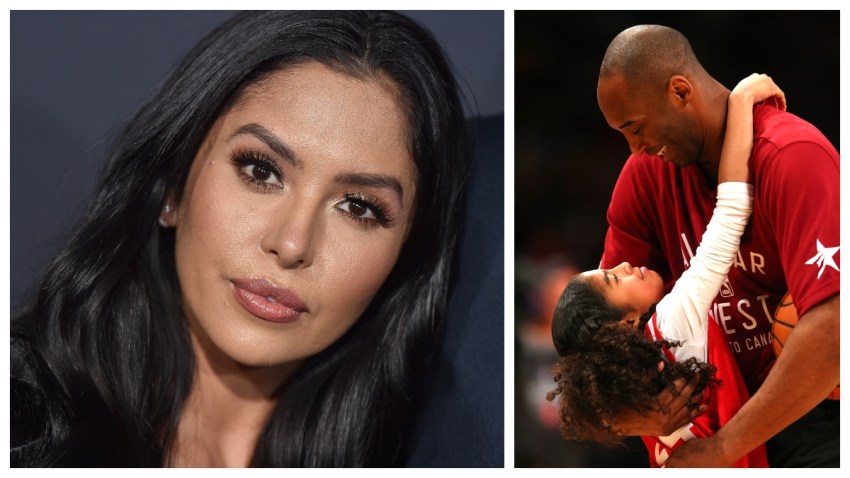 Bryant, his 13-year-old daughter Gianna and seven others were killed Sunday when the helicopter they were in crashed into a hillside in Calabasas.

Davis said he believed he had a responsibility to create something in honor of Kobe's life and legacy.

"The gentleman deserves that," Davis said. "This is Pleasanton's way of signing that little book at a funeral home saying, 'We were here and we feel for you."