Prices have been driven up by bottlenecked supply chains, robust consumer demand and disruptions to global food and energy markets worsened by Russia’s war against Ukraine

Inflation soared over the past year at its fastest pace in more than 40 years, with costs for food, gasoline, housing and other necessities squeezing American consumers and wiping out the pay raises that many people have received.

The Labor Department said Tuesday that its consumer price index jumped 8.5% in March from 12 months earlier, the sharpest year-over-year increase since December 1981. Prices have been driven up by bottlenecked supply chains, robust consumer demand and disruptions to global food and energy markets worsened by Russia’s war against Ukraine. From February to March, inflation rose 1.2% , the biggest month-to-month jump since 2005.

The government’s report also showed that inflation rose 1.2% from February to March, up from a 0.8% increase from January to February.

Across the economy, the year-over-year price spikes were widespread in March. Gasoline prices have rocketed 48% in the past 12 months. Used car prices have soared 35.3%, though they actually fell in February and March. Bedroom furniture is up 14.7%, men’s jackets suits and coats 14.5%. Grocery prices have jumped 10%, including 18% increases for both bacon and oranges.

Even excluding volatile food and energy prices, which have driven overall inflation, so-called core inflation jumped 6.5% over the past 12 months, the biggest such increase since 1982.

“The inflation fire is still out of control,'' said Christopher Rupkey, chief economist at the economic research firm FWDBONDS LLC.

The March inflation numbers were the first to capture the full surge in gasoline prices that followed Russia’s invasion of Ukraine on Feb. 24. Moscow’s brutal attacks have triggered far-reaching Western sanctions against the Russian economy and have disrupted global food and energy markets. According to AAA, the average price of a gallon of gasoline — $4.10 — is up 43% from a year ago, though it has fallen back in the past couple of weeks.

The escalation of energy prices has led to higher transportation costs for the shipment of goods and components across the economy, which, in turn, has contributed to higher prices for consumers.

The latest evidence of accelerating prices will solidify expectations that the Federal Reserve will raise interest rates aggressively in the coming months to try to slow borrowing and spending and tame inflation. The financial markets now foresee much steeper rate hikes this year than Fed officials had signaled as recently as last month.

“The Fed will be pressing firmly on the brake pedal — not just pumping the brakes — in an effort to slow demand and bring the inflation rate back down,” said Greg McBride, chief financial analyst at Bankrate.

Even before Russia’s war further spurred price increases, robust consumer spending, steady pay raises and chronic supply shortages had sent U.S. consumer inflation to its highest level in four decades. In addition, housing costs, which make up about a third of the consumer price index, have escalated, a trend that seems unlikely to reverse anytime soon.

Economists point out that as the economy has emerged from the depths of the pandemic, consumers have been gradually broadening their spending beyond goods to include more services. A result is that high inflation, which at first had reflected mainly a shortage of goods — from cars and furniture to electronics and sports equipment — has been emerging in services, too, like travel, health care and entertainment. Airline fares, for instance, have soared an average of nearly 24% in the past 12 months. The average cost of a hotel room is up 29% 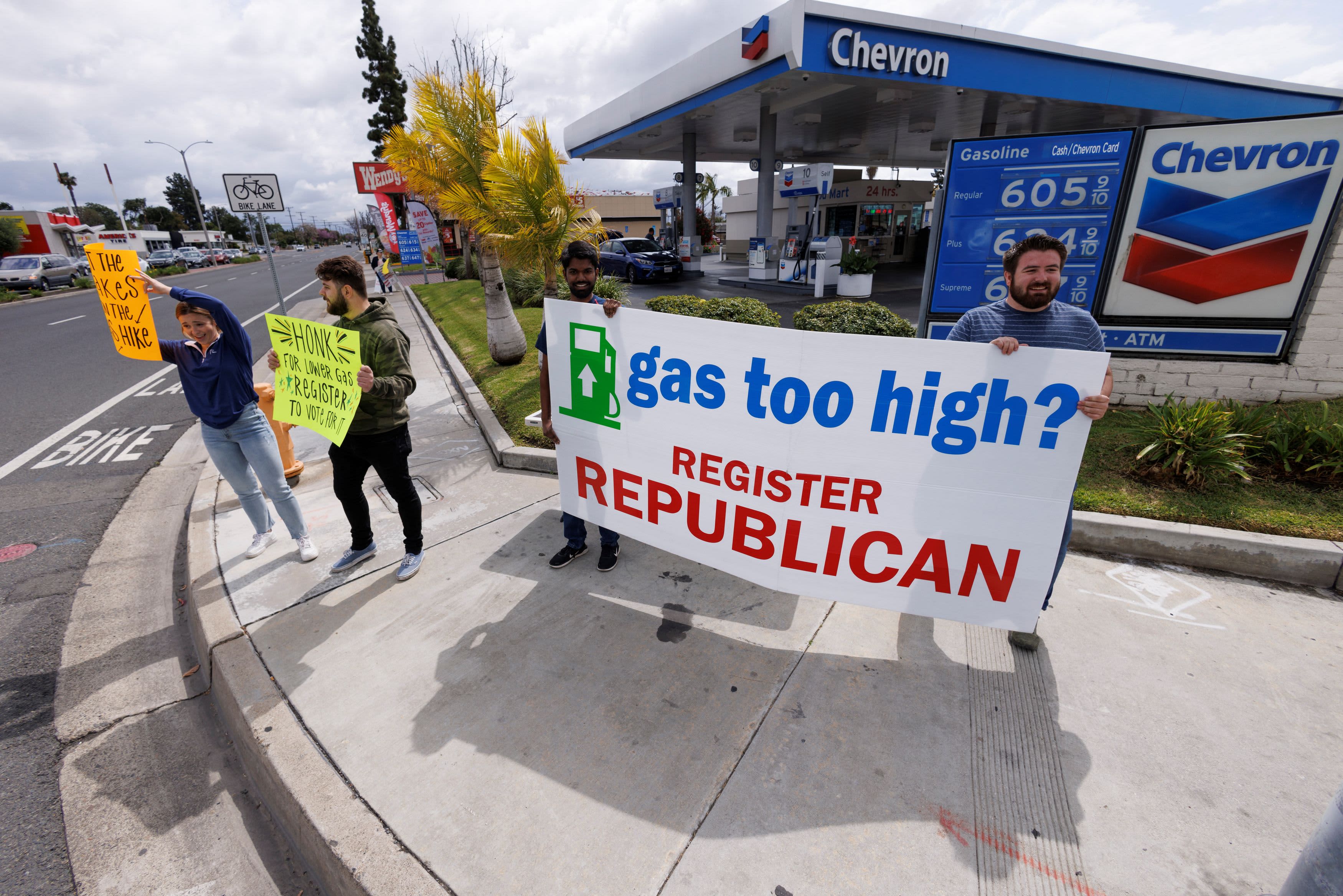 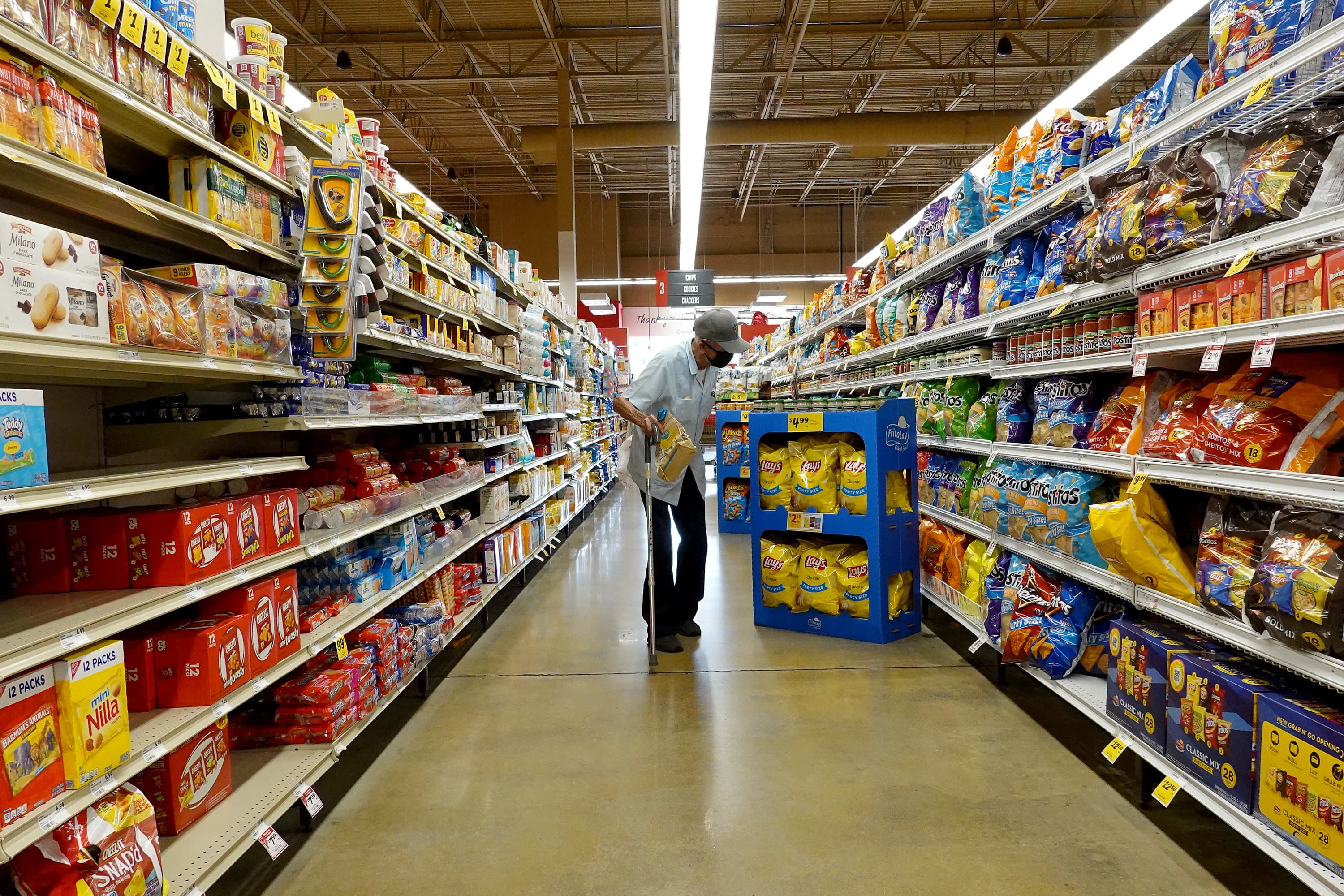 Here's How the Fed Raising Interest Rates Can Help Get Inflation Lower, and Why It Could Fail

The expected fast pace of the Fed’s rate increases will make loans sharply more expensive for consumers and businesses. Mortgage rates, in particular, though not directly influenced by the Fed, have rocketed higher in recent weeks, making home buying costlier. Many economists say they worry that the Fed has waited too long to begin raising rates and might end up acting so aggressively as to trigger a recession.

For now, the economy as a whole remains solid, with unemployment near 50-year lows and job openings near record highs. Still, rocketing inflation, with its impact on Americans’ daily lives, is posing a political threat to President Joe Biden and his Democratic allies as they seek to keep control of Congress in November’s midterm elections.

The American public’s expectation for inflation over the next 12 months has reached its highest point — 6.6% — in a survey the Federal Reserve Bank of New York has conducted since 2013.

Once public expectations for inflation rise, they can be self-fulfilling: Workers typically demand higher pay to offset their expectations for price increases, and businesses, in turn, raise prices to cover their higher labor costs. This can set off a wage-price spiral, something the nation last endured in the late 1960s and 1970s.

Economists generally express doubt that even the sharp rate hikes that are expected from the Fed will manage to reduce inflation anywhere near the central bank’s 2% annual target by the end of this year. Luke Tilley, chief economist at Wilmington Trust, said he expects year-over-year consumer inflation to still be 4.5% by the end of 2022. Before Russia’s invasion of Ukraine, he had forecast a much lower 3% rate.

Inflation, which had been largely under control for four decades, began to accelerate last spring as the U.S. and global economies rebounded with unexpected speed and strength from the brief but devastating coronavirus recession that began in the spring of 2020.

Inflation rose 7.9% in February 2022, the, the biggest rise in the consumer price index in 40 years, the Labor Department reported. But what exactly is inflation? And what is causing it?

Many Americans have been receiving pay increases, but the pace of inflation has more than wiped out those gains for most people. In February, after accounting for inflation, average hourly wages fell 2.5% from a year earlier. It was the 11th straight monthly drop in inflation-adjusted wages.

Still, for now anyway, with the job market robust, inflation has yet to dampen overall consumer spending. Levi Strauss & Co., for example, says its price increases don't seem to have fazed its customers.

That said, Adrian Mitchell, chief financial office at Macy’s, cautions that chronically high inflation will likely lead consumers to be choosier: They may spend less on department store goods and more on services like travel and dinners out.