South Korea has the third-highest national total behind China and Japan, and cases have rapidly increased in Italy and Iran in just a few days

South Korea reported another large jump in new virus cases Monday a day after the president called for "unprecedented, powerful" steps to combat the outbreak that is increasingly confounding attempts to stop the spread.

China also Monday reported 409 new cases, raising the mainland's total to 77,150 after a zigzag pattern of increases in recent days. The 150 new deaths from the COVID-19 illness raised China's total to 2,592 and showed a spike after hovering around 100 for four days. All but one death were in Hubei province, where the outbreak emerged in December.

Significant jumps in cases outside China have raised concern of the outbreak getting out of control. South Korea has the third-highest national total behind China and Japan, and cases have rapidly increased in Italy and Iran in just a few days.

Most of Japan's cases were from the Diamond Princess cruise ship, where nearly one-fifth of its 3,711 passengers and crew became infected.

More than 140 of South Korea's new cases were in and near Daegu, the city of 2.5 million people where most of the country’s infections have occurred. Five of the seven deaths were linked to a hospital in Cheongdo, near Daegu, where a slew of infections were confirmed among patients in a mental ward.

While officials have expressed hope they could contain the outbreak to the region surrounding Daegu, some experts noted signs of the virus circulating nationwide, pointing to a number of cases in the capital, Seoul, and elsewhere that weren't immediately traceable.

"In Daegu, the number of new cases that are being confirmed by tests is quite large, and if we fail to effectively stem community transmissions in this area, there would be a large possibility (that the illness) spreads nationwide," South Korean Vice Health Minister Kim Gang-lip said in a briefing, saying that the government aims to stabilize Daegu’s situation in four weeks.

He said that health officials plan to test all of the city’s residents exhibiting cold-like symptoms, which he said would be about 28,000 people. Health workers are also screening some 9,000 followers of the Daegu branch of the Shincheonji Church of Jesus, where a woman in her 60s attended two services before testing positive for the virus. 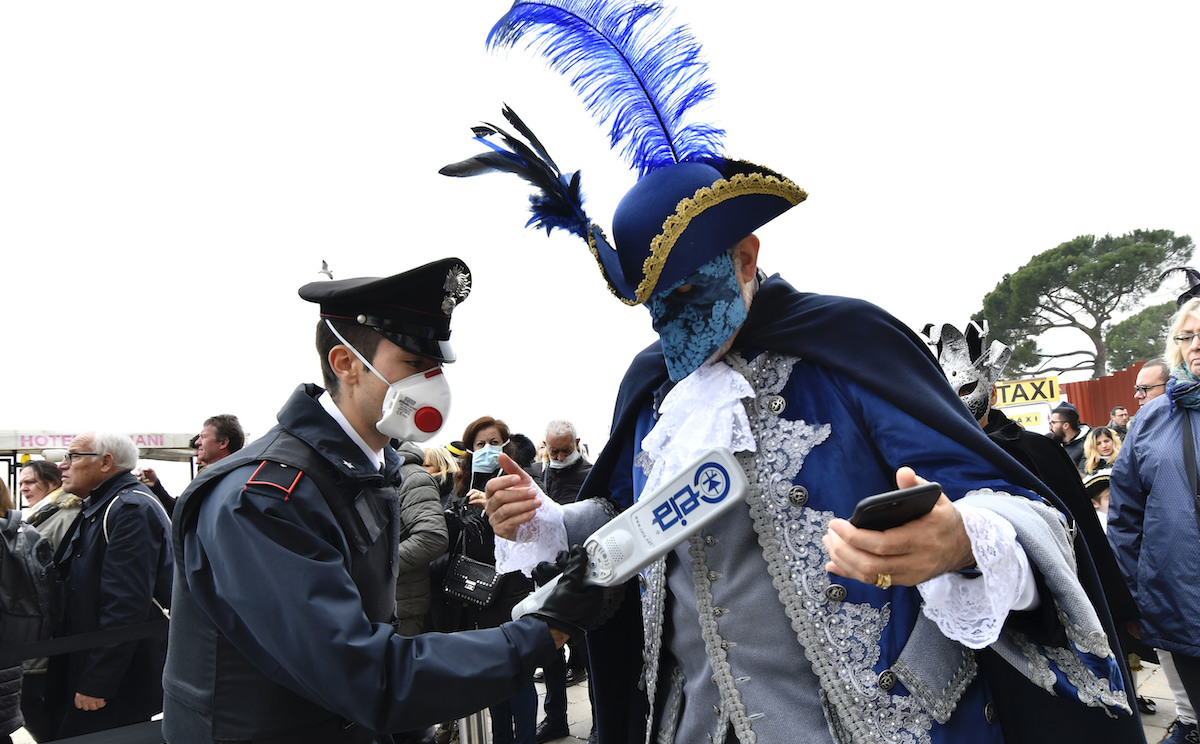 ‘A Crisis and a Big Test': China's Xi Says Epidemic ‘Grim,' Calls for Action on Economy

Of the country’s 161 new cases, 129 were related to the church. Officials are also investigating a possible link between churchgoers and the spike in infections at a hospital in nearby Cheongdo.

The national government has shuttered schools, cancelled events, and asked companies to scatter working hours and keep employees at home if they experience coughs or other respiratory symptoms. It advised people to avoid crowded indoor spaces and pleaded that those who recently visited Daegu or nearby areas stay at home if possible for two weeks, asking reporters to exercise the same caution.

Seoul's Mayor Park Won-soon scattered the working hours of some 40,000 city employees to ease transit congestion and warned of sterner action against protesters who defied a ban on rallies in major downtown areas that was meant to stop the spread of the virus.

Far from where the illness first emerged, authorities in Italy battled to contain Europe's first major outbreak and Iran reported eight deaths — the highest toll outside of China. Some of the clusters in recent days have no link to China, a worrying sign of the virus spread.

The Iranian health ministry has reported 43 cases since Wednesday and several countries reported cases connected to travel to Iran. Kuwait confirmed its first cases Monday in three people who had traveled from Iran, and Bahrain reported its first case, also a traveler returning from Iran. The United Arab Emirates said new cases there included Iranian tourists.

A number of countries have closed their borders with Iran or effectively barred travelers from there, a similar step to the actions numerous countries have taken to ward off the spread of the illness from China.

In Italy’s northern Lombardy region, which includes the nation’s financial capital, Milan, the governor announced Sunday that the number of confirmed cases stood at 110. Italy now has 152 cases, the largest number outside of Asia, including three deaths.

Venice, which is full of tourists for Carnival events, reported its first two cases, said Veneto Gov. Luca Zaia, whose region includes the lagoon city. It wasn't immediately known if the two infected had participated in Carnival festivities.

As Italy scrambled to check the spread of the virus, authorities announced that all Carnival events had been called off as well as major league soccer matches in the stricken region. Cinemas and theaters were also ordered shuttered, including Milan's legendary La Scala.

Warning that China’s virus epidemic is "still grim and complex," President Xi Jinping called for more efforts to stop the outbreak, revive industry and prevent the disease from disrupting spring planting of crops. Xi defended the ruling Communist Party’s response as "timely and effective" in a video conference with officials in charge of anti-disease work, according to the official Xinhua News Agency.

Meanwhile, a diplomatic row erupted after Israel turned back a South Korean airliner, underscoring fear and tensions over the outbreak.

A Korean Air flight with 188 passengers that landed at Tel Aviv's Ben Gurion airport Saturday evening was taxied away from the terminal while authorities allowed only 11 Israelis to enter the country. The plane returned to South Korea with the rest of the passengers on Sunday.

Israel's Foreign Ministry issued travel warnings to South Korea and Japan due to the coronavirus, and the Health Ministry ordered Israelis returning from those countries to remain in home quarantine, as previously ordered for those returning from Hong Kong, China, Macau, Thailand and Singapore.