Russia and Ukraine kept a fragile diplomatic path open with a new round of talks Monday even as Moscow's forces pounded away at Kyiv and other cities across the country in a punishing bombardment the Red Cross said created “nothing short of a nightmare” for civilians.

Meanwhile, a convoy of 160 civilian cars left the encircled port city of Mariupol along a designated humanitarian route, the city council reported, in a rare glimmer of hope a week and a half into the lethal siege that has pulverized homes and other buildings and left people desperate for food, water, heat and medicine.

The latest negotiations, held via video conference, were the fourth round involving higher-level officials from the two countries and the first in a week. The talks ended without a breakthrough after several hours, with an aide to Ukrainian President Volodymyr Zelenskyy saying the negotiators took “a technical pause” and planned to meet again Tuesday.

The two sides had expressed some optimism in the past few days. Mykhailo Podolyak, the aide to Zelenskyy, tweeted that the negotiators would discuss “peace, ceasefire, immediate withdrawal of troops & security guarantees.” 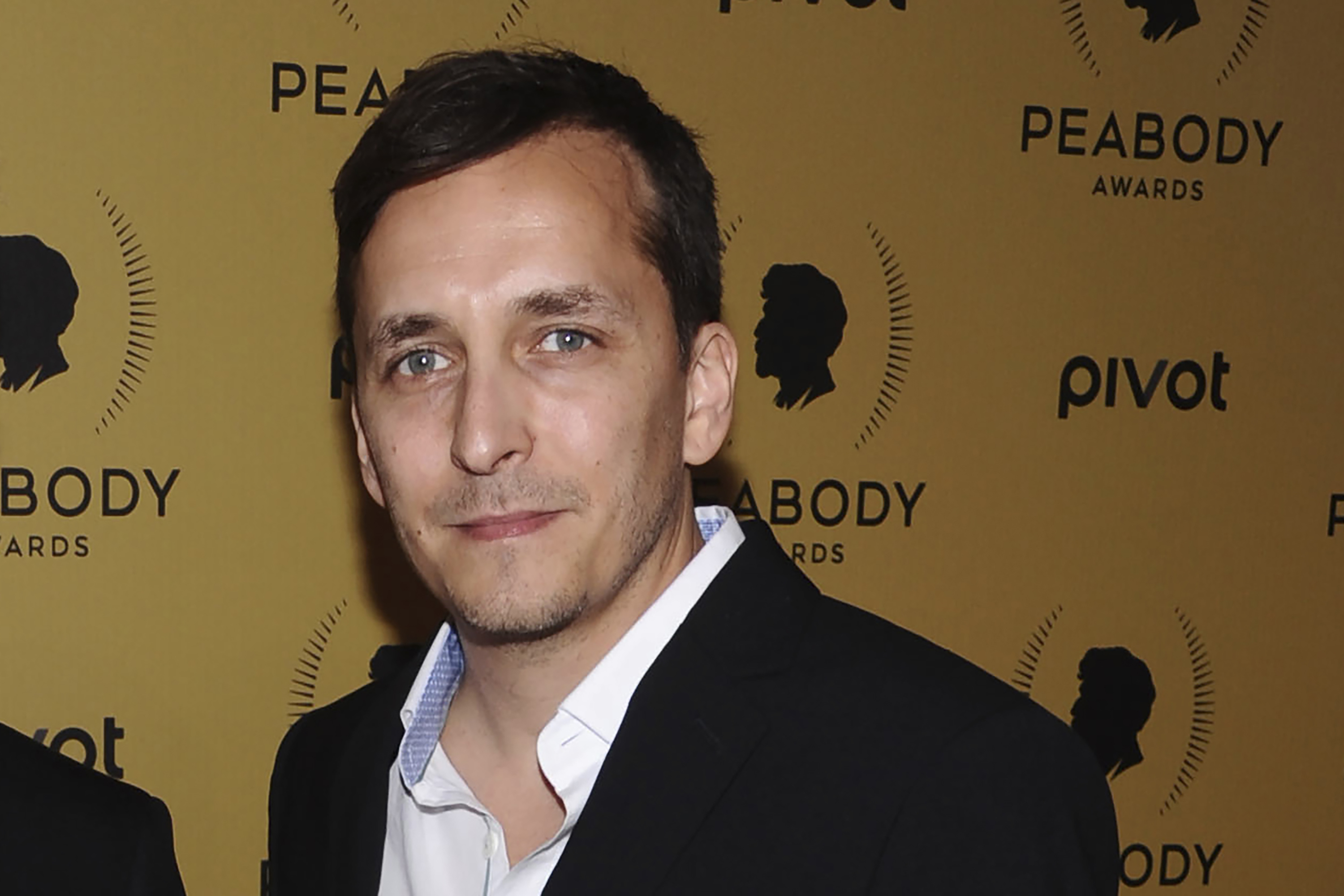 Previous discussions, held in person in Belarus, produced no lasting humanitarian routes or agreements to end the fighting.

In Washington, White House press secretary Jen Psaki said Monday that while the Biden administration supports Ukraine’s participation in the talks with Russia, Russian President Vladimir Putin would have to show signs of de-escalating in order to demonstrate good faith.

“And what we’re really looking for is evidence of that, and we’re not seeing any evidence at this point that President Putin is doing anything to stop the onslaught or de-escalate,” she said.

Overall, nearly all of the Russian military offensives remained stalled after making little progress over the weekend, according to a senior U.S. defense official who spoke on condition of anonymity to discuss the Pentagon's assessment. Russian troops were still about 15 kilometers (9 miles) from the center of Kyiv, the official said.

The official said that Russian forces have launched more than 900 missiles but that Ukraine's airspace is still contested, with Russia not achieving total air superiority.

Overnight, air raid alerts sounded in cities and towns around the country, from near the Russian border in the east to the Carpathian Mountains in the west, and fighting continued on the outskirts of Kyiv. Ukrainian officials said Russian forces shelled several suburbs of the capital.

Ukrainian authorities said two people were killed when the Russians struck an airplane factory in Kyiv, sparking a large fire. The Antonov factory is Ukraine’s largest aircraft plant and produces many of the world’s biggest cargo planes.

And a Russian airstrike near a Ukrainian checkpoint caused extensive damage to a downtown Kyiv neighborhood, killing one person, Ukraine's emergency agency said.

Kateryna Lot said she was in her apartment as her child did homework when they heard a loud explosion and ran to take shelter.

“The child became hysterical. Our windows and the balcony were shattered. Part of the floor fell down,” she said. “It was very, very scary.”

In an area outside Kyiv, Fox News reporter Benjamin Hall was injured while reporting and was hospitalized, the network said.

In Russia, the live main evening news program on state television was briefly interrupted by a woman who walked into the studio holding a poster against the war. The OVD-Info website that monitors political arrests said she was a Channel 1 employee who taken into police custody.

A town councilor for Brovary, east of Kyiv, was killed in fighting there, officials said. Shells also fell on the Kyiv suburbs of Irpin, Bucha and Hostomel, which have seen some of the worst fighting in Russia’s stalled attempt to take the capital, local authorities said.

Airstrikes were reported across the country, including the southern city of Mykolaiv, and the northern city of Chernihiv, where heat was knocked out to most of the town. Explosions also reverberated overnight around the Russian-occupied Black Sea port of Kherson.

Russian forces continue their assault on the Ukraine port city of Mariupol on Saturday, shelling a mosque that was sheltering more than 80 people, including children, according to the Ukrainian government. Fighting also raged on the outskirts of Ukraine’s capital, Kyiv.

Nine people were killed in a rocket attack on a TV tower in the western village of Antopol, according to the region's governor.

In the eastern city of Kharkiv, firefighters doused the smoldering remains of a four-story residential building. It was unclear whether there were casualties.

In the southern city of Mariupol, where the war has produced some of the greatest suffering, the city council didn’t say how many people were in the convoy of cars headed westward for the city of Zaporizhzhia. But it said a cease-fire along the route appeared to be holding.

Previous attempts to evacuate civilians and deliver humanitarian aid to the city of 430,000 were thwarted by fighting.

Ukraine’s military said it repelled an attempt Monday to take control of Mariupol by Russian forces, who were forced to retreat. Satellite images from Maxar Technologies showed fires burning across the city, with many high-rise apartment buildings heavily damaged or destroyed.

The Kremlin-backed leader of the Russian region of Chechnya said on a messaging app that Chechen fighters were spearheading the offensive on Mariupol.

Robert Mardini, director-general of the International Committee of the Red Cross, said the war has become “nothing short of a nightmare" for those living in besieged cities, and he pleaded for safe corridors for civilians to leave and humanitarian aid to be brought in.

"The situation cannot, cannot continue like this,” he said. “History is watching what is happening in Mariupol and other cities."

A pregnant woman who became a symbol of Ukraine’s suffering when she was photographed being carried from a bombed maternity hospital in Mariupol last week has died along with her baby, The Associated Press has learned.

Mariupol residents including Natalia Koldash rushed to shelter inside a building Sunday as an unidentified plane passed overhead.

“We have no information at all,” Koldash said. “We know nothing. It looks like we are living in a deep forest."

Associated Press video showed debris from a damaged residential building and another building that a young man named Dima described as an elementary school.

“There was no military at this school,” he said. “It’s unclear why it was hit.”

The Russian military said 20 civilians in the separatist-controlled city of Donetsk in eastern Ukraine were killed by a ballistic missile launched by Ukrainian forces. The claim could not be independently verified.

The U.N. has recorded at least 596 civilian deaths since Russia invaded Ukraine on Feb. 24, though it believes the true toll is much higher. Millions more have fled their homes, with more than 2.8 million crossing into Poland and other neighboring countries in what the U.N. has called Europe’s biggest refugee crisis since World War II.

“All day crying from the pain of having to part with loved ones, with my husband, my parents,” 33-year-old refugee Alexandra Beltuygova said in the Polish border town of Przemysl after fleeing the industrial Ukrainian city of Dnipro.

“I understand that we may not see them. I wish this war would end,” she said.

Russia’s military is bigger and better equipped than Ukraine’s, but its troops have faced stiffer-than-expected resistance, bolstered by arms supplied by the West.

Two administration officials, speaking on condition of anonymity to discuss sensitive information, said China had signaled to Moscow that it would be willing to provide both military support in Ukraine and financial backing to help stave off effects of Western sanctions, which include a fourth set of EU sanctions announced late Monday.

The Kremlin has denied asking China for military equipment to use in Ukraine.

Kremlin spokesman Dmitry Peskov said that “Russia has its own potential to continue the operation” and that it was “unfolding in accordance with the plan and will be completed on time and in full.”

The U.S. Embassy in Kyiv shared this video on social media of technicians in Ukraine defusing a bomb in Chernihiv, Ukraine.

Associated Press journalists from around the world contributed to this report.