Ramadan Kicks Off in Middle East Amid Soaring Prices

The Muslim holy month of Ramadan — when the faithful fast from dawn to dusk — began at sunrise Saturday in much of the Middle East, where Russia's invasion of Ukraine has sent energy and food prices soaring.

The conflict cast a pall over Ramadan, when large gatherings over meals and family celebrations are a tradition. Many in the Southeast Asian nation of Indonesia planned to start observing Sunday and some Shiites in Lebanon, Iran and Iraq were also marking the start of Ramadan a day later.

Muslims follow a lunar calendar and a moon-sighting methodology can lead to different countries declaring the start of Ramadan a day or two apart.

Jordan, a predominantly Sunni country, also said the first day of Ramadan would be on Sunday, in a break from following Saudi Arabia. The kingdom said the Islamic religious authority was unable to spot the crescent moon indicating the beginning of the month.

Indonesia’s second-largest Islamic group, Muhammadiyah, which counts more than 60 million members, said that according to its astronomical calculations Ramadan begins Saturday. But the country's religious affairs minister had announced Friday that Ramadan would start on Sunday, after Islamic astronomers in the country failed to sight the new moon. 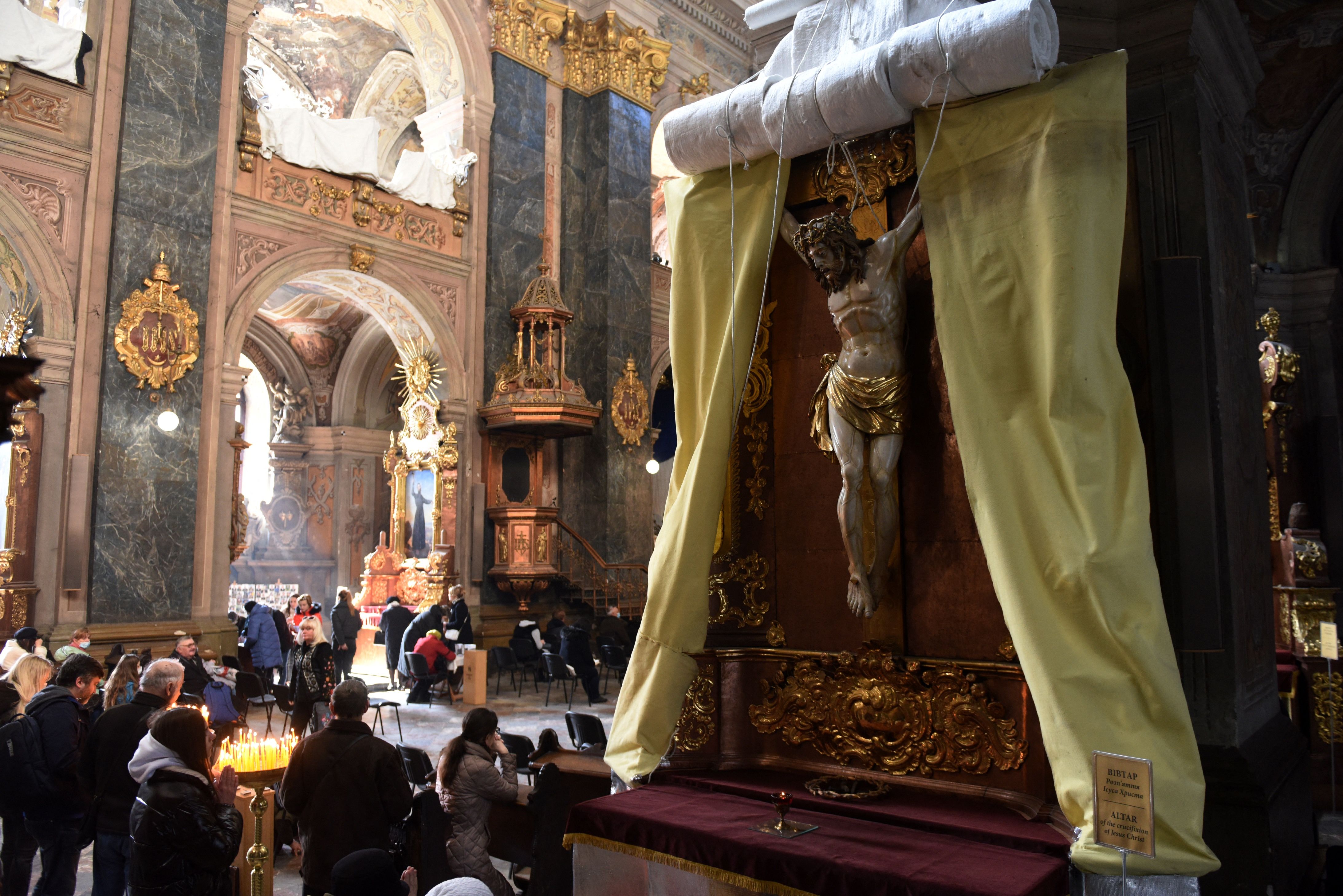 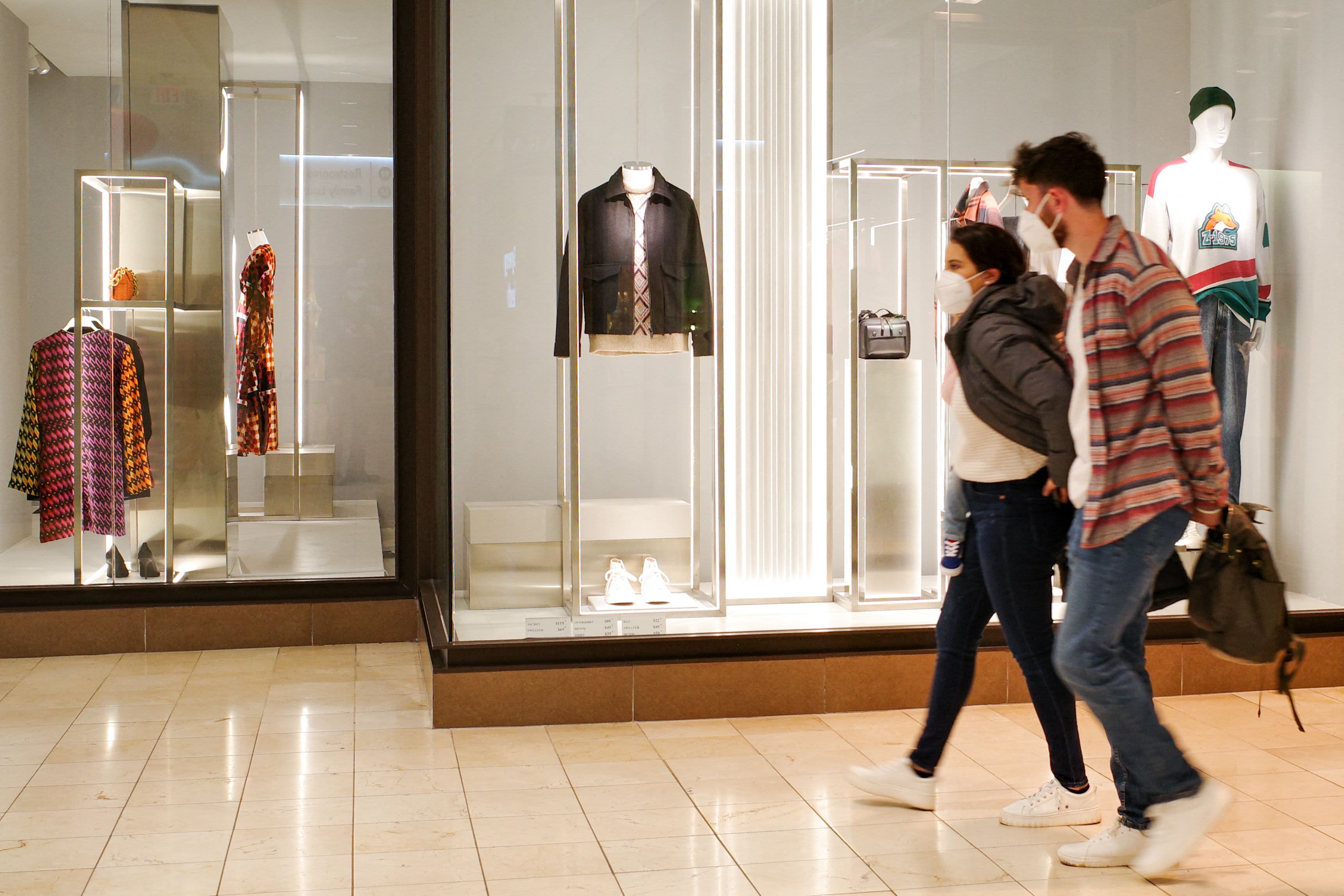 The Fed's Preferred Inflation Gauge Rose 5.4% in February, the Highest Since 1983

It wasn't the first time the Muhammadiyah has offered a differing opinion on the matter, but most Indonesians — Muslims comprise nearly 90% of the country’s 270 million people — are expected to follow the government’s official date.

Many had hoped for a more cheerful Ramadan after the coronavirus pandemic cut off the world’s 2 billion Muslims from rituals the past two years.

With Russia’s invasion of Ukraine, however, millions of people in the Middle East are now wondering where their next meals will come from. The skyrocketing prices are affecting people whose lives were already upended by conflict, displacement and poverty from Lebanon, Iraq and Syria to Sudan and Yemen.

Ukraine and Russia account for a third of global wheat and barley exports, which Middle East countries rely on to feed millions of people who subsist on subsidized bread and bargain noodles. They are also top exporters of other grains and sunflower seed oil used for cooking.

Egypt, the world’s largest wheat importer, has received most of its wheat from Russia and Ukraine in recent years. The country’s currency has also taken a dive in recent days, adding to other pressures driving up prices.

Shoppers in the capital Cairo turned out earlier this week to stock up on groceries and festive decorations, but many had to buy less than last year because of the soaring prices.

Ramadan tradition calls for colorful lanterns and lights strung throughout Cairo's narrow alleys and mosques. Some people with the means to do so set up tables on the streets to dish up free post-fast Iftar meals for the poor. The practice is known in the Islamic world as “Tables of the Compassionate.”

“This could help in this situation,” said Rabei Hassan, the muezzin of a mosque in Giza as he bought vegetables and other food from a nearby market. “People are tired of the prices.”

Worshippers attended mosque for hours of evening prayers, or “tarawih.” On Friday evening, thousands of people packed the al-Azhar mosque after attendance was banned for the past two years to stem the pandemic.

“They were difficult (times). ... Ramadan without tarawih at the mosque is not Ramadan,” said Saeed Abdel-Rahman, a 64-year-old retired teacher as he entered al-Azhar for prayers.

Soaring prices exacerbated the woes of Lebanese already facing a major economic crisis. Over the past two years, the currency collapsed and the country’s middle class was plunged into poverty. The country’s meltdown has also brought on severe shortages in electricity, fuel and medicine.

In the Gaza Strip, few people were shopping Friday in markets usually packed at this time of year. Merchants said Russia’s war on Ukraine has sent prices skyrocketing, alongside the usual challenges, putting a damper on the festive atmosphere that Ramadan usually creates.

The living conditions of the 2.3 million Palestinians in the impoverished coastal territory are tough, compounded by a crippling Israeli-Egyptian blockade since 2007.

Toward the end of Ramadan last year, a deadly 11-day war between Gaza’s Hamas rulers and Israel cast a cloud over festivities, including the Eid al-Fitr holiday that follows the holy month. It was the fourth bruising war with Israel in just over a decade.

In Iraq, the start of Ramadan highlighted widespread frustration over a meteoric rise in food prices, exacerbated in the past month by the war in Ukraine.

Suhaila Assam, a 62-year-old retired teacher and women’s rights activist, said she and her retired husband are struggling to survive on their combined pension of $1,000 a month, with prices of cooking oil, flour and other essentials having more than doubled.

“We, as Iraqis, use cooking oil and flour a lot. Almost in every meal. So how can a family of five members survive?” she asked.

Akeel Sabah, 38, is a flour distributor in the Jamila wholesale market, which supplies all of Baghdad’s Rasafa district on the eastern side of the Tigris River with food. He said flour and almost all other foodstuffs are imported, which means distributors have to pay for them in dollars. A ton of flour used to cost $390. “Today I bought the ton for $625,” he said.

“The currency devaluation a year ago already led to an increase in prices, but with the ongoing (Ukraine) crisis, prices are skyrocketing. Distributors lost millions,” he said.

In Istanbul, Muslims held the first Ramadan prayers in 88 years in Hagia Sophia, nearly two years after the iconic former cathedral was converted into a mosque.

Worshippers filled the 6th-century building and the square outside Friday night for tarawih prayers led by Ali Erbas, the government head of religious affairs. Although converted for Islamic use and renamed the Grand Hagia Sophia Mosque in July 2020, COVID-19 restrictions had limited worship at the site.

“After 88 years of separation, the Hagia Sophia Mosque has regained the tarawih prayer,” Erbas said, according to the state-run Anadolu Agency.