"I think Mr. Putin is very clever in terms of playing to Mr. Trump's interest in being flattered"

A day after being criticized by President Donald Trump, a former CIA director questioned whether Russian President Vladimir Putin was manipulating Trump with flattery during the president's lengthy trip to Asia.

Trump's trip was meant to be centered on trade and North Korea, and on Monday, he will talk with Philippine President Rodrigo Duterte, who has overseen a bloody drug war that has featured extrajudicial killings. But Trump remains dogged by things he has said, and not said, about Russia.

He tried to have it both ways Sunday on the issue of Russian interference in last year's presidential race, saying he believes both the U.S. intelligence agencies when they say Russia meddled and Putin's sincerity in claiming that his country did not.

"I believe that he feels that he and Russia did not meddle in the election," Trump said in Hanoi, Vietnam.

"As to whether I believe it, I'm with our agencies," Trump said. "As currently led by fine people, I believe very much in our intelligence agencies."

But just a day earlier, he had lashed out at the former heads of the U.S. intelligence agencies, dismissing them as "political hacks" and claiming there were plenty of reasons to be suspicious of their findings that Russia meddled to help Trump defeat Democrat Hillary Clinton. 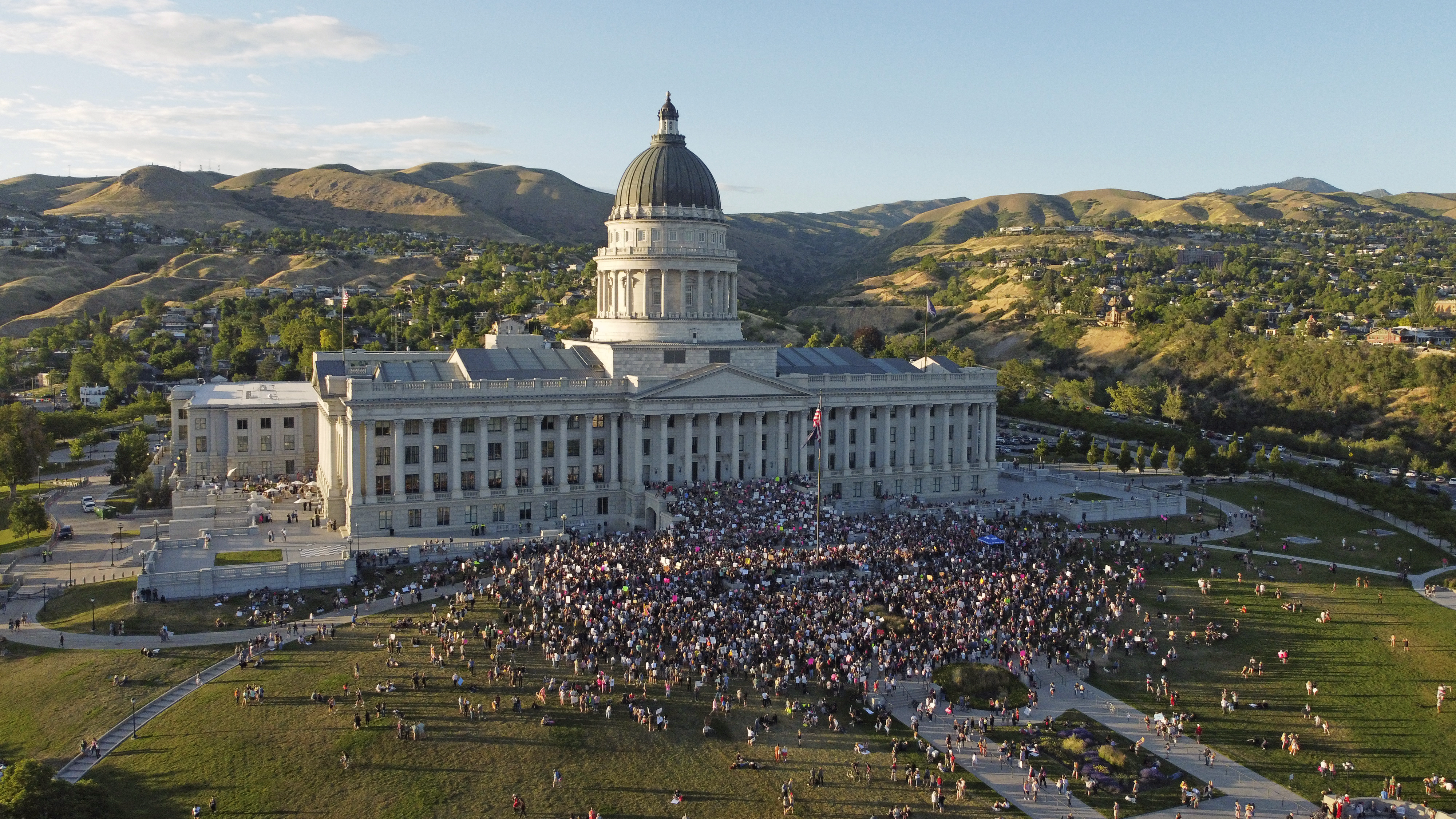 "I think Mr. Putin is very clever in terms of playing to Mr. Trump's interest in being flattered. And also I think Mr. Trump is, for whatever reason, either intimidated by Mr. Putin, afraid of what he could do or what might come out as a result of these investigations," Brennan said.

Clapper called the threat from Russia "manifest and obvious."

"To try to paint it in any other way is, I think, astounding and, in fact, poses a peril to this country," he said on CNN.

"I think he's giving Putin a pass and I think it demonstrates to Putin that Donald Trump can be played by foreign leaders who are going to appeal to his ego and play upon his securities," Brennan said.

Questions about whether Trump believes the assessment about Russian election-meddling have trailed him since January, when he said for the first time, shortly before taking office, that he accepted that Russia was behind the election-year hacking of Democrats that roiled the White House race.

A special counsel's examination of potential collusion between Moscow and Trump campaign aides so far has led to indictments against Trump's former campaign chairman and another top aide for crimes unrelated to the campaign, and a guilty plea from a Trump foreign policy adviser for lying to the FBI.

Trump told reporters traveling with him to Hanoi on Saturday that Putin had again vehemently denied the allegations. The two spoke during an economic conference in Danang, Vietnam. Trump danced around questions about whether he believed Putin but stressed Putin's denials.

"Every time he sees me, he says: 'I didn't do that.' And I believe — I really believe — that when he tells me that, he means it," Trump said, arguing that it makes no sense for him to belabor the issue when Russia could help the U.S. on North Korea, Syria and other issues.

In Hanoi on Sunday, Trump also pointed to sanctions the U.S. has imposed on Russia as punishment for election meddling. "They were sanctioned at a very high level, and that took place very recently," he said. "It's now time to get back to healing a world that is shattered and broken."

Trump was originally slated to depart Manila for Washington on Monday. He added a day to the schedule amid criticism that he would have missed the final summit.

In addition to meeting with Duterte, Trump is expected to attend the Association for Southeast Asian Nations conference on Monday to urge allies to pressure North Korea to give up its nuclear weapons program. And he is expected, in meetings with other leaders, to push his agenda for bilateral, rather than multinational, trade agreements.