Not a single hurricane has hit Puerto Rico this year, but hundreds of thousands of people in the U.S. territory feel like they’re living in the aftermath of a major storm: Students do homework by the light of dying cellphones, people who depend on insulin or respiratory therapies struggle to find power sources and the elderly are fleeing sweltering homes amid record high temperatures.

Power outages across the island have surged in recent weeks, with some lasting several days. Officials have blamed everything from seaweed to mechanical failures as the government calls the situation a “crass failure” that urgently needs to be fixed.

The daily outages are snarling traffic, frying costly appliances, forcing doctors to cancel appointments, causing restaurants, shopping malls and schools to temporarily close and even prompting one university to suspend classes and another to declare a moratorium on exams. 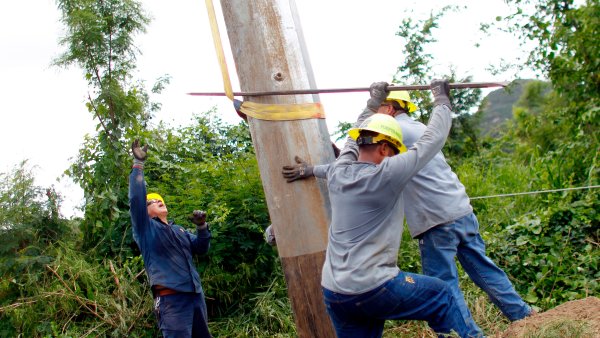 Puerto Rico Is on the Brink of a Power Supply Crisis 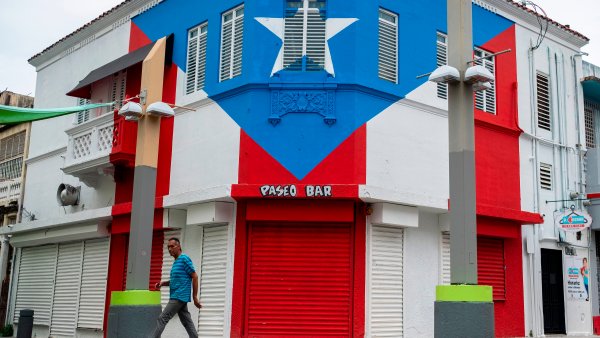 “This is hell,” said Iris Santiago, a 48-year-old with chronic health conditions who often joins her elderly neighbors outside when their apartment building goes dark and the humid heat soars into the 90s Fahrenheit.

“Like any Puerto Rican, I live in a constant state of anxiety because the power goes out every day,” she said. “Not everyone has family they can run to and go into a home with a generator.”

Santiago recently endured three days without power and had to throw out the eggs, chicken and milk that spoiled in her refrigerator. She said power surges also caused hundreds of dollars of damage to her air conditioner and refrigerator.

Puerto Rico’s Electric Power Authority, which is responsible for the generation of electricity, and Luma, a private company that handles transmission and distribution of power, have blamed mechanical failures at various plants involving components such as boilers and condensers. In one recent incident, seaweed clogged filters and a narrow pipe.

Luma also has implemented selective blackouts in recent weeks that have affected a majority of its 1.5 million clients, saying demand is exceeding supply.

Luma took over transmission and distribution in June. Puerto Rico’s governor said the company had pledged to reduce power interruptions by 30% and the length of outages by 40%.

Critics say Puerto Rico's power grid isn’t much more resilient than it was before Hurricane Maria, despite billions of dollars awarded in contracts. After Maria, some Puerto Ricans went nine months without power, and they fear it could happen again this hurricane season. NBCLX storyteller Bianca Graulau spoke to a family who lost a loved one when he had an asthma attack after the hurricane and no electricity to use his breathing machine.

In September 2016, a fire at a power plant sparked an island-wide blackout. A year later, Hurricane Maria hit as a Category 4 storm, shredding the aging power grid and leaving some customers up to a year without power.

Emergency repairs were done, but reconstruction work to strengthen the grid has yet to start.

“We’re on the verge of a collapse,” said Juan Alicea, a former executive director of the authority.

He said three main factors are to blame: Officials halted maintenance of generation units under the erroneous belief they would soon be replaced. Scores of experienced employees have retired. And investment to replace aging infrastructure has dwindled.

Puerto Rico’s power generation units are on average 45 years old, twice those of the U.S. mainland.

Luma has said it expects to spend $3.85 billion to revamp the transmission and distribution system and company CEO Wayne Stensby said Luma has made significant progress in stabilizing it. He noted that crews have restarted four substations, some of which had been out of operation since Hurricane Maria.

Pierluisi himself has faced calls to resign — hundreds gathered to protest near the governor's mansion on Friday — and many are demanding that the government cancel Luma's contract.

Puerto Rico was already the first to impose the strictest lockdown in the US due to coronavirus, and then the governor kicked it up a notch. She's restricting what days people can go out to get essential things like food and medicine based on their license plates.

The president of the power authority’s governing board resigned last week and a new executive director, Josué Colón, was appointed, promising to visit all generation units to pinpoint the problem.

“I recognize the critical condition that they’re in,” he said. “We’re not going to stop until the problem is corrected.”

Some people have taken to banging pots at night in frustration in addition to organizing protests.

Among those planning to join is Carmen Cabrer, a 53-year-old asthmatic and diabetic. She has been unable to use her nebulizer and recently had to throw out insulin for lack of refrigeration. The heat forces her to open her windows and breathe in pollution that aggravates her asthma. She cooks and washes clothes at irregular hours, fearing the power will go out again.

“This has turned into abuse,” she said of the outages. “I’m constantly tense.”

The outages are especially aggravating because power bills have been rising and the pandemic has forced many people to work or study from home.

Barbra Maysonet, a 30-year-old call center operator who works from home, said she sometimes loses an entire shift and doesn’t get paid for lack of power. She’s hesitant to work at the office because she doesn't want to expose her mother and grandmother to COVID-19.

“It really puts a dent in my paycheck,” she said. “I have to rethink things. ... I’m going to have to risk my health just to be able to pay the rest of the bills.”

Like other Puerto Ricans, Maysonet has modified her diet, turning to canned goods, snacks and crackers that won't spoil in a power outage.

“Just when I’m about to cook something, the power goes out. Then it’s, ‘I guess I’m having another bowl of cereal,’” she said.

Those who can afford it buy generators or invest in solar panels, but budgets are tight for many on an island mired in a deep economic crisis and a government that is effectively bankrupt.

Even attempts to rely on alternate sources of energy often are frustrating.

NBCLX storyteller Bianca Graulau examines the history of the island’s unusual relationship with the U.S., and the statehood debate that has divided even Puerto Ricans.

Manuel Casellas, an attorney who recently served as president of his 84-unit condominium complex, said the owners agreed to buy a generator more than a year ago at a cost of $100,000. However, they first need a power company official to connect the generator to the grid. He has made four appointments, and said officials canceled them all at the last minute without explanation.

“This has created great annoyance,” he said. “This is a building with many elderly people.”

Casellas himself has at times been unable to work at home or the office because of power outages at both. If he can't meet with clients, he doesn't get paid. Like others, he is considering leaving Puerto Rico.

“Every time the power goes out here it pushes your post-traumatic stress button,” he said, referring to the harrowing experiences many went through after Hurricane Maria, with an estimated 2,975 people dying in the aftermath. “You can’t live without electricity.”