Jockey Jose Ortiz, 24, remembers the last time he visited the school in Puerto Rico that kick-started his horse racing career.

The teacher in charge at Escuela Vocacional Hípica, the Vocational Equestrian School of Puerto Rico (VES), in Canóvanas, east of San Juan, asked the incoming class if they knew who their visiting guest was.

“The ones who knew me made me feel as if I was someone big,” Ortiz recalled in between races recently at his home racetrack, New York City's Aqueduct. “This is the moment you realize everything you’ve worked for and that you were here, sitting, in that very same room.”

It was early February and the incoming class of jockeys didn’t have basic training facilities, because the school's grounds were still torn apart by Hurricane Maria. Yet there he was, standing in front of 15 jockeys, many from humble origins, having taken home for the first time the Outstanding Jockey Award in the Eclipse Awards by The National Thoroughbred Racing Association, one of the top honors a jockey can earn. 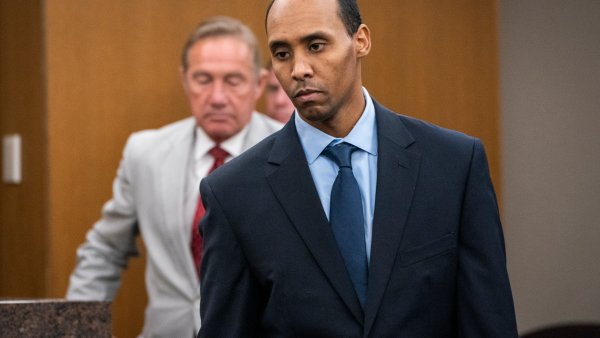 “Now they sit there, and I can offer some hope that they can make it, too, if they set their minds to it,” Ortiz said.

Ortiz's older brother Irad, 25, moved to New York in 2011 and Jose followed a year later. Now both headliners at Aqueduct are gearing up to race in the Kentucky Derby. They will contend with one of their role models, Puerto Rican jockey and past Kentucky Derby winner John Velazquez.

In all, three jockeys originally from Puerto Rico will compete at the Derby — and all schooled at VES. Brothers Jose and Irad will compete on top of Good Magic and Hofburg, respectively, while Velazquez will ride Vino Rosso.

“I grew up watching John Velazquez winning races like the Belmont Stakes, the Kentucky Derby, and it was my dream to do the same,” Jose Ortiz said of Velazquez, who entered the sport’s Hall of Fame in 2012 and also sat in the seats of the island's Equestrian Vocational School.

"But riding in Puerto Rico, I wasn’t going to get any of that," Jose Ortiz said. "I’ve come to the United States to follow my dream.”

Jose and his brother are among four Puerto Rican jockeys who this year make up the top 10 riders by earnings for bettors, according to Equibase. Heading into the Derby, Jose's haul this year was ahead of Velazquez's and Manuel Franco's. Last year, Jose's wins bagged $27 million. The jockeys get a percentage of those winnings.

As his fortunes have risen on the mainland, Puerto Rico's equestrian industry finds itself "seven to 10 years into a minor crisis," as described by Jose Maymo Azize, who oversees the industry for Puerto Rico's government.

In the '70s and '80s, brands like Budweiser and Marlboro sponsored races in Puerto Rico and money was pouring in from betting during what's known as the glory days of horse racing in Puerto Rico. Boricuas would flood horse tracks and off track betting centers, known as agencies, to place their wagers. Now, priorities have shifted.

Following a 10-year fiscal crisis in which the American territory racked up an unsustainable amount of debt, Puerto Rico since last year has endured the aftermath of two natural disasters — hurricanes Irma and Maria.

Between September, when Maria made landfall, and January, about 100 racehorses died or had to be euthanized due to diseases and stress-related conditions, Maymo Azize said.

VES sacrificed one of its 12 horses because it got laminitis, an inflammatory condition inside the hoof. Ana Delia Velazquez, 42, director of the VES of Puerto Rico since 2001 said this was due to the foot-and-a-half of water in which some horses found themselves after the storm.

The public school operates inside Puerto Rico’s only racetrack, Hipodromo Camarero. After the storm, the lights were out, the glass walls were broken and so were the screens. The stable’s roots had flown away and the road was damaged.

Both the racetrack and school have slowly restarted operations.

Maymo Azize said his agency has suffered from a lack of funding that has affected Puerto Rico.

And horse owners, trainers, groomers and jockeys simply make more money on the mainland. The prices, awards and prestige no longer cover the financial risks of up-keeping horses.

Winnings are low because the industry depends on how much money is placed on bets, said Ana Delia Velazquez.

“The best price is that of the Clasico del Caribe," Velazquez explained, referring to Caribbean countries' equivalent to the Derby. “We are talking about an $80,000 [purse], which most of the time is the minimum allowance in the United States.”

She added that Hurricane Maria was the cherry on top of an already struggling economy.

“People have to feed their families, and gambling is obviously not a priority,” she said.

Meanwhile, over the last couple of years, VES alumni have become superstars in the U.S. racing world. The school forged new talents like Manuel Franco, who is one of the youngest jockeys on the professional circuit at just 21, also a top 10 earner. And Evin Roman shines in races in Santa Anita Park, California.

Passion toward horses that resides in the streets and ranches of Puerto Rico is shared by other VES students and alumni.

Following in the steps of the Ortiz Brothers, Andrea Rodriguez, a 20-year-old jockey in the graduating class of December 2018, plans to excel in the U.S. She hope to make her mark in a male dominated sport.

“In my case it comes with the family,” Rodriguez said. “We very much have equestrian veins."

Rodriguez grew up attending races at Puerto Rico's Camarero racetrack and said she decided at age 6 this was what she wanted to do for the rest of her life.

Rodriguez's great aunt, Aide Rodriguez, was the first female trainer on the island, and she hopes to live up to her legacy.

“In my case, it’s always been clear for me that there will be less opportunities for me [as a woman],” she said. “ But I’ve always placed bets on myself and in women.”

She said she's looking for the right opportunity to move to the mainland.

“I really like equestrianism here [in Puerto Rico] because it is the one I grew up in," she said. "But I like that in the States I’ll have the option to try different things.”