Iran's Oil Ministry said the so-called OPEC+ countries agree to have Mexico reduce its output by 100,000 barrels only for only May and June

OPEC, Russia and other oil-producing nations on Sunday finalized an unprecedented production cut of nearly 10 million barrels, or a tenth of global supply, in hopes of boosting crashing prices amid the coronavirus pandemic and a price war, officials said.

“This could be the largest reduction in production from OPEC for perhaps a decade, maybe longer," said U.S. Energy Secretary Dan Brouillette, who credited President Donald Trump's personal involvement in getting dueling parties to the table and helping to end a price war between Saudi Arabia and Russia.

Oil prices have collapsed as the coronavirus and the COVID-19 illness it causes have largely halted global travel and slowed down other energy-chugging sectors such as manufacturing. It has devastated the oil industry in the U.S., which now pumps more crude than any other country.

But some producers have been reluctant to ease supply. The cartel and other nations on Sunday agreed to allow Mexico to cut only 100,000 barrels a month, a sticking point for an accord initially reached Friday after a marathon video conference between 23 nations. The nations together agreed to cut 9.7 million barrels a day throughout May and June.

The group reached the deal just hours before Asian markets reopened Monday and as international benchmark Brent crude traded at just over $31 a barrel and American shale producers struggle. 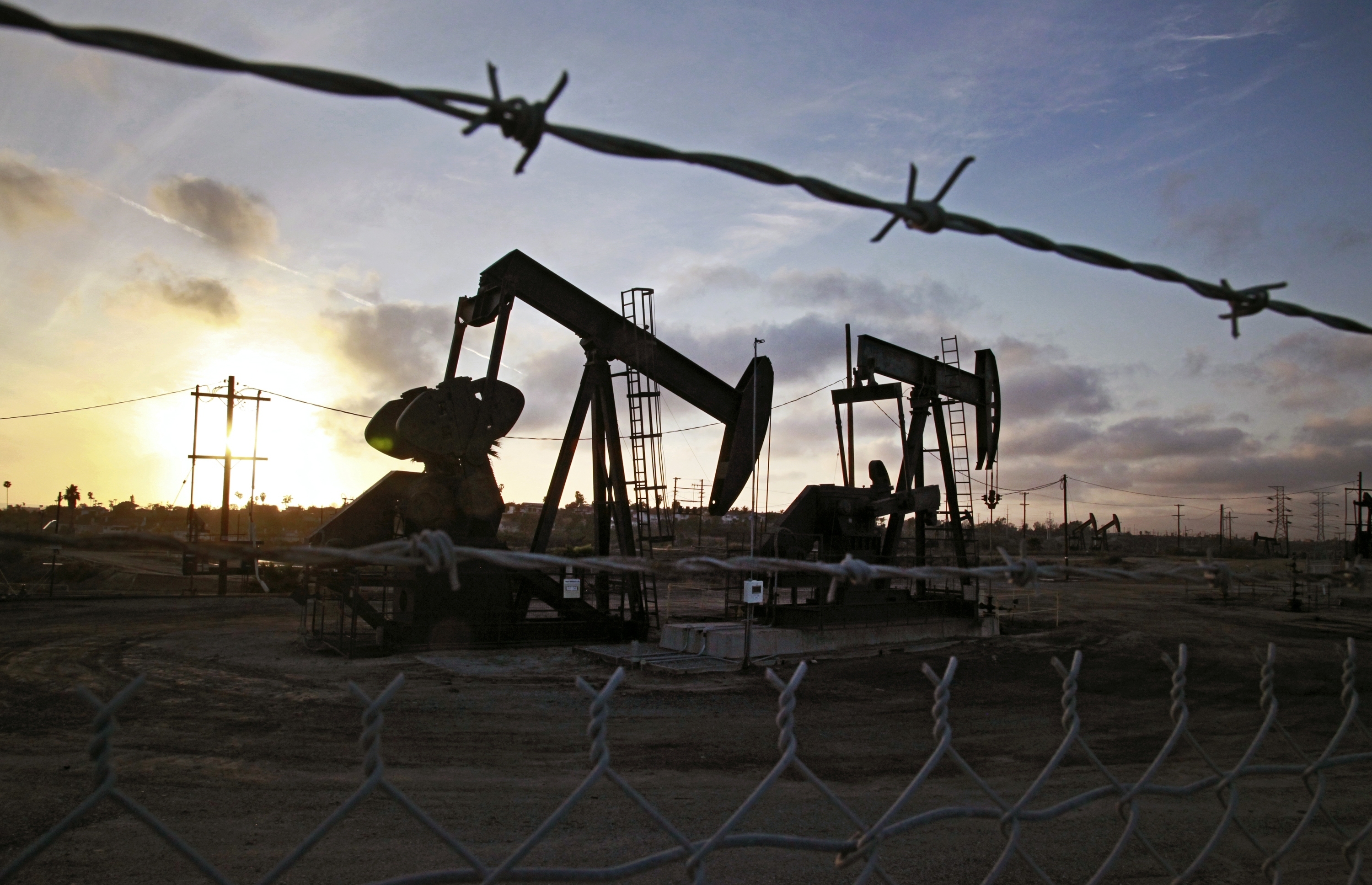 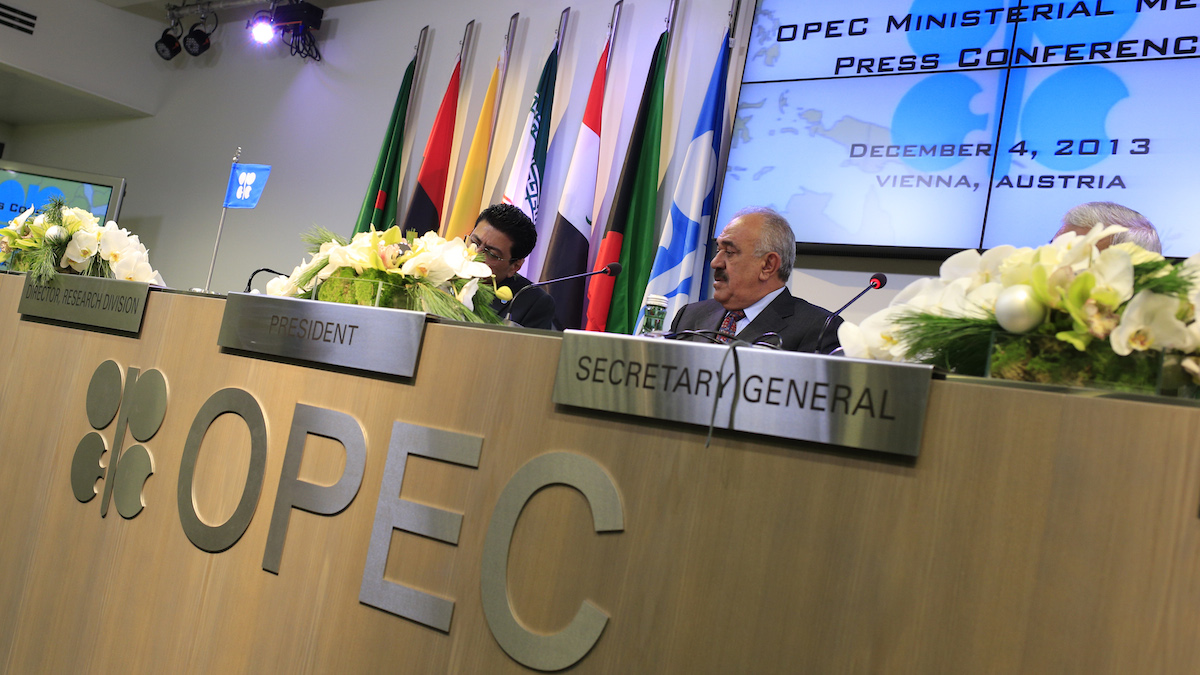 “I go with the consent, so I agree,” the prince said, chuckling, drawing a round of applause from those on the video call.

But it had not been smiles and laughs for weeks after the so-called OPEC+ group of OPEC members and other nations failed in March to reach an agreement on production cuts, sending prices tumbling. Saudi Arabia sharply criticized Russia days earlier over what it described as comments critical of the kingdom, which finds itself trying to appease Trump, a longtime OPEC critic.

Even U.S. senators had warned Saudi Arabia to find a way to boost prices as American shale firms face far-higher production costs. American troops had been deployed to the kingdom for the first time since the Sept. 11, 2001, attacks over concerns of Iranian retaliation amid regional tensions.

“They've spent over the last month waging war on American oil producers while we are defending theirs. This is not how friends treat friends,” said Sen. Kevin Cramer, a Republican from North Dakota, before the OPEC+ deal.

U.S. producers have already been reducing output. The American Petroleum Institute lauded Sunday's global pact, saying it will help get other nations' state-owned oil production to follow the lead of U.S. producers that are trying to adjust to plunging demand.

Brouillette said the U.S. did not make commitments of its own production cuts, but was able to show the obvious — that plunging demand because of the pandemic is expected to slash U.S. oil production.

Iranian Oil Minister Bijan Zanganeh also told state television that Kuwait, Saudi Arabia and the United Arab Emirates would cut another 2 million barrels of oil a day between them atop the OPEC+ deal. The three countries did not immediately acknowledge the cut themselves, though Zanganeh attended the video conference.

Officials said other planned cuts would stand in the deal, meaning an 8 million barrel per day cut from July through the end of the year and a 6 million barrel cut for 16 months beginning in 2021.

“This will enable the rebalancing of the oil markets and the expected rebound of prices by $15 per barrel in the short term,” said a statement from Nigeria's oil ministry.

Mexico had initially blocked the deal but its president, Andrés Manuel López Obrador, had said Friday that he had agreed with Trump that the U.S. will compensate what Mexico cannot add to the proposed cuts.

“The big Oil Deal with OPEC Plus is done. This will save hundreds of thousands of energy jobs in the United States," Trump said in a tweet. “I would like to thank and congratulate President Putin of Russia and King Salman of Saudi Arabia."

The Kremlin said President Vladimir Putin held a joint call with Trump and Saudi King Salman to express support of the deal. It also said Putin spoke separately with Trump about the oil market and other issues.

“The pure size of the cut is unprecedented, but, then again, so is the impact the coronavirus is having on demand,” said Mohammed Ghulam, an energy analyst at Raymond James.

But Ghulam and others worried it may not be enough.

“This is at least a temporary relief for the energy industry and for the global economy. This industry is too big to be let to fail and the alliance showed responsibility with this agreement,” said Per Magnus Nysveen, the head of analysis at Rystad Energy. “Even though the production cuts are smaller than what the market needed and only postpone the stock building constraints problem, the worst is for now avoided.”