His murder became a catalyst for the civil rights movement after his mother, Mamie Till-Mobley, insisted on an open-casket funeral in Chicago so the world could see the horrors inflicted on her 14-year-old son

Hundreds of people applauded — and some wiped away tears — as a Mississippi community unveiled a larger-than-life statue of Emmett Till on Friday, not far from where white men kidnapped and killed the Black teenager over accusations he had flirted with a white woman in a country store.

“Change has come, and it will continue to happen,” Madison Harper, a senior at Leflore County High School, told a racially diverse audience at the statue's dedication. “Decades ago, our parents and grandparents could not envision that a moment like today would transpire.”

The 1955 lynching became a catalyst for the civil rights movement. Till's mother, Mamie Till-Mobley, insisted on an open-casket funeral in Chicago so the world could see the horrors inflicted on her 14-year-old son. Jet magazine published photos of his mutilated body, which was pulled from the Tallahatchie River in Mississippi.

The 9-foot (2.7-meter) tall bronze statue in Greenwood's Rail Spike Park is a jaunty depiction of the living Till in slacks, dress shirt and tie with one hand on the brim of a hat.

The rhythm and blues song, “Wake Up, Everybody” played as workers pulled a tarp off the figure. Dozens of people surged forward, shooting photos and video on cellphones. 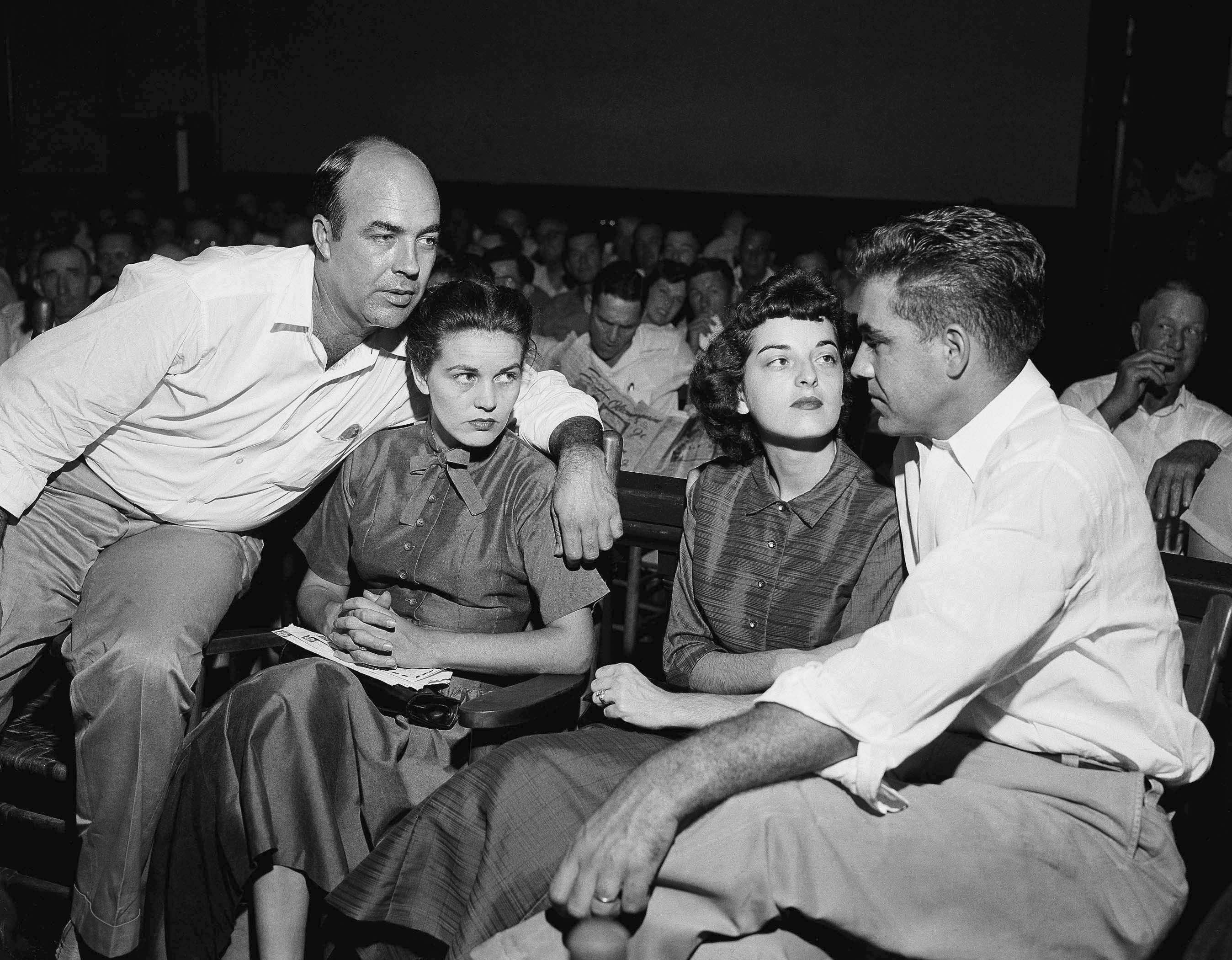 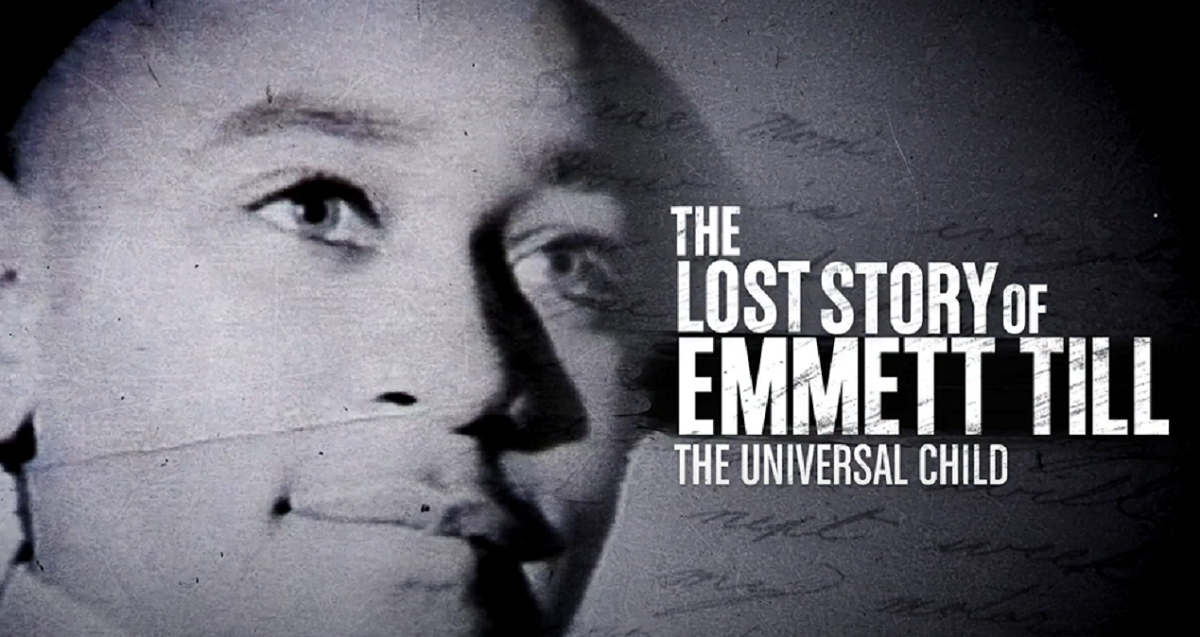 New Documentary Explores ‘The Lost Story of Emmett Till'

Anna-Maria Webster of Rochester, New York, had tears running down her face.

“It's beautiful to be here,” said Webster, attending the ceremony on a sunny afternoon during a visit with Mississippi relatives. Speaking of Till's mother she said: “Just to imagine the torment she went through — all over a lie.”

Mississippi has the highest percentage of Black residents of any state, now about 38%. Democratic U.S. Rep. Bennie Thompson, whose district encompasses the Delta, noted that Mississippi had no Black elected officials when Till was killed. He said Till's death helped spur change.

"But you, know, change has a way of becoming slower and slower," said Thompson, the only Black member of Mississippi's current congressional delegation. “What we have to do in dedicating this monument to Emmett Till is recommit ourselves to the spirit of making a difference in our community."

The statue is a short drive from an elaborate Confederate monument outside the Leflore County Courthouse and about 10 miles (16 kilometers) from the crumbling remains of the store, Bryant’s Grocery & Meat Market, in Money.

The brutal murder of Emmett Till, a Black teenager from Chicago, and the acquittal of the two white men who killed him, was a catalyst for the Civil Rights Movement. But almost as fast as Emmett’s name became known around the world, it began to fade. How did it happen? How could people forget the torture of a 14-year-old boy? Investigative journalist Marion Brooks details the events surrounding the case to unveil the context behind the lost story of Emmett Till.

The statue's unveiling coincided with the release this month of “Till,” a movie exploring Till-Mobley's private trauma over her son's death and her transformation into a civil rights activist.

The Rev. Wheeler Parker Jr., the last living witness to his cousin's kidnapping, wasn’t able to travel from Illinois for Friday’s dedication. But he told The Associated Press on Wednesday: “We just thank God someone is keeping his name out there.”

He said some wrongly thought Till got what he deserved for breaking the taboo of flirting with a white woman, adding many people didn't want to talk about the case for decades.

“Now there's interest in it, and that's a godsend,” Parker said. “You know what his mother said: ‘I hope he didn’t die in vain.'"

Greenwood and Leflore County are both more than 70% Black and officials have worked for years to bring the Till statue to reality. Democratic state Sen. David Jordan of Greenwood secured $150,000 in state funding and a Utah artist, Matt Glenn, was commissioned to create the statue.

Jordan said he hopes it will draw tourists to learn more about the area's history. “Hopefully, it will bring all of us together," he said.

Till and Parker had traveled from Chicago to spend the summer of 1955 with relatives in the deeply segregated Mississippi Delta. On Aug. 24, the two teens took a short trip with other young people to the store in Money. Parker said he heard Till whistle at shopkeeper Carolyn Bryant.

Four days later, Till was abducted in the middle of the night from his uncle's home. The kidnappers tortured and shot him, weighted his body down with a cotton gin fan and dumped him into the river.

Jordan, who is Black, was a college student in 1955 when he drove to the Tallahatchie County Courthouse in Sumner to watch the murder trial of two white men charged with killing Till — Carolyn's husband Roy Bryant and his half brother, J.W. Milam.

An all-white, all-male jury acquitted the two men, who later confessed to Look magazine that they killed Till.

Nobody has ever been convicted in the lynching. The U.S. Justice Department has opened multiple investigations starting in 2004 after receiving inquiries about whether charges could be brought against anyone still living.

In 2007, a Mississippi prosecutor presented evidence to a grand jury of Black and white Leflore County residents after investigators spent three years re-examining the killing. The grand jury declined to issue indictments.

The Justice Department reopened an investigation in 2018 after a 2017 book quoted Carolyn Bryant — now remarried and named Carolyn Bryant Donham — saying she lied when she claimed Till grabbed her, whistled and made sexual advances. Relatives have publicly denied Donham, who is in her 80s, recanted her allegations. The department closed that investigation in late 2021 without bringing charges.

Although Mississippi has dozens of Confederate monuments, some have been moved in recent years, including one relocated in 2020 from the University of Mississippi campus to a cemetery where Confederate soldiers are buried.

The state has a few monuments to Black historical figures, including one honoring civil rights activist Fannie Lou Hamer in Ruleville.

A historical marker outside Bryant's Grocery has been knocked down and vandalized. Another marker near where Till's body was pulled from the Tallahatchie River has been vandalized and shot. The Till statue in Greenwood will be watched by security cameras.

Jordan won applause when he said Friday: “If some idiot tears it down, we're going to put it right back up."