The caravan still must travel 1,000 miles to reach the nearest U.S. border crossing at McAllen, Texas

Thousands of Central American migrants took a break Sunday on their caravan's long journey through southern Mexico while vowing to press ahead toward the U.S. border roughly 1,000 miles away. Hundreds more migrants tried to force their way into Mexico at the Guatemala border, and one was reported killed.

The new group of migrants, who called themselves a second caravan, clashed with Guatemalan police while forcing their way through a gate on the border bridge in the town of Tecun Uman and then fought with Mexican officers. Volunteer firefighters said dozens were injured and one man died from a severe head injury apparently caused by a rubber bullet.

At the same time, about 300 Salvadorans departed from San Salvador hoping to make their way to the U.S. as a group.

Some of the migrants in the initial caravan, now estimated at 4,000 people, rested on Sunday in the shade of tarps strung across the town plaza or picked up trash in the southern Mexico town of Tapanatepec, population 7,500. Others soaked themselves in the nearby Novillero river.

Tensions from a long trek through searing heat with tenuous supplies of food and other goods spilled over Saturday night when a dispute in a food line devolved into a beating. Many in the caravan have been on the road for more than two weeks, since the group first formed in San Pedro Sula, Honduras.

Raul Medina Melendez, security chief for the tiny municipality in Oaxaca state, said the town was distributing sandwiches and water to migrants camped in the central square Saturday night when a man with a megaphone asked people to wait their turn.

Some hurled insults at the man with the megaphone, then they attacked him, Medina said. Police rescued the man as he was being beaten and took him to a hospital for treatment, though his condition wasn't immediately clear. 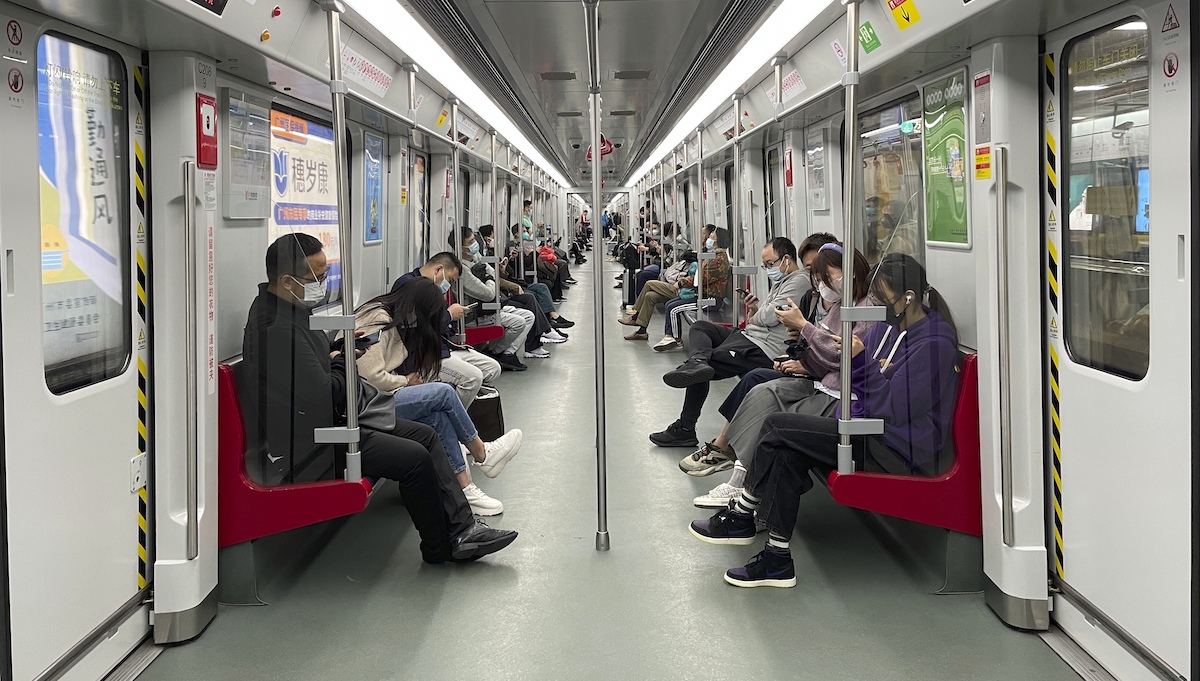 On Sunday, several in the caravan took to microphones to denounce the attack.

"Is that the way we're going to always behave?" a woman from Honduras asked.

Others complained of trekkers smoking marijuana or warned that images of litter and uneaten food made them appear disrespectful.

The group planned to set out early Monday for Niltepec, 70 kilometers (43 miles) to the northwest in Oaxaca state.

The caravan still must travel 1,000 miles (1,600 kilometers) to reach the nearest U.S. border crossing at McAllen, Texas. The trip could be twice as long if the 4,000 or so migrants head for the Tijuana-San Diego frontier, as another caravan did earlier this year. Only about 200 in that group made it to the border.

Most of the migrants in the caravan appeared determined to reach the U.S., despite an offer of refuge in Mexico.

Mexican President Enrique Pena Nieto launched a program Friday dubbed "You are home," which promises shelter, medical attention, schooling and jobs to Central Americans who agree to stay in the southern Mexico states of Chiapas or Oaxaca, far from the U.S. border.

Mexico's Interior Ministry said Saturday that temporary identity numbers had been issued to 111 migrants, which would allow them to stay and work in Mexico. The ministry said pregnant women, children and the elderly were among those who had joined the program and were now being attended at shelters.