Map: See Where Drought Conditions Have Expanded in California

This week's Drought Monitor report shows a dramatic difference between April 2020 and current conditions after another dry winter in California.

The latest U.S. Drought Monitor update released Thursday shows nearly all of California is in some stage of drought as the state braces for dry and hot summer.

The weekly report shows 97.5% of California is in some stage of drought. The southwest corner of the state is in a pre-drought condition that the Monitor calls abnormally dry.

At this time last year, only 41.5 percent of California was in one of the drought categories.

The most recent report show 87.95 of the state in severe drought and 52.86 in extreme drought, including most of Los Angeles, Ventura and San Bernardino counties. A swath of the state along the Nevada border entered the most serious stage — exceptional drought.

Earlier this month, Gov. Gavin Newsom declared a drought emergency in two Northern California counties in response to arid conditions affecting much of the state and the U.S. West and an abnormally dry winter. The declaration is targeted to Mendocino and Sonoma counties, where drought conditions are especially severe.

A broader drought declaration could come as conditions change.

California, which is now in its second year of drought, is bracing for another devastating wildfire season after a winter with little precipitation.

About three-quarters of the American West is in what is called a megadrought, with critical waterways like the Colorado River and Rio Grande that supply millions of people and farms expected to have dismally low flows this year.

Governor Gavin Newsom has declared a drought emergency in two California counties as the state is now expected to face another devastating wildfire season after a winter with very little rain.

Beyond the drought declaration in the two counties, Newsom’s executive order allows California to prepare for expected effects of the water shortage statewide more quickly.

Though he did not declare a statewide drought emergency, the State Water Resources Control Board in March sent early warnings to 40,000 water rights holders urging them to start conserving. The board suggested that agricultural users reduce irrigation and seek other water sources and that people in cities and towns put in drought-resistant landscaping and replace household appliances with water-saving ones.

Mayors Ask Biden to Be Included in Climate Migration Study 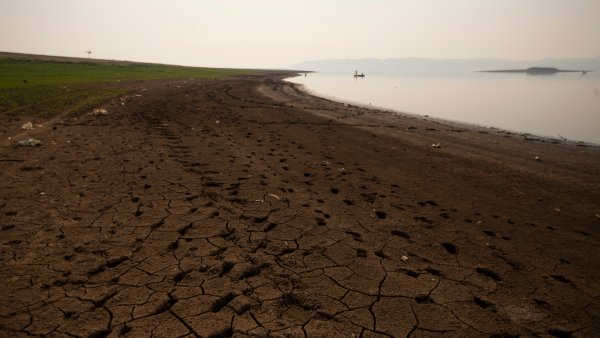 The department said this is California’s fourth-driest year on record, especially in the northern two-thirds of the state. The last major drought lasted from 2012 to 2016 and prompted then-Gov. Jerry Brown to impose broad restrictions on water use that affected nearly everyone in the nation’s most populated state.