“They used to call him ‘the pied piper’ because everywhere he went, the kids followed him around,” an attorney said of former Rev. Stephen Kiesle. "He once said, ‘There wasn’t a single one I didn’t molest.’”

After decades of dealing with the boyhood trauma of being molested by a priest, Jim Bartko sued the Roman Catholic church two years ago.

But the lawsuit was dismissed when he died four days after speaking publicly about it.

A new law has now revived his case, allowing his estate to file for damages he could have sought for his suffering if he were still alive.

Lawyers for Bartko's children filed the lawsuit last week in Alameda County Superior Court against the Oakland Diocese for allegedly failing to prevent abuse by the former Rev. Stephen Kiesle that occurred between 1972 and 1975 at St. Joseph's Parish in Pinole, 18 miles northeast of San Francisco. 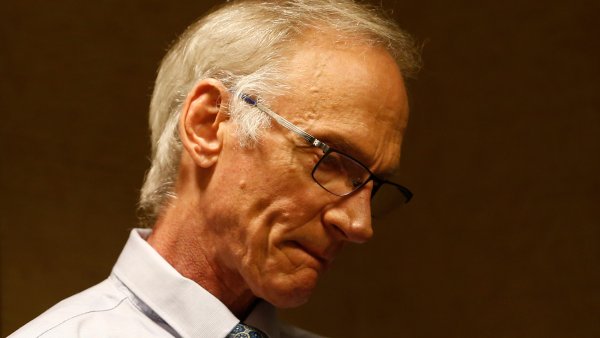 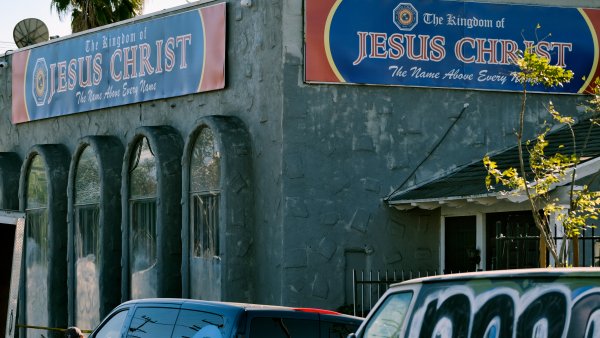 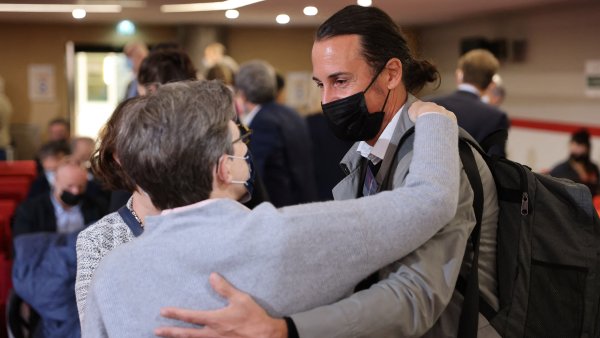 “They used to call him ‘the pied piper’ because everywhere he went, the kids followed him around,” attorney Rick Simons said Tuesday of Kiesle. "He once said, ‘There wasn’t a single one I didn’t molest.’”

A spokeswoman for the Diocese of Oakland said it would be inappropriate to comment at this point, but noted Kiesle had been removed from the priesthood.

Kiesle, 74, a convicted child molester, gained worldwide attention long after he left the priesthood in 1987. The Associated Press reported in 2010 that Pope Benedict XVI — when he was then-Cardinal Joseph Ratzinger — resisted pleas from the diocese to defrock Kiesle.

Bartko, a longtime University of Oregon athletic department administrator, said Kiesle had molested him and his best friend during sleepovers at the church rectory when he was a boy.

Pope Francis on Wednesday expressed “shame" for himself and the Roman Catholic Church for the scale of child sexual abuse within the church in France.

He kept the secret for more than four decades, weighted down by sleeplessness and anxiety.

Because of excessive drinking, Bartko’s marriage collapsed and he lost his job as athletic director at California State University, Fresno, Simons said.

In rehab, he finally told his story to a therapist and later wrote a book about his experience called “ Boy in the Mirror.”

An emotional Bartko spoke at a news conference to announce the lawsuit in March 2020, joined at one point by the childhood friend who had been abused alongside him.

That lawsuit was filed during a three-year window allowing sex abuse cases to be brought long after the deadline to bring such claims had expired.

Four days later, Bartko, 54, collapsed while after working out in Oregon, and died of a hemorrhage due to cirrhosis.

Kiesle was convicted of lewd conduct in 1978 for tying up and molesting two boys and sentenced to three years probation. He was sentenced to six years in prison in 2004 for molesting a girl.

In 1981, Kiesle applied to leave the priesthood with the support of diocese officials.

But the case languished at the Vatican. A 1985 letter in Latin obtained by AP bearing Ratzinger's signature told Bishop John Cummins that removing Kiesle was of “grave significance” and a decision required "very careful consideration, which necessitates a longer period of time.”

Church officials in California wrote at least three times to Ratzinger to check in and Cummins discussed it during a Vatican visit, according to correspondence. A Vatican official at one point said the file may have been lost and suggested resubmitting materials.

Kiesle was finally defrocked in 1987.

Bartko's adult son and daughter have a pending wrongful death claim against the church for their own losses. They said their father's drinking, which began when Kiesle gave him communion wine before molesting him, led to self-medication and alcoholism that caused his liver disease.

But the new law allows them to carry forward their father's claims for the emotional and psychological toll the abuse took on his life.

Previously, survivors of plaintiffs who died in California could seek damages for economic losses such as wages or medical bills, but not for their loved ones' so-called pain and suffering or disfigurement.

California was one of few states not to allow those type of damages after death.

Senate Bill 447 was signed into law last year by Democratic Gov. Gavin Newsom to allow that change to take place through the end of 2025.

Supporters, led by Consumer Attorneys of California, said the previous law created “a perverse incentive for defendants to delay cases and harass ill or injured plaintiffs in the hopes that the plaintiff will die before trial, allowing the wrongdoer to avoid paying any damages for the human suffering they have caused.”

Opponents, led mainly by doctors and health care groups, warned of the "collateral damage such a change would bring to all stakeholders of our civil justice system.”

Attorney Daniel Hurwitz, who is not involved in the case, said a subset of cases will have the potential to win more damages and attorneys will have to factor that in when assessing the value of the case.

“The damages picture can change dramatically if the plaintiff were to pass away," Hurwitz said. “Certainly any plaintiff decedent with a lengthy pain and suffering period — that estate is going to have a potentially larger recovery.”

During the news conference before his death, Bartko said he had refused to speak with police about Kiesle when he was 12, saying he let down other kids who had reported abuse at the time.

He vowed to continue to speak out and then read a passage from his book that seemed fitting given the change in law that continues to give him a voice in court.

“We finally share what our betrayers hoped we’d always take to our graves because our silence allows them to continue to prey on those too afraid to speak up,” he said.

This story has been corrected to reflect attorney's quote that some plaintiffs could have “potentially larger” recoveries, not “substantially larger.”