Japan's Former Princess Leaves for US With Commoner Husband

Mako Komuro, the former Princess Mako, is the first to have drawn an intense public outcry once she gave up her royal status

A Japanese princess who gave up her royal status to marry her commoner college sweetheart left for New York on Sunday, as the couple pursued happiness as newlyweds and left behind a nation that has criticized their romance.

The departure of Mako Komuro, the former Princess Mako, and Kei Komuro, both 30, as they boarded their plane amid a flurry of camera flashes at Haneda airport in Tokyo was carried live by major Japanese broadcasters.

Kei Komuro, a graduate of Fordham University law school, has a job at a New York law firm. He has yet to pass his bar exam, another piece of news that local media have used to attack him, although it is common to pass after multiple attempts.

“I love Mako,” he told reporters last month after registering their marriage in Tokyo. They did so without a wedding banquet or any of the other usual celebratory rituals.

“I want to live the only life I have with the person I love,” he said.

Although Japan appears modern in many ways, values about family relations and the status of women remain somewhat antiquated, rooted in feudal practices.

Such views were accentuated in the public's reaction to the marriage. Some Japanese feel they have a say in such matters because taxpayer money supports the imperial family system.

Other princesses have married commoners and left the palace. But Mako is the first to have drawn such a public outcry, including a frenzied reaction on social media and in local tabloids.

Speculation ranged from whether the couple could afford to live in Manhattan to how much money Kei Komuro would earn and if the former princess would end up financially supporting her husband. 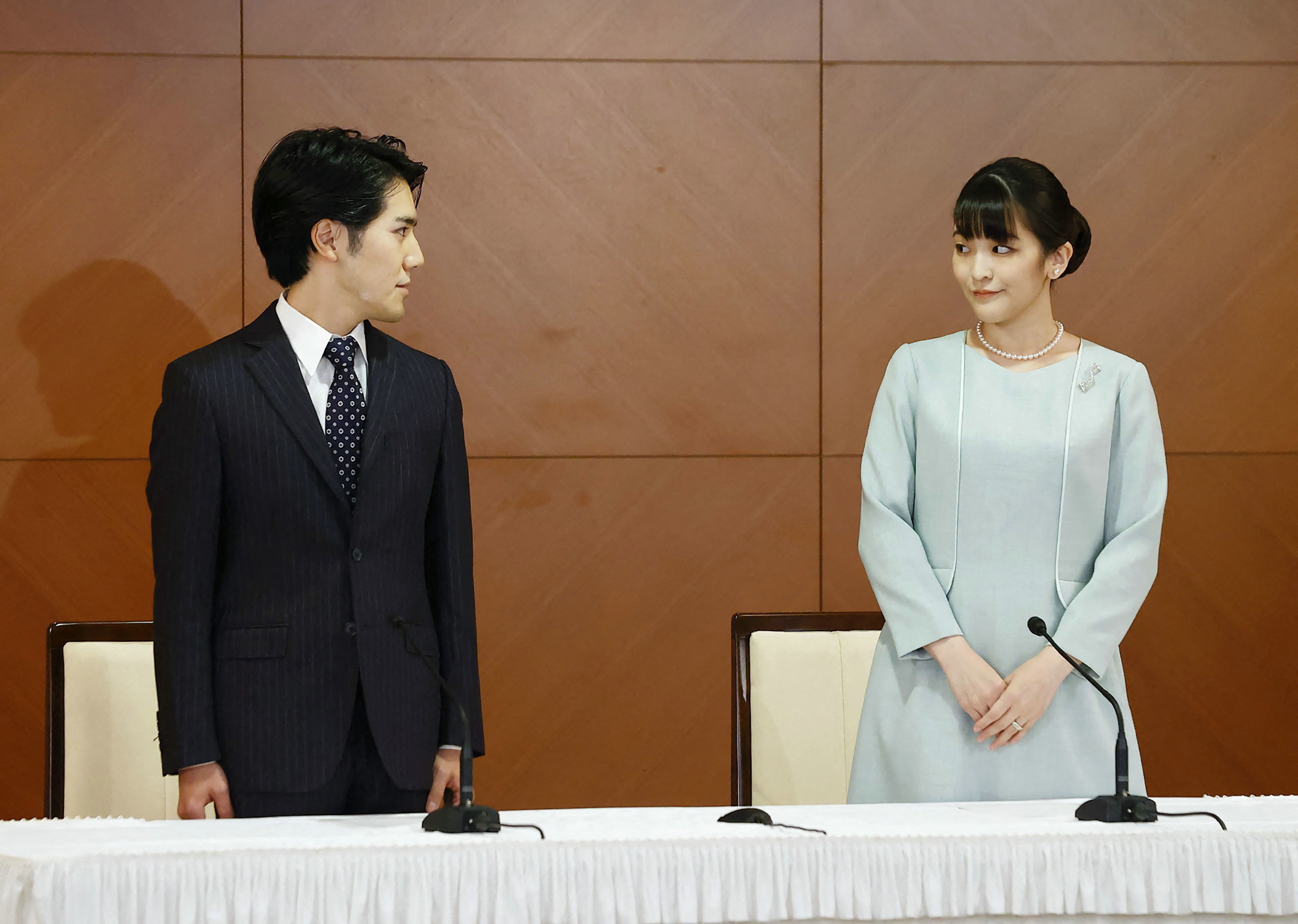 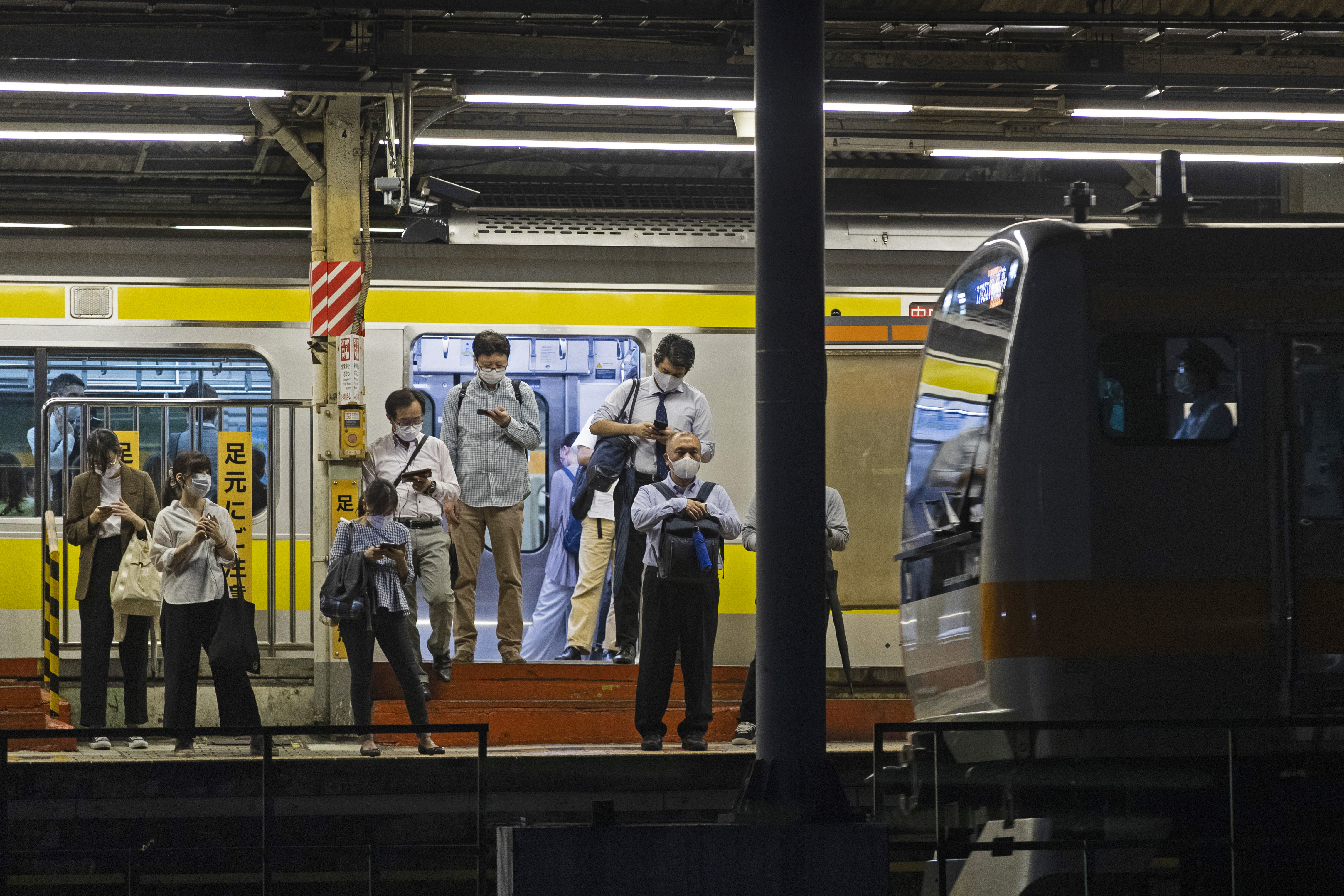 Mako is the niece of Emperor Naruhito, who also married a commoner, Masako. Masako often suffered mentally in the cloistered, regulated life of the imperial family. The negative media coverage surrounding Mako's marriage gave her what palace doctors described last month as a form of traumatic stress disorder.

Former Emperor Akihito, the father of the current emperor, was the first member of the imperial family to marry a commoner. His father was the emperor under whom Japan fought and lost in World War II.

The family holds no political power but serves as a symbol of the nation, attending ceremonial events and visiting disaster zones, and remains relatively popular.

Only males inherit the Chrysanthemum Thone. Mako is the daughter of the emperor’s younger brother, and her 15-year-old brother is expected to eventually be emperor.

Complicating the former princess's marriage, announced in 2017, was a financial dispute involving Kei Komuro’s mother. That issue was recently settled, according to Kyodo news service.

When Kei Komuro returned from the U.S. in September, the couple was reunited for the first time in three years. They met while attending Tokyo's International Christian University a decade ago.

In announcing their marriage, the former princess, a museum curator, made her choice clear.

“He is someone I cannot do without,” she said. “Marriage is that decision needed for us to live on, staying true to our hearts.”