Iran's Health Ministry said the total number of infections have risen to 61 while deaths stood at 12.

Iran's government said Monday that 12 people had died nationwide from the new coronavirus, rejecting claims of a much higher death toll by a lawmaker from the city of Qom that has been at the epicenter of the virus in the country.

The conflicting reports raised questions about the Iranian government’s transparency concerning the scale of the outbreak.

Five neighboring countries reported their first cases of the virus, with those infected all having links to Iran, including direct travel from a city where authorities have not even reported a confirmed case.

Iran's Health Ministry said the total number of infections have risen to 61 while deaths stood at 12. But a lawmaker from Qom, Ahmad Amirabadi Farahani, was quoted by the semi-official ILNA news agency as saying that the death toll was 50.

Even with the lower toll of 12, the number of deaths compared to the number of confirmed infections from the virus is higher in Iran than in any other country, including China and South Korea, where the outbreak is far more widespread.

The World Health Organization said last week that in 2% of infected cases, the virus has been fatal. In Iran, according to the Health Ministry's figures, the death toll represents nearly 20% of total infections.

There are concerns that clusters of the new coronavirus in Iran, as well as in Italy and South Korea, could signal a serious new stage in its global spread.

Farahani, the lawmaker, said the 50 deaths in Qom date back to Feb. 13. Iran first officially reported cases of the virus and its first deaths on Feb. 19.

He did not provide supporting evidence but said more than 250 people are quarantined in Qom, which is known for its Shiite seminaries that attract students from across Iran and other countries. Schools there have been closed. 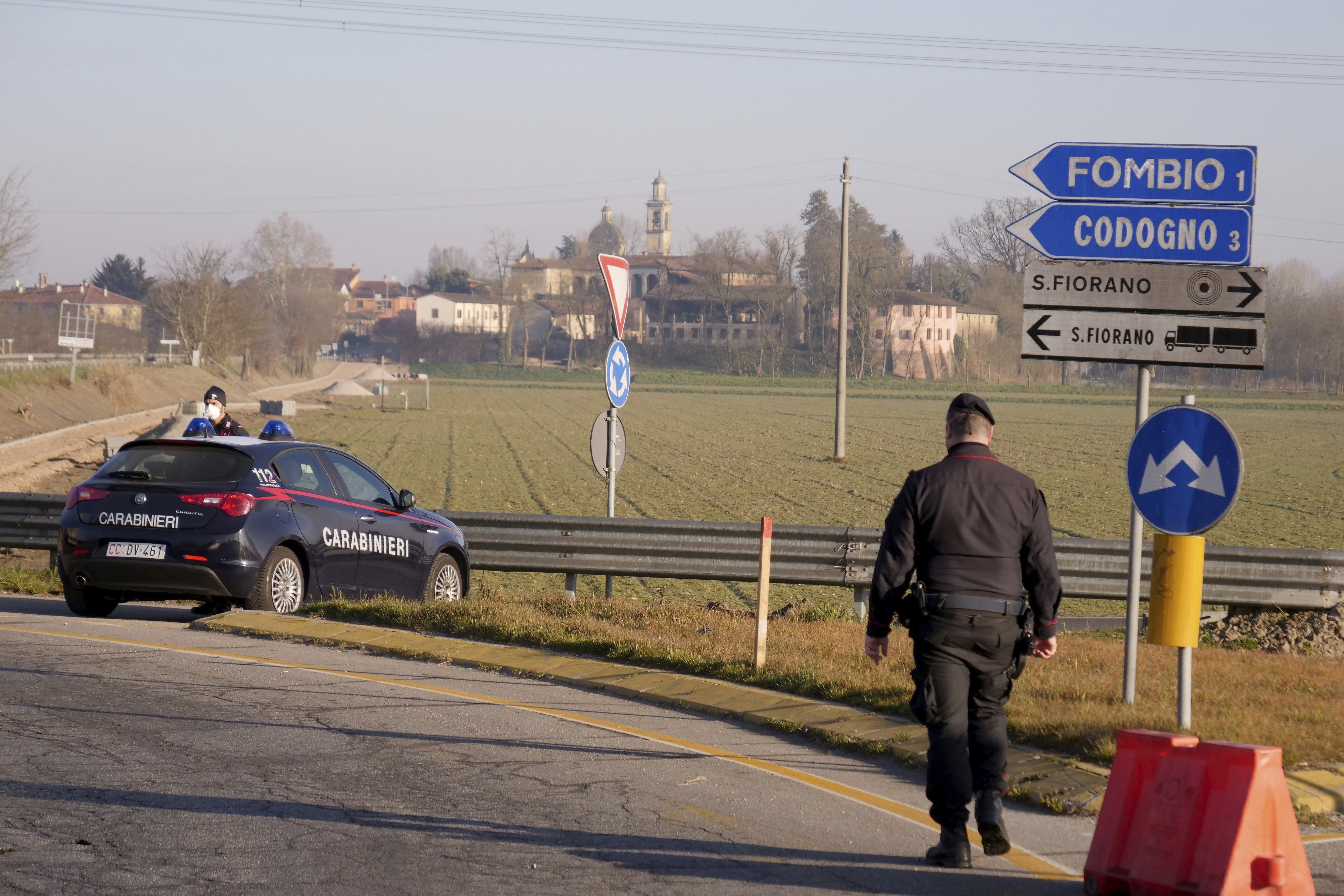 With 222 Cases, Italy Tries to Contain Virus as Isolated Town Hunker Down “I think the performance of the administration in controlling the virus has not been successful,” Farahani said, referring to the government of President Hassan Rouhani. His comments represent the most public criticism levied yet against the government for its handling of the virus, which originated in China in December.

“None of the nurses have access to proper protective gear,” Farahani said, adding that some health care specialists had left the city. “So far, I have not seen any particular action to confront corona by the administration."

He spoke following a session in parliament in Tehran. His comments, first published by ILNA, were later carried by other news agencies in Iran.

While such harsh criticism is rare in the country, it reflects deep-seated public mistrust of the government, particularly since a Ukrainian passenger jet was shot down by Iran on Jan. 8, killing 176 on board amid heightened tensions with the U.S. Iranian government officials at first tried to conceal the cause of the crash before acknowledging that Revolutionary Guard forces had shot it down, mistaking it for an enemy target.

Health Ministry spokesman Iraj Harirchi rejected the lawmaker's comments, but said about 900 other suspected cases are being tested.

"No one is qualified to discuss this sort of news at all," Harirchi said, adding that lawmakers have no access to coronavirus statistics and could be mixing figures on deaths related to other diseases like the flu with the new virus.

Asked about the spike in cases in Iran, WHO's emergencies program director Michael Ryan cautioned that in the first wave reported from a country, only the deaths may be being picked up and therefore are over-represented.

"The virus may have been there for longer than we had previously suspected," Ryan said. "Sometimes when you see an acceleration of cases and a spread from that, it doesn't necessarily represent the natural transmission dynamics of the virus."

He added that it is "very much driven by the context," such as whether there's been a religious gathering.

Ian Mackay, who studies viruses at Australia’s University of Queensland said the latest figures reported mean that “Iran could become the hot spot for seeding countries that have travel with Iran ... a source outside of China.”

Travelers from Iran with the virus have been confirmed in Canada, Lebanon and the United Arab Emirates.

The outbreak of the virus in Iran comes as its economy buckles under pressure from U.S. economic sanctions. The virus threatens to isolate Iran even further as several countries began halting flights and barring Iranians from entry.

The head of the WHO expressed concern over the virus' spread in Iran, as well as in Italy where more than 200 have tested positive and five have died.

“The past few weeks has demonstrated just how quickly a new virus can spread around the world and cause widespread fear and disruption," WHO chief Tedros Adhanom Ghebreyesus told reporters.

Ryan said a team from WHO would arrive in Iran on Tuesday.

The outbreak in Iran has centered mostly in the city of Qom, but spread rapidly in recent days as Iranians voted Friday in a parliamentary election. Many people wore masks and stocked up on hand sanitizer.

Iranian health officials have not said whether health workers in Qom who first came in contact with infected people had taken precautionary measures. Iran also has not said how many people are in quarantine overall.

To prevent the spread of the virus, schools across much of the country were closed for a second day. Soccer matches and movie screenings have been suspended. Tehran's metro, which is used by about 3 million people in the capital, and public buses are being sanitized daily.

Iran has confirmed cases in five cities, including Tehran. A local mayor in Tehran is among those quarantined.

While Iran has not reported any cases in its northeastern city of Mashhad, authorities in Kuwait on Monday said three travelers returning from there had tested positive for the virus, raising more questions about how the Iranian government is responding.

Iraq said the virus was confirmed in a 22-year-old Iranian student in the city of Najaf, home to Shiite seminaries and shrines. Separately, a person in Afghanistan's western province of Herat who had returned from Iran tested positive for the virus.

Bahrain's Health Ministry said an infected citizen who returned Friday from Iran had transited through the world's busiest international airport in Dubai, United Arab Emirates. The ministry said the person is a school bus driver, and that students are being checked and related schools will be closed for two weeks.

Oman said two of its citizens returning from Iran have the virus and are in quarantine.

Armenia also has closed its border with Iran for two weeks and suspended air service between the two countries. Azerbaijan temporarily closed two border checkpoints with Iran. Georgia restricted movement of individuals to and from Iran and halted direct flights.