Group of Seven leaders brought pledges to share vaccine doses and make a fairer global economy Friday to a seaside summit in England, where British Prime Minister Boris Johnson said the coronavirus pandemic should not be allowed to leave a “lasting scar” on the world.

The wealthy nations’ leaders were all smiles and unity as Johnson greeted them on the freshly raked sand of Carbis Bay, but they jostled over who was doing most to help the world’s poorer nations fight COVID-19.

Recovery from the pandemic was set to dominate their discussions, and members of the wealthy democracies club committed to sharing at least 1 billion vaccine shots with struggling countries. That includes a pledge from U.S. President Joe Biden to share 500 million doses, and a promise from Johnson for another 100 million shots.

Opening three days of talks in Cornwall, in southwest England, Johnson warned that world leaders must not repeat errors made over the past 18 months — or those made in the recovery from the 2008 global financial crisis.

“It is vital that we don’t repeat the mistake of the last great crisis, the last great economic recession in 2008, when the recovery was not uniform across all parts of society,” he said after leaders posed for a formal “family photo” by the sea.

“And I think what’s gone wrong with this pandemic, and what risks being a lasting scar, is that I think the inequalities may be entrenched,” Johnson added.

The leaders of the G-7 — which also includes the United States Canada, France, Germany, Italy and Japan — hope the meeting at the resort will also energize the global economy. Beneath moody dark skies, the group walked away from the photo as cheerful as children who had just built a sand castle.

As Johnson led the politicians off the beach, French President Emmanuel Macron threw his arm around the shoulders of Biden, whom he was meeting for the first time. The White House later said the two men discussed COVID-19 and counterterrorism efforts in the Sahel region of Africa and would have a meeting on Saturday.

Facing criticism that they are hogging vaccines, the leaders are competing to be the global champion of so many wounded by the virus. With 3.7 million people lost in the pandemic, the world’s richest democracies are eager to show themselves the champions of the afflicted.

President Joe Biden announced on Thursday the United States would purchase 500 million douses of Pfizer’s COVID-19 vaccine and donate them to other countries to help combat the spread of the coronavirus.

German Chancellor Angela Merkel said she hoped the summit would show the world “we’re not just thinking of ourselves." Macron sought to underscore that, noting that France had already shipped vaccine doses to the world’s poor — and gently chiding countries that have not by urging in a tweet for “clear goals” and “concrete commitments.”

For Johnson, the first G-7 summit in two years — last year’s was scuttled by the pandemic — is a chance to set out his vision of a post-Brexit “global Britain” as a mid-sized country with an outsized role in international problem-solving.

On Friday Queen Elizabeth II — Britain's biggest global star — traveled from Windsor Castle near London for a reception with the leaders and their spouses at the Eden Project, a futuristic botanical garden housed inside domes that features the world's largest indoor rainforest.

Senior royals — including heir to the throne Prince Charles, his son Prince William and William’s wife, Kate — joined the leaders for the reception and a dinner of roasted turbot, Cornish new potatoes and greens with wild garlic pesto cooked by a local chef.

The choice of an ecologically themed venue was deliberate. Climate change is also a top issue on the agenda, and hundreds of protesters gathered in Cornwall to urge the leaders to act, some dressed as sea creatures such as jellyfish. Demonstrators deployed a barge off the coast with two large inflatable figures depicting Biden and Johnson on board.

The G-7 is also set to formally embrace a global minimum tax of at least 15% on multinational corporations, following an agreement reached a week ago by their finance ministers. The minimum is meant to stop companies from using tax havens to shift profits and to avoid taxes.

It represents a potential win for the Biden administration, which has proposed a global minimum tax as a way to pay for infrastructure projects, and it dovetails with the president's hope to focus the summit on ways the democracies can collaborate to build a more inclusive and fair global economy to help compete with rising autocracies like China. 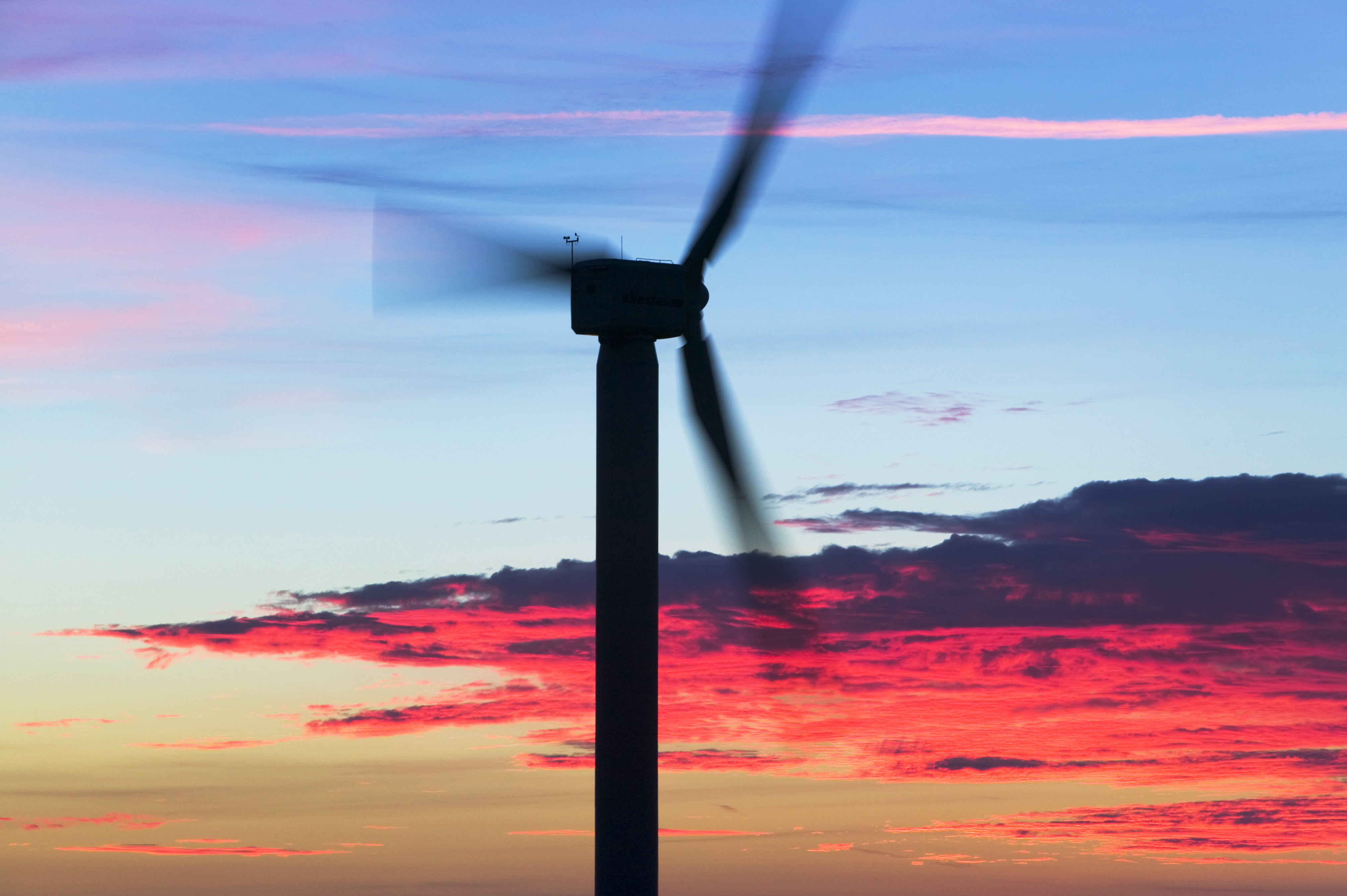 Cornwall, Home of the Climate-Themed G-7 Summit, Is Embracing a Push Toward Renewable Energy 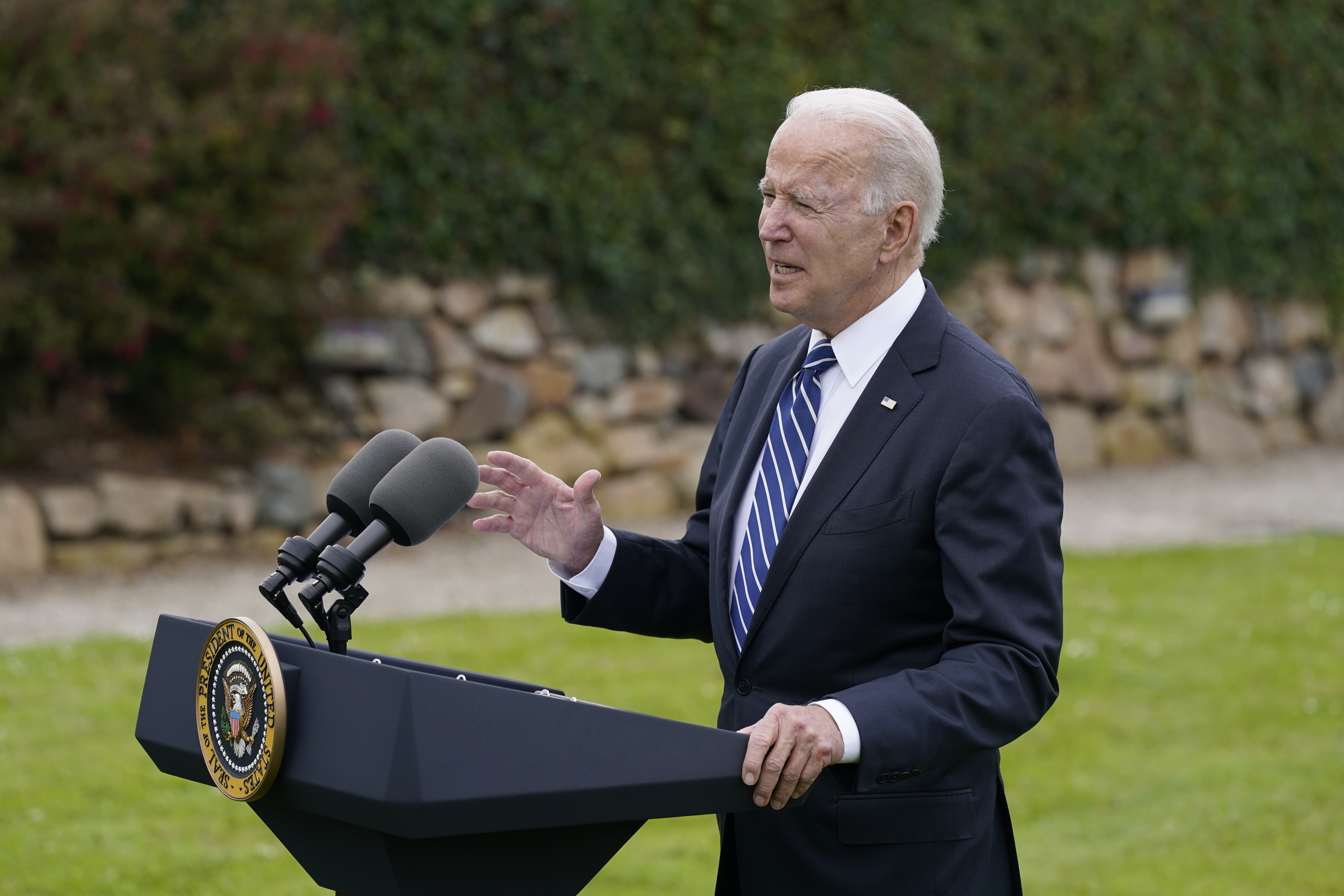 G-7 Nations Expected to Pledge 1B Vaccine Doses for World

The minimum tax idea also creates an alternative that could remove some European countries’ digital services taxes that largely hit U.S. tech firms. But the endorsement from the G-7 is just one step in the process. The hope is to get many more countries to sign on — a fraught proposal in nations whose economies are based on attracting business with low corporate taxes.

But the main issue of the day was vaccines and the mounting pressure to outline global vaccine-sharing plans, especially as inequities in supply around the world have become more pronounced. In the U.S., there is a large vaccine stockpile, and the demand for shots has dropped precipitously in recent weeks.

Biden said the U.S. will donate 500 million Pfizer vaccine doses in the next year, 200 million of them by the end of 2021. That commitment was on top of 80 million doses Biden has already pledged to donate by the end of June. A price tag for the doses was not released, but the U.S. is now set to be the larges donor to the international COVAX vaccine effort, as well as its biggest funder.

Johnson said the first 5 million U.K. doses would be shared in the coming weeks, with the remainder coming over the next year. Macron said France would share at least 30 million doses globally by year’s end. Germany plans to donate the same amount. White House officials said the G-7 leaders on Friday committed to 1 billion doses in all.

The COVAX vaccination campaign got off to a slow start as richer nations locked up billions of doses through contracts directly with drug manufacturers. The alliance has distributed just 81 million doses globally, and large parts of the world, particularly in Africa, remain vaccine deserts.

“We are still far from getting there,” said United Nations Secretary General Antonio Guterres, who is due to attend the summit Saturday as a guest.

“We need a concerted effort. We need a global vaccination plan,” he added. “If not the risk is there will still be large areas of the developing world where the virus spreads like wildfire.”