Flooded Tennessee Town Wrestles With How, Where to Rebuild

Back in August, a devastating flood ran through the rural town of Waverly, Tennessee, which killed 20 people before it receded

In the 100 years that Jim Traylor’s family had lived in his house in rural Waverly, Tennessee, it hadn't once flooded. The normally shallow Trace Creek where he had fished and swam as a kid had never crossed the one-lane road that separated it from his home.

That changed on Aug. 21, when more than 17 inches (43 centimeters) of rain just upstream transformed the usually placid waterway into a roiling river that rushed into his house and devastated the town, killing 20 people before it receded.

The water was already halfway up his tires by the time the 79-year-old decided to flee.

“Sitting here in the car and just watching it, how fast it was coming this way — it’d blow your mind,” he said recently. “It’s unreal. You can’t imagine.”

Traylor's family got out safe, dogs and all, but the home his grandfather bought in 1921 may have seen its last days, barring help from the Federal Emergency Management Agency. He doesn't have the money to repair it and doesn't want a loan.

A hundred years ago, the massive flood would have been seen as a fluke of nature, a once-in-a-lifetime event. Residents could have built back without fear. But today, climate change is making the type of flood-producing rainfall that inundated Waverly more common, experts say.

And so now, the roughly 4,000 people who live there face a dilemma. With more than 500 homes and 50 businesses damaged, Waverly will likely see massive losses in property and sales tax revenue even as it prepares to spend millions on debris removal and infrastructure repairs. If those homes and businesses don't return, the town could slowly die.

But if they build back along the creek, are they risking another disaster?

Janey Smith Camp, a Vanderbilt University engineering professor, said there are a number of options for communities that risk a repeat of devastating floods, including the need to “really think about whether or not it makes sense to rebuild in some areas.”

“I fully realize that we’re talking about people’s lives, their homes — and some of them may be multigenerational,” Camp said. “It’s a tough thing to swallow. But there’s a point that we need to start saying, ‘It’s not safe to live here anymore.’”

Camp said similar tough discussions are happening elsewhere, including in Nebraska, where an entire town is considering relocating to a higher elevationafter 2019 floods. Over the past decade, weather-related storms, fires and floods have displaced about 23 million people a year globally, according to the World Meteorological Organization. After Waverly was ravaged, more than a dozen Tennessee mayors formed a group aimed at bolstering communities against flooding.

Unlike many small towns, its downtown was alive with a mix of local businesses and chain stores. It even boasts a family-owned movie theater across from the courthouse that just celebrated 85 years of operation. On a recent Thursday, it was showing the latest Marvel hit, “Shang-Chi and the Legend of the Ten Rings.”

Frazier, a lifelong Waverly resident who has served the city since 1975 in roles ranging from police chief to town manager, is now among those contemplating a rebuild. A rental home he owned took on 7 feet (2 meters) of water. The brick frame survived, but the interior had to be gutted. Like many of the town's damaged homes, his wasn't within the 100-year flood plain and didn't have flood insurance.

As a landlord, the only federal assistance he qualifies for is a low-interest Small Business Administration loan, Frazier said. At 68, he's not sure he wants to take that on.

State and federal officials said they're willing to help if more funding is needed, without making specific commitments yet.

Already, Humphreys County commissioners have said they won’t push to rebuild a low-income public housing complex near the creek after families testified that they don’t want to go back. Residents suggested a memorial for neighbors who lost their lives.

Tennessee’s top emergency management official has pledged to help the town rebuild in a way that keeps the community intact. He says decisions loom on everything from homes to two schools that were flooded — luckily, on a Saturday. 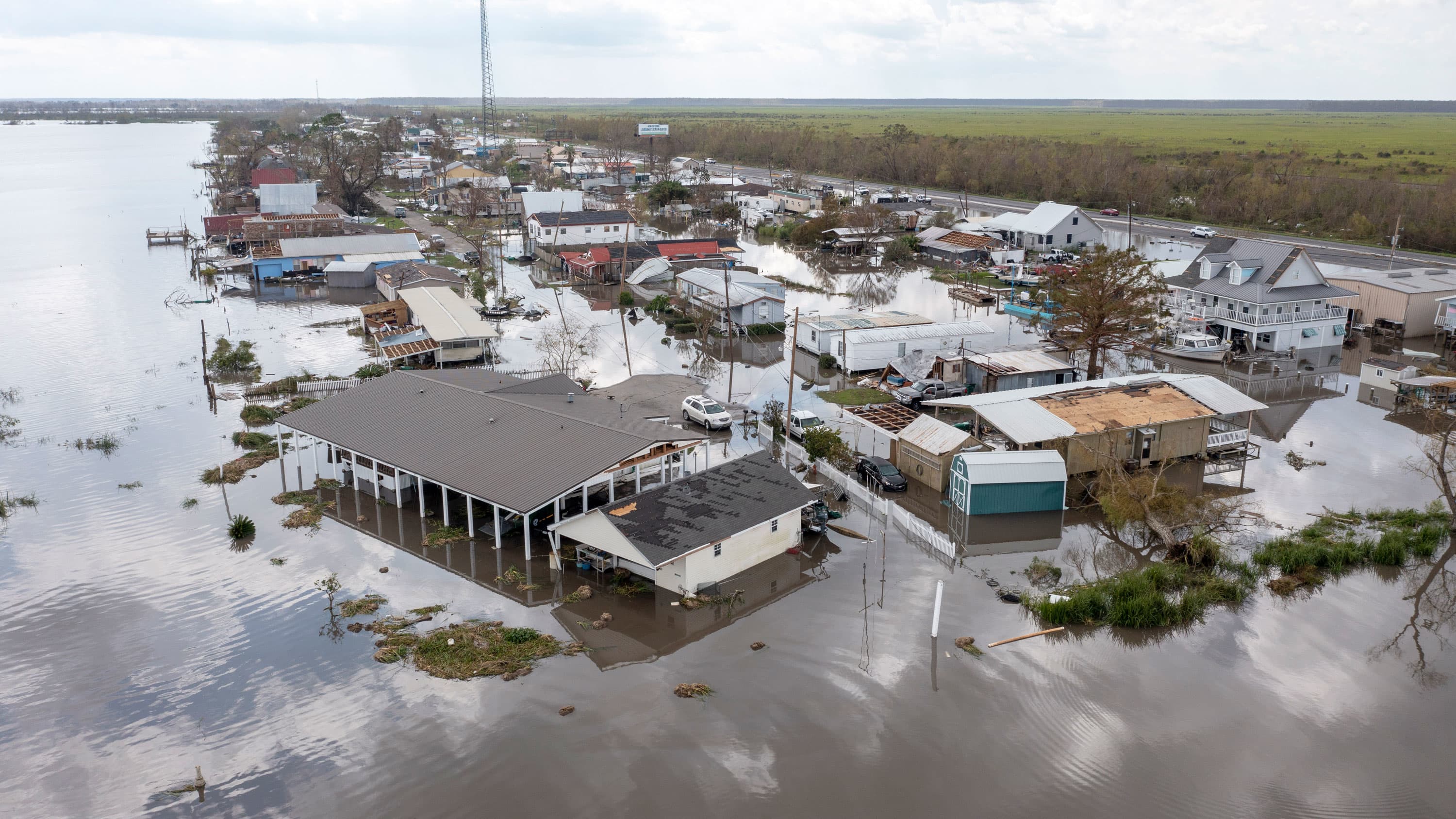 Climate Change Can Impact Your Finances. The Government Wants to Come Up With Solutions 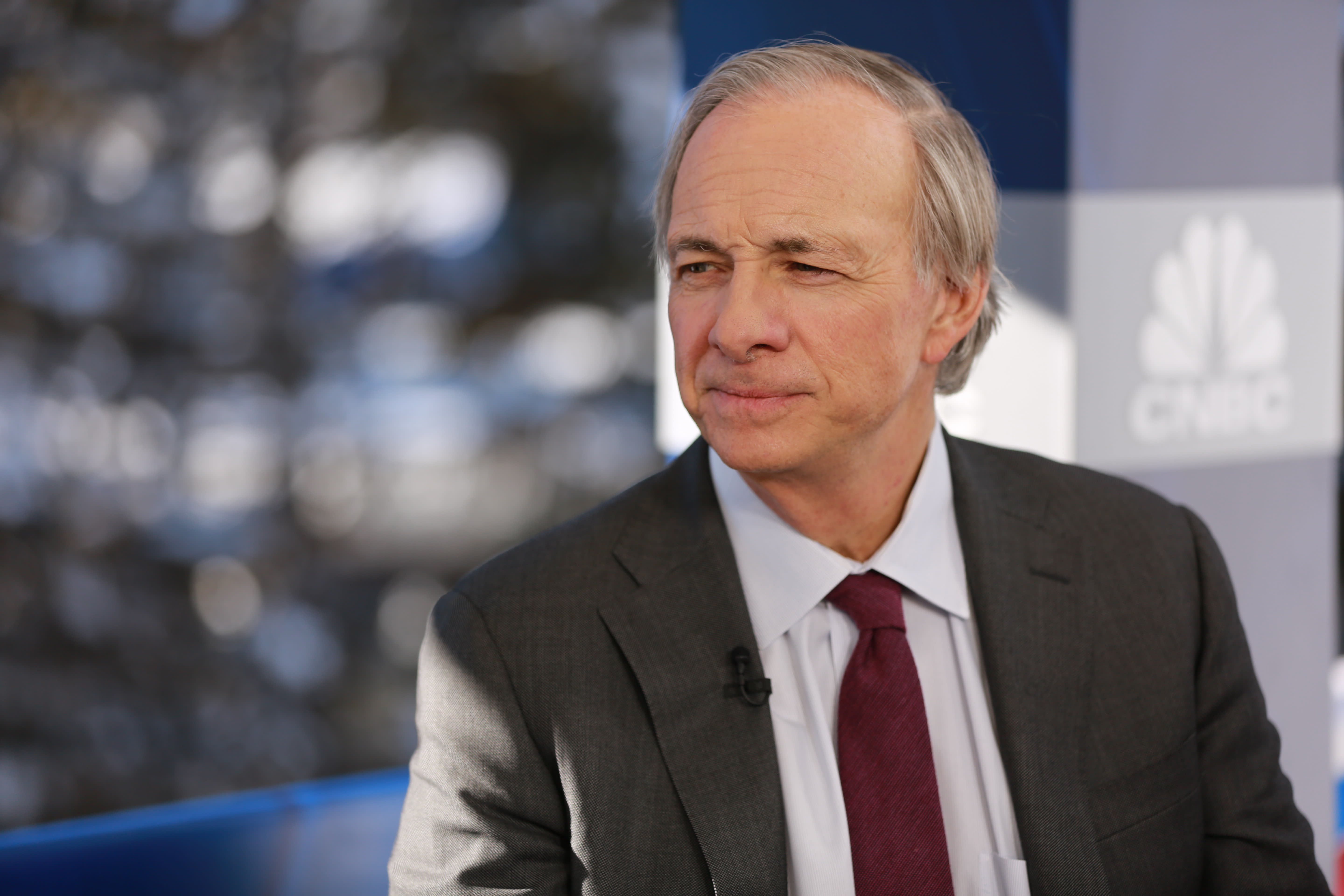 Billionaire Ray Dalio on Climate Change: ‘It Worries Me. I Worry for Man'

“A lot of that housing there was lower income, and it is a sad fact that those with the least resources often find themselves most vulnerable to these hazards,” Patrick Sheehan told The Associated Press in August. “We want to make sure that we work with them to reduce that.”

The government could buy out damaged homes and raze them to create open space. But buyouts are expensive and — while they would help address the issue of future flooding — Waverly would have significantly fewer homes and a smaller tax base. Elevating rebuilt homes and businesses is another expensive possibility.

Many in town hope the U.S. Army Corps of Engineers will solve their problem. The Corps has surveyed the flooded area and is seeking funding for an analysis, but any follow-up would require some local money. That could be a big ask for a small town.

Gretchen Turner is among those looking to the Corps for a solution before she commits to rebuilding her house, originally built in 1912. She and her teenage daughter spent the flood saving original artwork by her late mother-in-law before taking shelter on the second floor. Right now, the interior is stripped to the floor beams.

Turner has received $9,000 in FEMA aid, though she’s not sure what exactly it’s for. She estimates it could take $100,000 to $200,000 to rebuild the historic, Craftsman-style home her family has lived in for more than a quarter-century.

“I love this house, and feel like I'm the conservator of this house,” she said. “I want it to be OK.”

Jack Buchanan worries about another flood. He owned his two-bedroom home outright and had planned to live there for the rest of his life, envisioning a retirement filled with hunting, fishing and watching his grandchildren play baseball. Now the home sits gutted. Like many others, he didn’t have flood insurance. He’d like to stay in Waverly, where he grew up, but is weighing alternatives.

“I’m nearly 70 years old, and I’m looking at starting over like a 20-year-old,” Buchanan said.

He’s thinking about parking a camper on his property. For now he alternates between staying with his two children and a close friend. But he also considers himself lucky.