Nordean made an initial appearance in U.S. District Court in Seattle on Wednesday afternoon

Federal authorities on Wednesday arrested a man who describes himself as the “Sergeant of Arms” of the Seattle chapter of the far-right group Proud Boys, after he was charged in connection with the riot at the U.S. Capitol last month.

Ethan Nordean, 30, who also goes by Rufio Panman, was charged with obstructing or impeding an official proceeding, aiding and abetting, and knowingly entering or remaining in a restricted building. The most serious of the charges carries up to 20 years in prison.

He is at least the eighth defendant linked to the male-chauvinist and extremist Proud Boys facing federal charges after thousands of pro-Trump supporters stormed the U.S. Capitol as Congress was meeting to certify Joe Biden’s presidential win.

A federal grand jury in Washington, D.C., on Wednesday indicted two of those defendants, Nicholas DeCarlo, of Burleson, Texas, and Nicholas R. Ochs, of Honolulu, Hawaii, following their arrests last month. Among other things, the pair stand accused of scrawling “Murder the media” on a door of the Capitol and stealing a pair of flexible handcuffs that belonged to Capitol police. Ochs is one of the founders of Hawaii's chapter of the Proud Boys.

Nordean made an initial appearance in U.S. District Court in Seattle on Wednesday afternoon, represented by public defender Corey Endo. A magistrate judge ordered him to remain in custody until a status conference and detention hearing on Monday.

The FBI said he was arrested without incident at his home in Auburn, south of Seattle.

Steven D’Antuono, Acting Director of the FBI Washington Field Office, and U.S. Attorney Michael Sherwin told reporters on Tuesday that they expect hundreds to be charged in connection with the Capitol riot. D’Antuono also defended the FBI’s response to intelligence prior to the riot, saying, “The FBI cannot open an investigation without a threat of violence or alleged criminal activity… in this case, we had no indication information was linked to any specific person but this was a matter of an online discussion.”

According to the Southern Poverty Law Center, which tracks hate groups, Nordean is known for brawling with left-wing antifa demonstrators in Portland, Oregon, infamously knocking one out in a 2018 confrontation captured on video.

“We have tried for a long while to get our son off the path which led to his arrest today –- to no avail,” his father, Mike Nordean, said in an email Wednesday. “Ethan will be held accountable for his actions.”

Prosecutors said Nordean had been posting before the riot about plans to organize a group and posted a video with a caption reading, “Let them remember the day they decided to make war with us.” He also posted videos speaking with other Proud Boys members about what he described as “blatant, rampant voter fraud,” according to investigators. 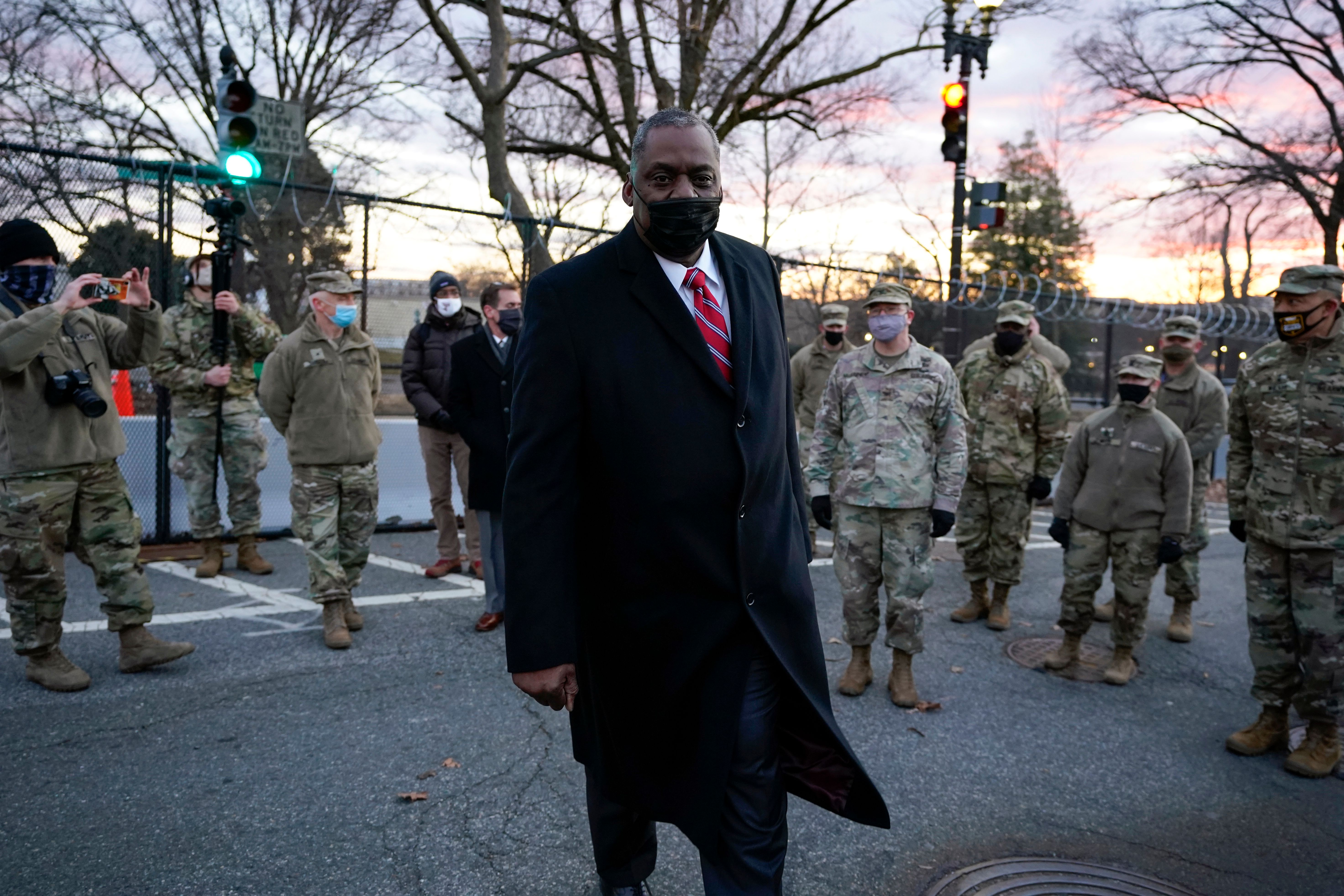 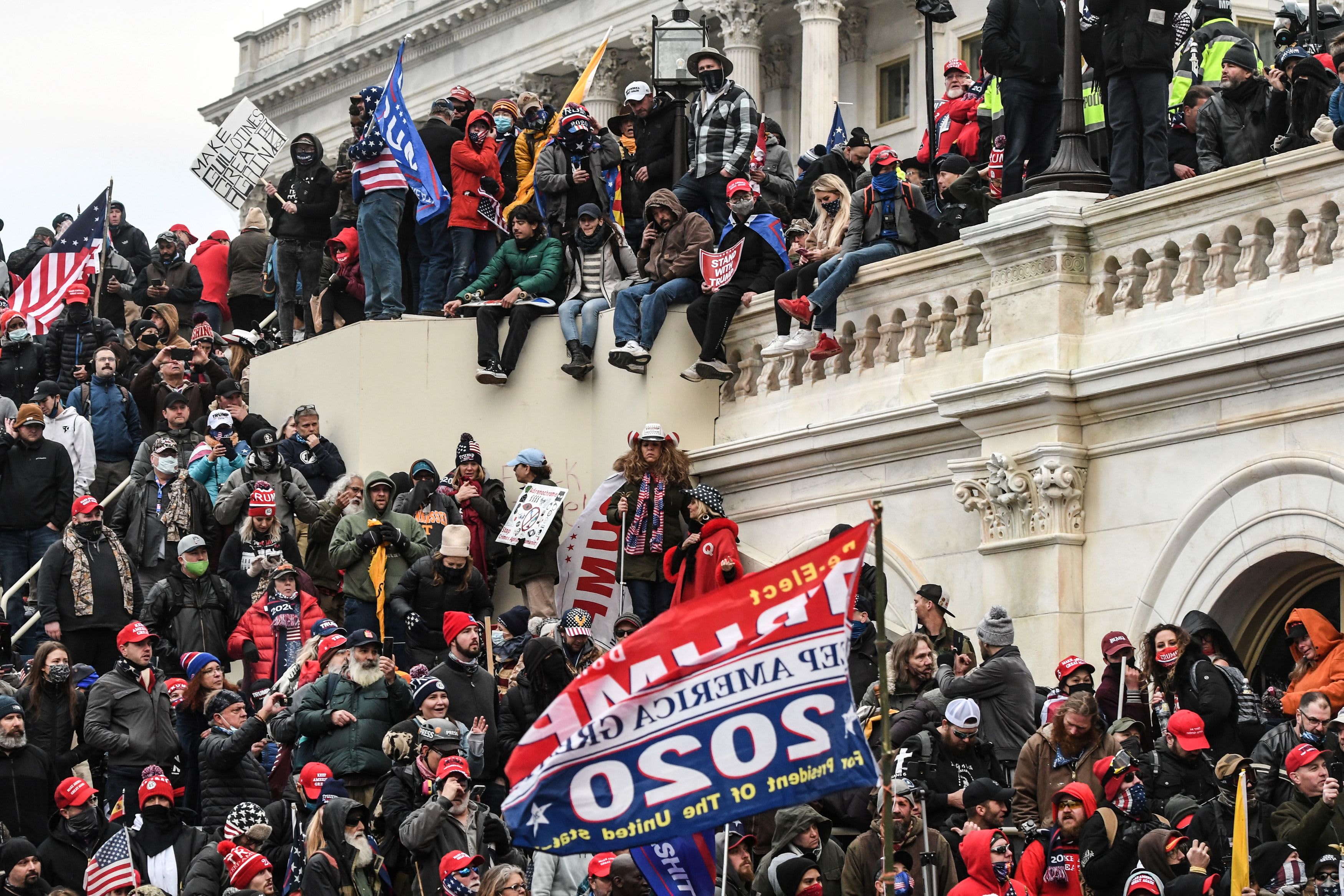 Authorities allege Nordean told others that they should not be complacent and that the Proud Boys were going to “bring back that original spirit of 1776 of what really established the character of what America is.” Later in the video, prosecutors say, Nordean said: “Democracy is dead? Well, then no peace for you. No democracy, no peace.”

“It is apparent now more than ever, that if you are a patriot, you will be targeted and they will come after you, funny thing is that they don’t realize is, is we are coming for them,” he said, according to prosecutors. “You’ve chosen your side, black and yellow teamed with red, white and blue against everyone else.”

Nordean was marching at the front of a group of Proud Boys shortly before the riot began, and he broke into the Capitol building with other members of the group, prosecutors say. They charge that Nordean was near the front of the crowd of rioters and then confronted the vastly outnumbered Capitol Police officers.

Two days after the riot, prosecutors said, he posted a photo of a Capitol Police officer firing pepper spray with a caption reading, “If you feel bad for the police, you are part of the problem...”