Strategists said the Fed is taking steps that should get markets moving, and it’s doing it sooner than expected

The Federal Reserve is blasting markets with a bigger and bolder stimulus package, but the response in credit markets has been tepid as stocks continue to sell off.

The Fed, just ahead of Monday’s market open, said it’s launching a barrage of new programs to ease the crunch in credit markets and make lending programs more available for Main Street businesses. As part of its plan, it put no limit on the amount of asset purchases it will make, after buying a record $300 billion in Treasurys last week.

The Fed also aimed its buying strategically at problem areas, including corporate bonds, which it will buy for the first time. It can make purchases of investment grade bonds in the primary or secondary market, or through ETFs.

Market pros reported some easing of corporate spreads but little flow activity. In high-yield corporate bonds, some spreads have reversed earlier improvements, and the iShares iBoxx $ High-Yield Corporate Bond ETF HYG was negative on the day after trading higher. 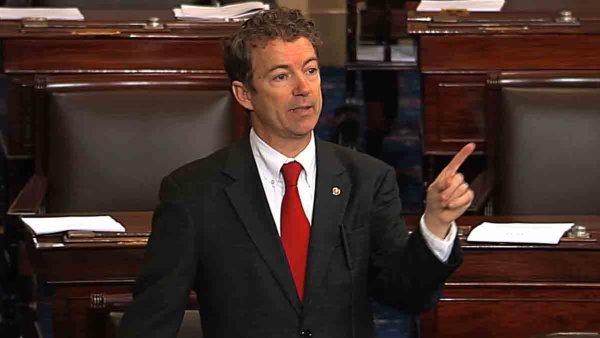 How Do We Protect Ourselves at Home During Coronavirus, and What if Someone Has Been Exposed?

“I’m not seeing yet that things are more calm out there. Most traders, if they get an opportunity are going to derisk,” said Patrick Leary, chief market strategist at Incapital.

Strategists said the Fed is taking steps that should get markets moving, and it’s doing it sooner than expected. “They tightened credit spreads, but the perception is that the Fed is going to be willing and able more quickly than people were expecting,” said Ian Lyngen, head of fixed income strategy at BMO.

“The perception has been it would require congressional approval, but they partnered with the Treasury to roll out a corporate bond program more quickly,” Lyngen said. “The perception is things are going in the right direction. Has that translated into better financial conditions? That remains to be seen but it should improve quickly.”

Strategists said that for the markets to really improve, the Fed’s action need to be accompanied by fiscal stimulus, which is still working its way through Congress. But the reality is, the coronavirus needs to show signs of peaking.

“There’s still a lot of stress in a lot of different places,” said David Tepper, founder of Appaloosa Management told CNBC. As for the Fed action, “it takes a little bit of stress off.”

Leary said there is not much flow in corporates, but it’s early.

“We’ve never done that corporate credit facility before. Let’s see how it goes. There are winners and losers here, too. if you’re a primary dealer and you trade with the Fed, you’re a winner.,” said Leary, noting the same opportunities are not available for regional players.

Andrew Brenner of National Alliance said the market should respond, but so far the moves in corporates have been minor. He watches credit default swaps on five-year corporate investment-grade bonds and high-yield bonds, which reversed a big early move.

Strategists said they expect the Fed to keep firing away at markets with new facilities that it announced, and it should help the student loan and auto loan market. While it may take some time, they expect the Fed’s tactics to work.

“I’ve learned you don’t fight the Fed. When the Fed is aggressively involved, they always win,” said Brenner.

Brenner said the markets, which were already in pain, went into a deeper chill late last week as Wall Street economists started putting bigger and bigger numbers on the size of a sudden, sharp recession. Goldman Sachs, for instance, expects a 24% decline in second quarter GDP.

“It’s going to take some time to get these things up and running. It’s not like they can just go out and buy them, like they can with Treasurys,” said John Briggs, head of strategy at NatWest Markets.

The Fed has fired a policy “bazooka” at markets. It has been ramping up liquidity in the short-term funding market, or repo. It also slashed interest rates to zero and now has said it would do unlimited asset purchases.

“Our desk is starting to see a little bit of improvement at nonagency mortgages,” said Brenner. “Things are starting to look up. This could take a week or two weeks, whatever. Even with a stimulus package, there’s a tremendous amount of fear.”

Treasurys, the deepest and most responsive market, saw yields fall, as investors bought bonds on the news. The Treasury market has been plagued by liquidity problems that began to improve late last week.

The 10-year Treasury yield was at 0.72%, about 10 basis points off its high of the day, but the long bond was just a few basis points lower, as investors responded to Treasury Secretary Steven Mnuchin’s comment Monday morning that there would be more debt issued at the long end, to pay for fiscal stimulus to battle the coronavirus.