California has already surpassed the acreage burned at this point last year, which ended up setting the record

Images of homes engulfed in flames and mountains glowing like lava would make it easy to conclude the Golden State is a charred black landscape.

That’s hardly the case, but the frightening reality is that the worst may be yet to come.

California has already surpassed the acreage burned at this point last year, which ended up setting the record. Now it’s entering a period when powerful winds have often driven the deadliest blazes. 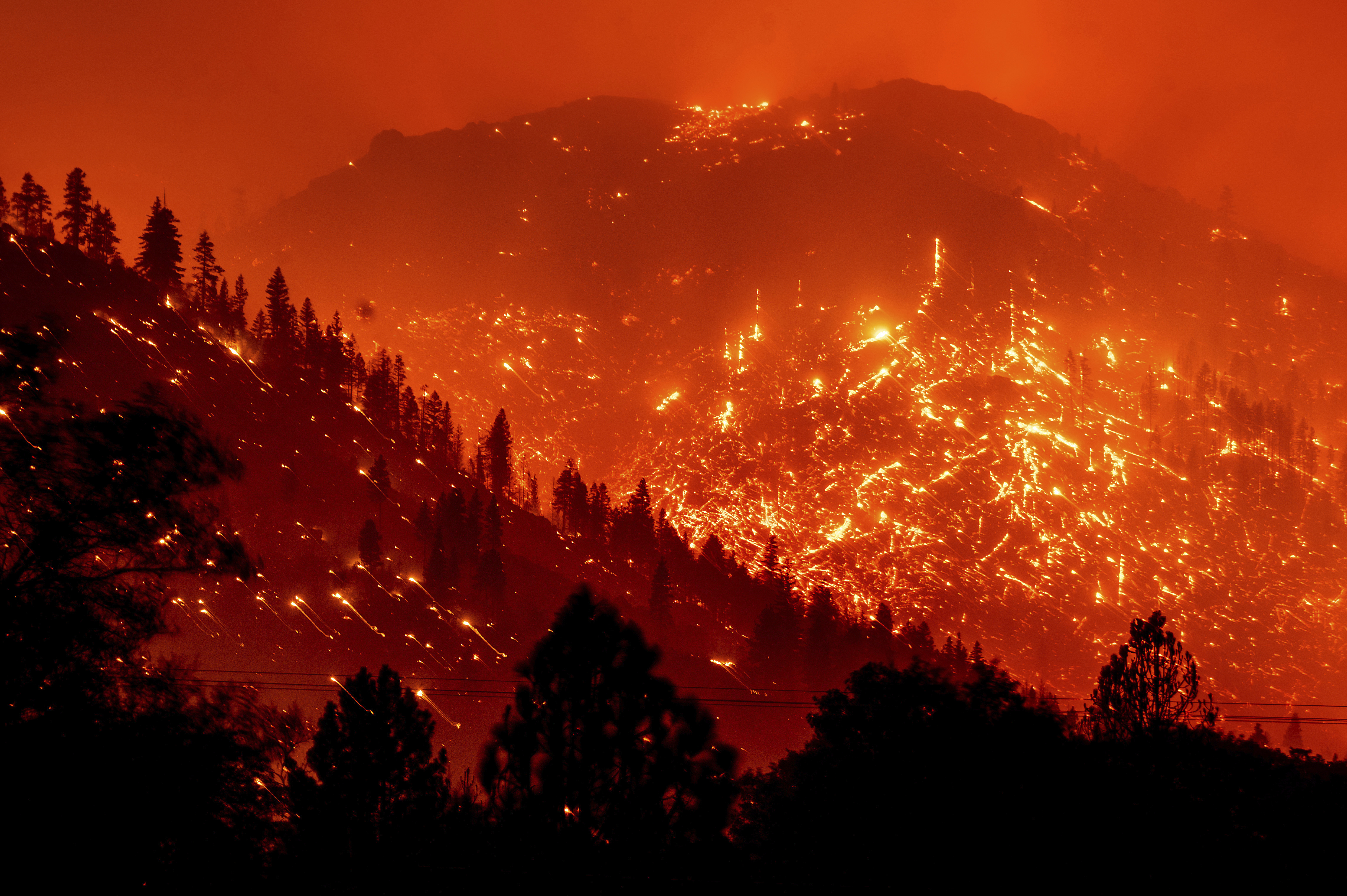 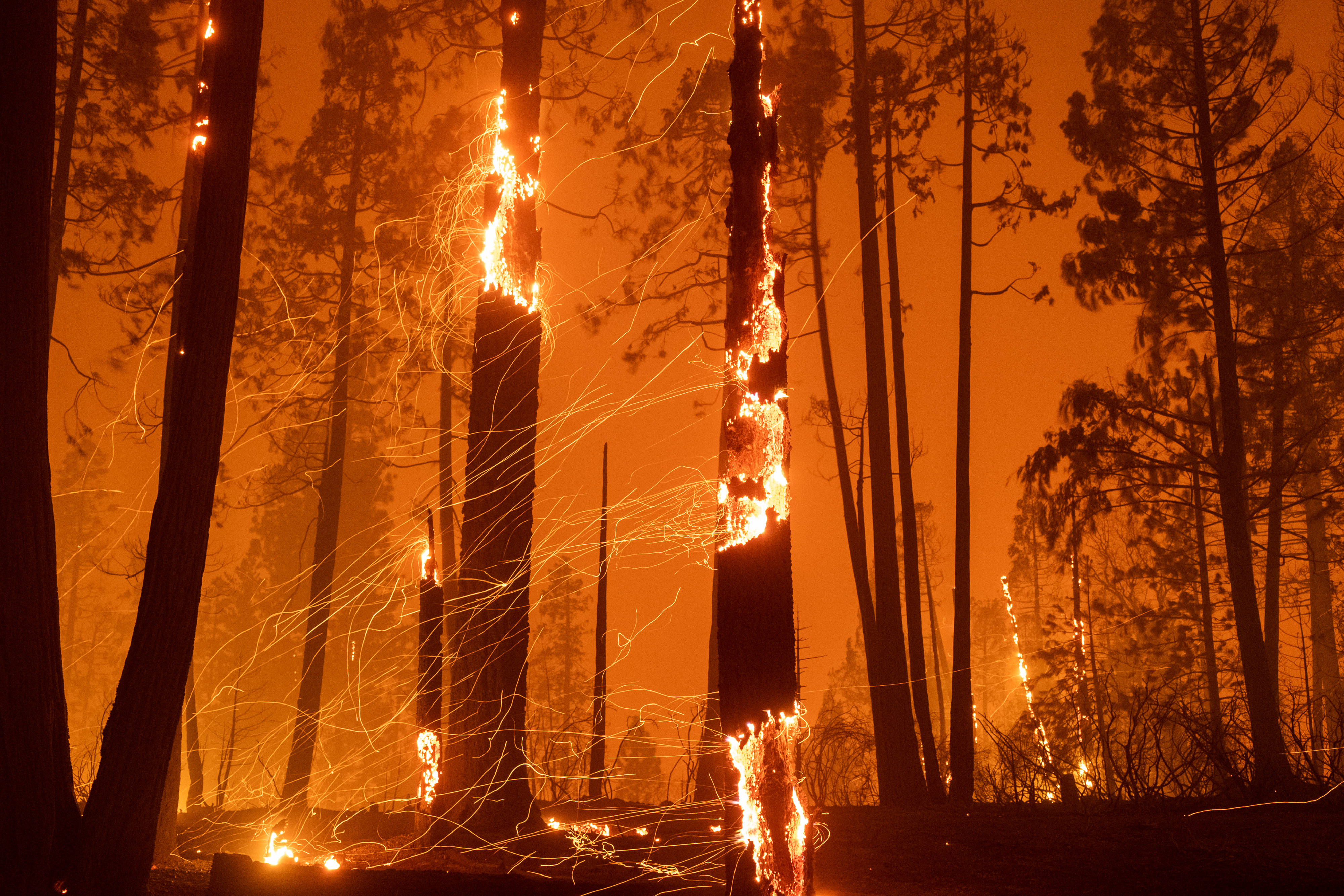 “Here we are — it’s not the end of August and the size and distribution and the destruction of summer 2021 wildfires does not bode well for the next months,” said Bill Deverell, a University of Southern California history professor who teaches about fire in the West. “The suggestion of patterns across the last two decades in the West is deeply unsettling and worrisome: hotter, bigger, more fires."

More than a dozen large wildfires are burning in California grass, brush and forest that is exceptionally dry from two years of drought likely exacerbated by climate change.

The fires, mainly in the northern part of the state, have burned nearly 1.5 million acres, or roughly 2,300 square miles (6,000 square kilometers).

Firefighters are witnessing extreme fire behavior as embers carried miles by gusts are igniting vegetation ripe for burning in rugged landscapes, where it's hard to attack or build a perimeter to prevent it from spreading. Fires that in the past would cool down at night are sometimes surging miles in the dark.

The Dixie Fire, the largest currently burning and second biggest on record, wiped out the historic town of Greenville and continues to threaten thousands of homes about 175 miles (282 kilometers) northeast of San Francisco. The Caldor Fire, burning about 100 miles (161 kilometers) to the south, blew up since Aug. 14, torched parts of the hamlet of Grizzly Flat and is chewing through dense forest.

Gusts and low humidity in the forecast that could vastly expand the blaze led to the closure Friday of a 40-mile (64 kilometers) stretch of highway that runs along the fire's perimeter and links Sacramento to Lake Tahoe.

A fire 60 years ago that torched 100 homes and killed two people near Yosemite National Park once had the record for fastest expansion, covering nearly 31 square miles (80 square kilometers) in two hours. But that kind of spread is becoming more common today.

“The Harlow Fire of 1961 was one of a kind in its day,” Hawkins said. “As we draw a comparison today, it’s not one of a kind, it’s one after another. Something has changed.”

The Dixie Fire that sparked July 13th has become the 2nd largest wildfire in California’s history.

Dramatic time lapse video showed a massive plume growing above thick forest. The column rose up and dark smoke poured across the sky before the cloud erupted in flames shooting hundreds of feet in the air.

“It wasn’t a slow deal,” Hawkins said. “When you see one of those develop that fast in heavy timber and already see another dozen fires in California running crazy it doesn’t take much to light your lightbulb or ring your bell.”

Ten of the state's largest and 13 of the most destructive wildfires in the top 20 have burned in the last four years.

The largest of those fires, the August Complex, a group of lightning-sparked blazes that merged, began a year ago this week. The deadliest and most destructive, the Camp Fire, killed 85 and destroyed nearly 19,000 buildings in November 2018.

In the past, forest fires have been dominant in late summer and fires in the fall have burned in chaparral and woodlands, driven by powerful dry winds created by high pressure over the Great Basin, said Malcolm North, a research ecologist with the U.S. Forest Service.

The offshore winds, known as Diablos in Northern California and Santa Anas in Southern California, usually have powered some of the worst blazes as they sap vegetation of moisture and pick up speed as they squeeze through mountain passes and canyons, becoming warmer and even drier.

With much of California experiencing exceptional drought, the highest intensity, according the U.S. Drought Monitor, large fires in the north could burn into early December, said Anthony Scardina, deputy regional forester for the Forest Service. Southern California could expect to see fires in September that could last to the end of the year.

Erratic infernos like the Creek Fire last year, the fifth-biggest ever, could be blamed in part on a 2012-16 drought. It is estimated to have killed more than 100 million trees in the Sierra Nevada, the state's largest mountain range and the setting for many of the fires, North said.

North was co-author of a 2018 scientific paper that predicted Sierra wildfires could burn at the intensity of blazes lit by fire bombings in Dresden, Germany and Tokyo during World War II.

“I do think that's what we're seeing,” said North. “The current models we have for how fires are going to behave don’t cover this because it’s just off the charts. It’s hazardous to firefighters and hard as hell to predict what it’s going to do."

Fires have intensified across the entire West, creating a nearly year-round season that has taxed firefighters. Fire patterns used to migrate in seasons from the Southwest to the Rockies, to the Pacific Northwest and then California, allowing fire crews to move from one place to the next, Scardina said.

“But the problem is all of those seasons are starting to overlap,” Scardina said. “We start to get stretched thin.”

As the Caldor inferno erupted, firefighters were diverted from the Dixie Fire. Repositioning crews, fire engines, and water- and flame retardant-dropping aircraft takes time, allowing newer blazes to advance and leaving communities near older ones vulnerable.

“Every time a new one starts it's like going to Toys R Us on Christmas Eve expecting to get a gift," Hawkins said, “and finding nothing on the shelf."