EXPLAINER: Why the US Is Now Boosting Heavy Weapons for Ukraine

Eight weeks into the war, the Biden administration's decision to dramatically ramp up the delivery of artillery guns to Ukraine signals a deepening American commitment at a pivotal stage of fighting for the country's industrial heartland.

It also brings into stark relief Moscow's warning that continued U.S. military aid to Ukraine would have “unpredictable" consequences, suggesting that Russia sees the international wave of weaponry as a growing obstacle to its invasion as well as a Western provocation.

“We're in a critical window” of time now, President Joe Biden said Thursday in announcing he had approved an additional $800 million in battlefield aid that includes 72 of the U.S. Army's 155mm howitzers, along with 144,000 artillery rounds and more than 120 armed drones that will require training for Ukrainian operators.

This brings to $3.4 billion the amount of security assistance provided since Russia began its invasion on Feb. 24. That is an extraordinary total of U.S. military aid for a country to which the United States has no defense treaty obligation.

Here's a look at the U.S. assistance and U.S. expectations for what it will accomplish:

What Is Artillery So Important Now in Ukraine?

Heavy weapons such as artillery are shaping up as a key feature of the unfolding battle for Ukraine's eastern region known as the Donbas. The relatively flat terrain is suited for what the military calls maneuver warfare — the movement of tanks and other ground forces backed by long-range guns like the 155mm howitzer.

The Russians have been deploying their own additional artillery to the Donbas region in recent days, along with more ground troops and other material to support and sustain what could be a long fight for terrain in Ukraine's industrial heartland.

The howitzers the U.S. is sending to Ukraine will be the latest American model, known as the M777, used by the Army and the Marine Corps. Smaller and more maneuverable than the older model, the M777 can be deployed on the battlefield by heavy-lift helicopters and moved relatively quickly between positions by seven-ton trucks that also are being provided by the Pentagon.

“What makes it important is the kind of fighting that we expect in the Donbas. Because of the terrain, because it's open, because it's flat, because it's not as urban, we can expect the Russians to rely on long-range fires — artillery in particular," said John Kirby, the Pentagon press secretary. “So we know that this is going to be part of the Russians' playbook.”

A senior U.S. defense official said the first of the 72 howitzers are expected to begin moving to Europe by this weekend. Of 18 other 155mm howitzers that Biden approved last week for shipment to Ukraine, an unspecified number already are in Europe, and U.S. howitzer training for Ukrainian personnel began Wednesday in an undisclosed country outside of Ukraine. 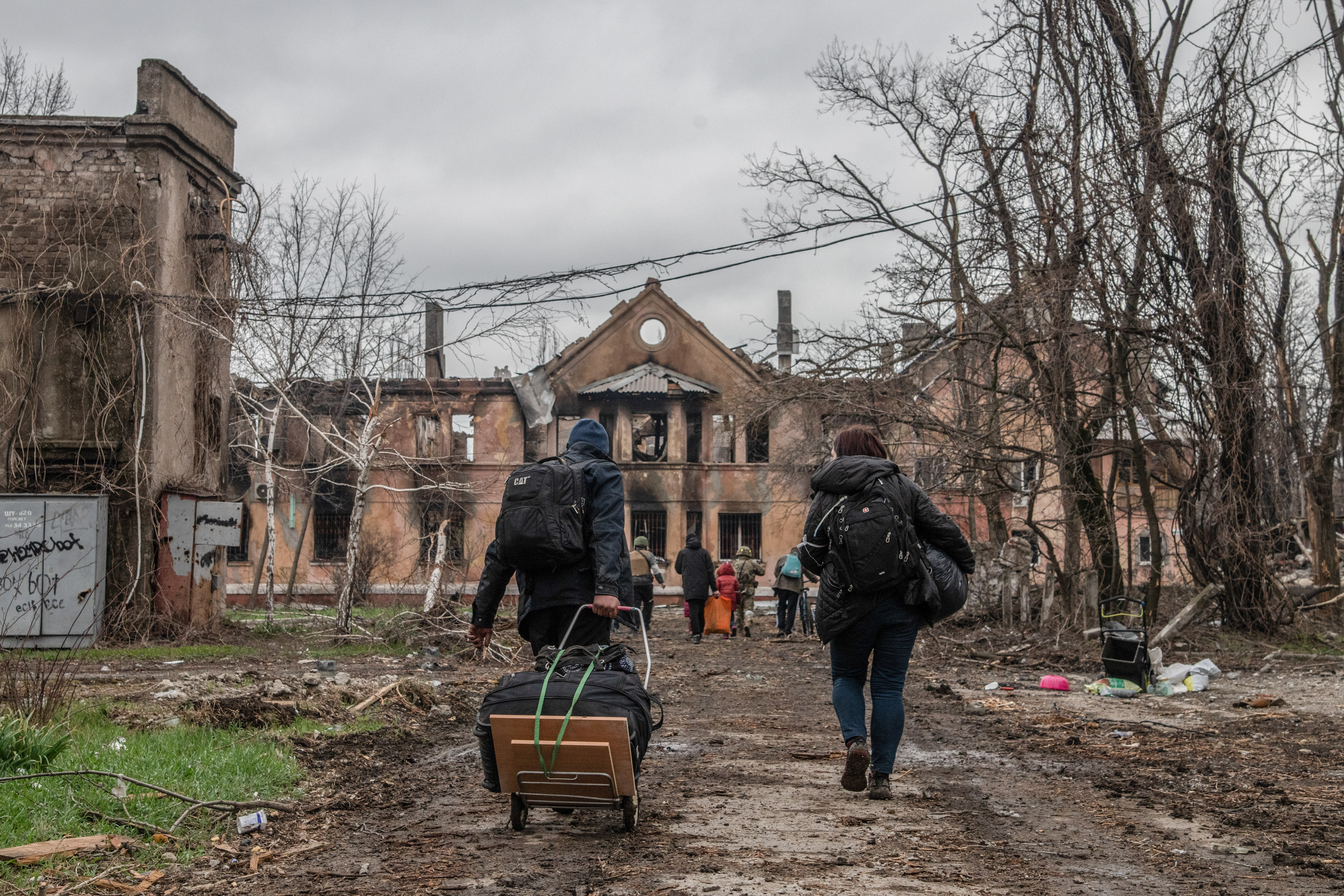 From Ukraine to Russia: Boy Safer Out of Mariupol, But Not Closer to US Dad 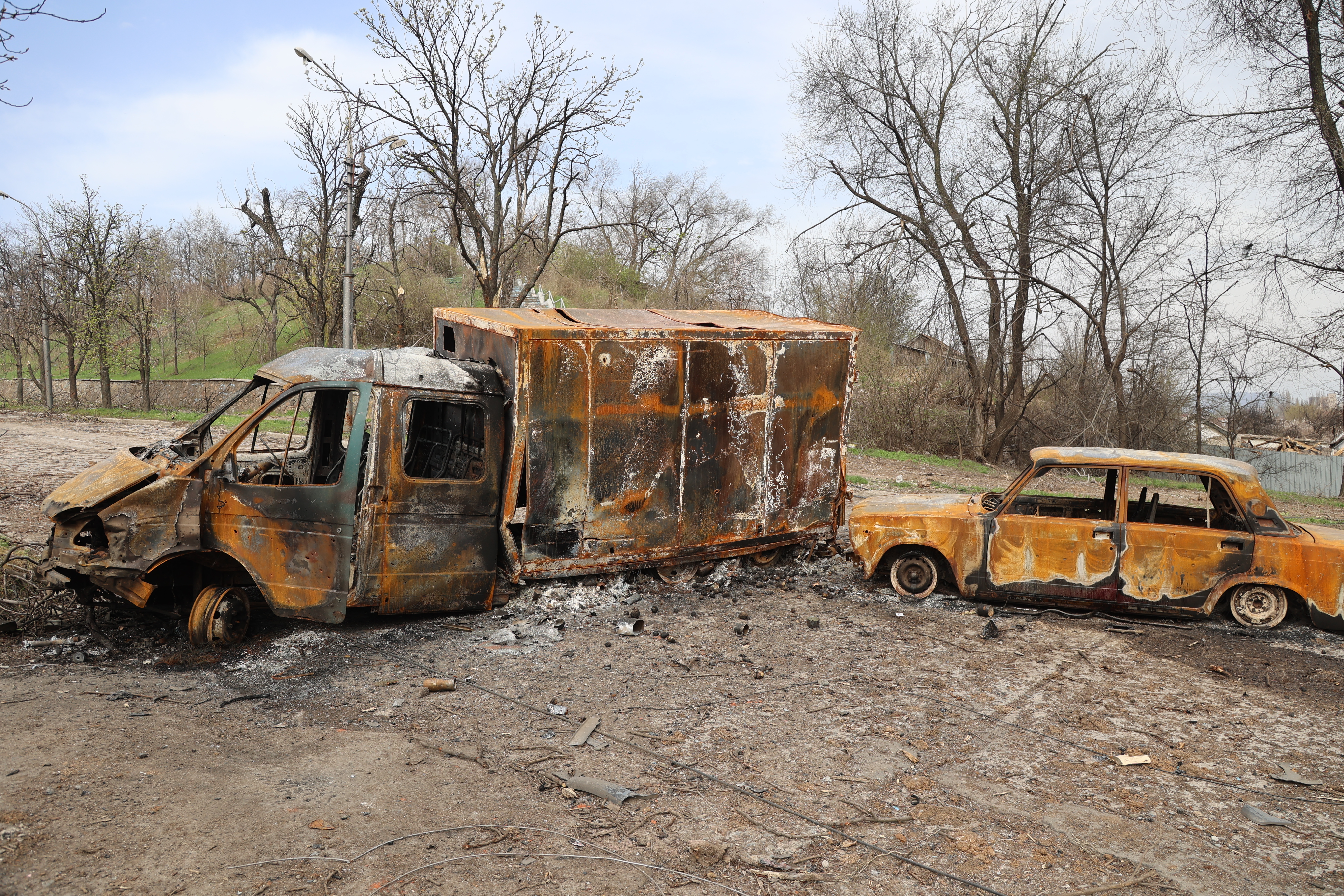 Putin Claims Victory in Mariupol, But Tells Russian Forces Not to Storm Holdout

Will U.S. Weapons Be Enough to Hold Off the Russian Offensive?

Probably not, and Biden said he already has asked the Pentagon to get to work on additional potential military assistance.

Biden said this phase of Russia's invasion will be “more limited in terms of geography but not in terms of brutality.” He also acknowledged that he needs Congress to approve the funds necessary to continue providing key weapons to Ukraine beyond the latest $800 million package, which he said would ensure a steady flow of arms only for the next few weeks.

U.S. officials say the Russians are trying to adjust their approach in Ukraine after early setbacks, suggesting the fight could be a long one.

After failing to take Kyiv, the capital, in the early weeks of its multipronged invasion, Russia has since narrowed its objectives by focusing on the Donbas, where Moscow-backed separatists have been fighting since 2014, and on a stretch of coastal territory along the Sea of Azov from Mariupol to the Crimean Peninsula. One Russian advantage is this region’s proximity to Russian territory, which allows for shorter supply lines than earlier battles in Ukraine’s north.

What Else Is the U.S. Providing to Ukraine?

In addition to the 72 howitzers and the vehicles required to move them around the battlefield, the new weapons package for Ukraine includes artillery rounds and armed drones from U.S. Air Force stocks. Still in the pipeline from a separate $800 million weapons package announced only last week is a wide range of articles, including radars used to enable the targeting of Russian artillery, as well as air surveillance radars and unmanned coastal drone vessels.

“Artillery and drones are the exact things Ukraine will need as Russia heads into its next campaign in the East and South,” said Mark Montgomery, a retired Navy rear admiral who previously served with U.S. European Command in helping improve U.S.-Ukrainian military relations. Montgomery is now an analyst at the Foundation for Defense of Democracies.

The drone included in the latest package is called the Phoenix Ghost, made by a U.S. company, Aevex Aerospace, which bills itself as a leader in “full-spectrum airborne intelligence solutions.” Kirby, the Pentagon spokesman, declined to describe the drone's capabilities beyond saying that it is used “largely but not exclusively to attack targets.” It also has onboard cameras.

Kirby said the drones are especially well suited for the terrain on which the Ukrainians are fighting in the Donbas.

Ukraine for years expressed serious interest in joining the alliance of mostly European countries, while Russia has cast explicit demands that Ukraine should never do so. Here’s why Ukraine would have such a tough path to becoming the next member of NATO.
Copyright AP - Associated Press