Last week Juul announced it would cease all advertising of its small, discrete vaping devices

Federal consumer watchdogs have ordered Juul and five other vaping companies to hand over information about how they market e-cigarettes, the government’s latest move targeting the industry.

The announcement Thursday from the Federal Trade Commission comes amid a nationwide crackdown on e-cigarettes as politicians and health authorities try to reverse an explosion of underage vaping by U.S. teenagers.

The FTC said in a statement it wants to “better understand” vaping sales and promotional practices, including e-cigarette give-aways, online influencer programs and marketing on college campuses. Those techniques are also at the center of several state and federal investigations into whether Juul’s early viral marketing efforts helped spark the surge in teen vaping.

Last week San Francisco-based Juul announced it would cease all advertising of its small, discrete vaping devices. A company spokesman said Thursday in a statement: "We will fully cooperate and are focused on earning the trust of regulators, policymakers and other stakeholders.”

Federal law prohibits traditional tobacco companies from numerous sales tactics, including giving away cigarettes, sponsoring sports events and advertising on television, radio, public transportation and billboards. But those laws don’t apply to e-cigarettes, which first launched in the U.S. in 2007.

More than 1 in 4 high school students report vaping in the past month, according to the latest government survey data. Top health officials have called the trend an epidemic that risks addicting a generation of young people to nicotine.

Official: US to Expel Haitians From Border, Fly to Haiti 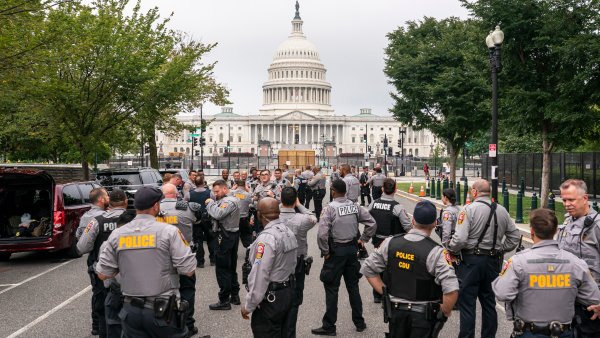 Besieged by criticism, Juul announced a series of surprise concessions last week: halting all advertising, pledging not to lobby against a planned federal ban on vaping flavors and replacing its CEO. Juul already faces multiple investigations from Congress, the Food and Drug Administration and several states attorneys general.

The privately-held company controls nearly 70 percent of the U.S. retail market for e-cigarettes and became a cultural phenomenon on the success of its high-nicotine, flavored pods.

Most experts agree that e-cigarette vapor is less harmful than cigarette smoke because it doesn't contain most of the cancer-causing chemicals in burning tobacco.

The recent outbreak of lung illnesses mostly involves people who say they vaped THC, the high-inducing chemical found in marijuana. Still, health inspectors have not ruled out any products and are encouraging Americans to avoid vaping until they determine the cause of the illnesses.