Most recently, defense lawyer Kevin Gough told the judge in his latest of several requests for a mistrial, that his client’s right to a fair trial was being violated by a “left woke mob"

When a defense attorney in the trial of three men charged in the killing of Ahmaud Arbery called for Black pastors to be barred from the courtroom, shock and outrage rippled across the country. But for people familiar with his courtroom style, it came as no surprise.

A former top public defender whose firing five years ago was condemned by the local NAACP chapter, Kevin Gough is known in legal circles for pushing the envelope if he thinks it will benefit his client.

“I’m entirely not shocked at all by what everybody’s been shocked about. It's just classic Kevin Gough,” said Wes Wolfe, who covered Gough as a courts reporter for The Brunswick News from 2016 to 2020.

Gough did not respond to an email and a text message seeking comment.

But he did deliver additional inflammatory remarks in court on Friday as he compared actions supporting Arbery's family, including a rally of Black pastors held outside the courthouse the day before, to a “public lynching” of the three white defendants.

“This is what a public lynching looks like in the 21st century,” Gough told the judge in his latest of several requests for a mistrial, saying his client’s right to a fair trial was being violated by a “left woke mob.”

Gough, who represents William “Roddie” Bryan, has repeatedly argued that the presence of high-profile civil rights leaders and pastors could threaten his client’s right to a fair trial. Bryan, along with father and son Greg and Travis McMichael, is charged with murder and other crimes in the February 2020 shooting death of the 25-year-old Black man near the Georgia port city of Brunswick.

Gough is no stranger to controversy and media attention.

He was appointed to head the Brunswick Judicial Circuit public defender's office in 2012, overseeing five counties in southeast Georgia, but was fired nearly four years later. 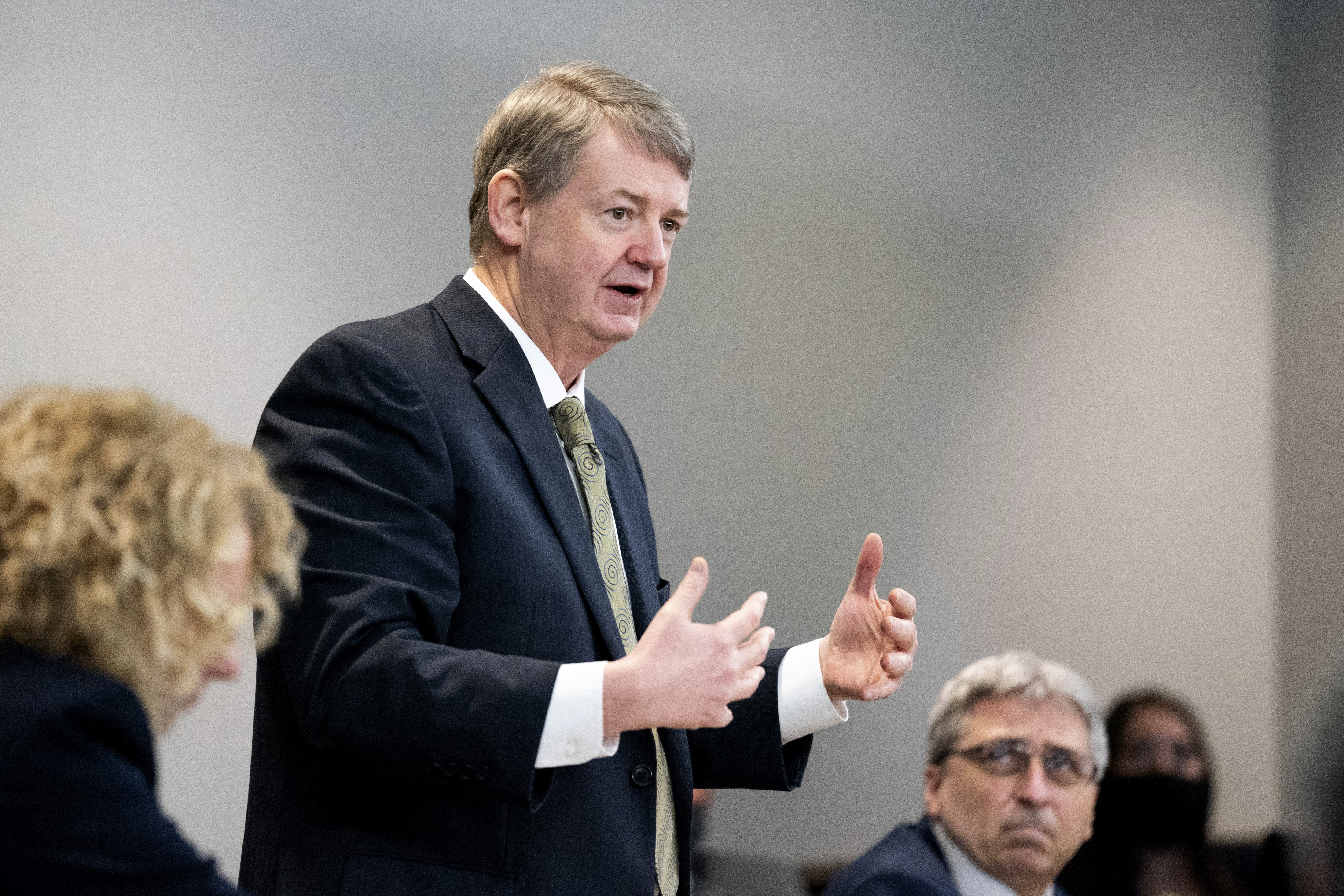 Attorney: No More ‘Black Pastors' in Court for Arbery Case 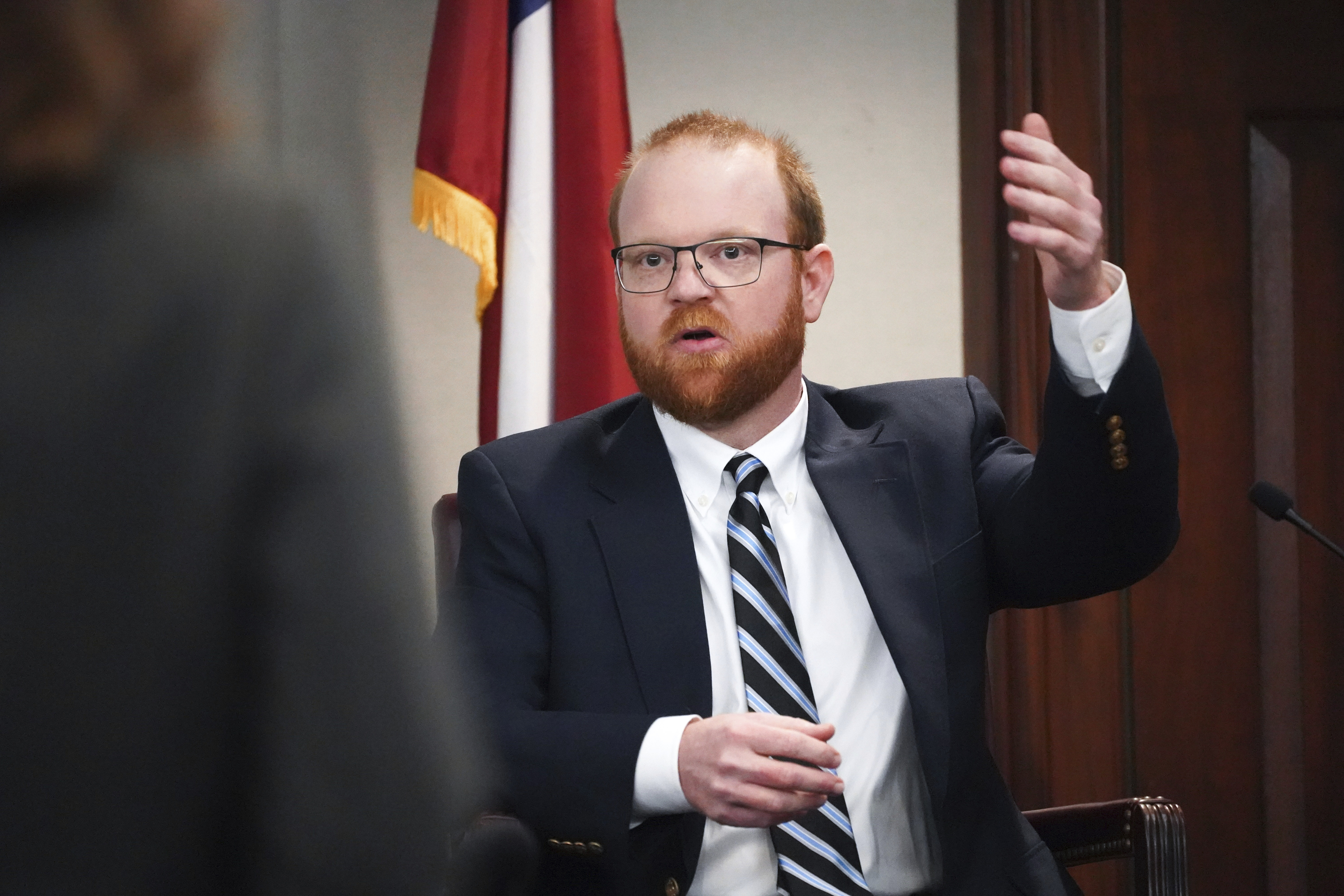 In a dismissal letter in April 2016, then-executive director of the Georgia Public Defender Council Bryan Tyson wrote that Gough’s conduct and history of poor management decisions left Tyson no choice but to remove him. Among other things, Tyson wrote in the nine-page letter, Gough “engaged in a media campaign designed either to secure your re-nomination, to discredit the district attorney, or both.”

In a television interview two weeks earlier, Gough had accused the local district attorney of holding cases hostage — wasting taxpayer money and violating his clients’ rights to a speedy trial — in hopes that Gough wouldn’t be reappointed and she could file cases once he was gone.

The Brunswick NAACP had raised concerns about the district attorney’s office and, the day after his firing, Gough threatened a hunger strike “unless and until" the issues were addressed.

The Rev. Zack Lyde, who said he took complaints for the local NAACP at the time, strongly opposed Gough’s firing and credited him with bringing in talented public defenders who were actually winning cases against the district attorney’s office.

“That was very exciting to me because I’d seen ... a tremendous number of poor people, and in particular Black folks, who were railroaded by the system,” he said in a phone interview.

Lyde said he believes Gough is a skilled defense attorney who does whatever is required to help clients, so he doesn’t take issue with Gough’s call to bar Black pastors from the courtroom.

“I assure you, if I had to get a criminal lawyer to defend me in Glynn County, Gough would be the man,” he said.

As the Rev. Jesse Jackson sat in the courtroom Monday, Gough told the judge that civil rights icons had no reason to be there. "With all due respect, I would suggest, whether intended or not, that inevitably a juror is going to be influenced by their presence in the courtroom,” Gough said.

We discuss the Ahmaud Arbery murder trial and the Kyle Rittenhouse trial with criminal defense attorney and legal analyst Molly Parmer. She says the judge in Rittenhouse's trial has shown a lot of concern for due process and Rittenhouse's rights. "I just would like to see this level of concern apply to so many more of my clients who maybe don't look like Kyle Rittenhouse," Parmer says.

In addition to objecting to the presence of Jackson and the Rev. Al Sharpton, who sat with Arbery’s parents in the courtroom last week, Gough said the judge was violating the U.S. Constitution by holding court on Veterans Day and raised a host of other concerns, often repeating the same objections numerous times.

Walmsley has calmly rejected most of Gough’s objections, but he said he found some of the lawyer’s comments while protesting the presence of Black pastors “reprehensible.”

The attorneys for the two McMichaels have, at times, distanced themselves from Gough. After Gough’s initial request to have Black pastors excluded from the courtroom, Jason Sheffield, one of Travis McMichael’s lawyers, called the comments “totally asinine, ridiculous.”

Page Pate, a longtime criminal defense attorney in Atlanta who opened an office in Brunswick several years ago, has been watching the trial closely. He said he doesn’t see a good defense strategy in making motions that will undoubtedly be rejected and which will likely have the opposite effect of what Gough says he wants.

Largely because of Gough’s comments, Sharpton called for Black pastors to descend on Brunswick to demonstrate outside thecourthouse Thursday.

“Either he’s working on some strategy none of us can perceive or visualize yet or he’s just wrong,” Pate said.

Pate doesn't know Gough personally but says he has a reputation as "an outlier” and “a strange bird.”

“No one says he’s an incompetent lawyer. I don’t hear that at all," Pate said in a phone interview. "What I hear is he’s just an odd character.”

Gough’s eyebrow-raising statements as the prosecution’s case unfolded were made largely outside the presence of the jury. Once he began to address the jurors directly, he calmly and methodically laid out his case.

With a high-profile trial that's being watched by people all over the country, it would be easy to assume that Gough is performing for the cameras. But he's just being himself, Wolfe said.

“Most events I dealt with in Brunswick, I was the only reporter in the room and I don’t think he knew I was there,” Wolfe said. "He’s a performer when he gets up in the courtroom.”

This story has been edited to clarify that Gough’s “lynching” comment was about the rally and other actions supporting Arbery’s family.