Geng said China's central government strongly supported Hong Kong's government and its police force in dealing with the incident in accordance with law.

"The violent attacks ... are serious illegal acts that trample on the rule of law and endanger social order. We strongly condemn it," Geng told reporters at a daily briefing.

Geng also reiterated China's rejection of any foreign nation commenting on or intervening in protest actions in Hong Kong, saying such matters were a purely Chinese affair and other countries "must not support any violent criminals in any form, and not send any misleading signals or take any erroneous actions."

The Cabinet's Hong Kong affairs office issued virtually an identical statement under the name of an unidentified spokesman.

Geng's comments follow the publication of an editorial by a ruling Chinese Communist Party newspaper that said the demonstrators who broke into the local legislature showed their "arrogance" and had no regard for the rule of law. 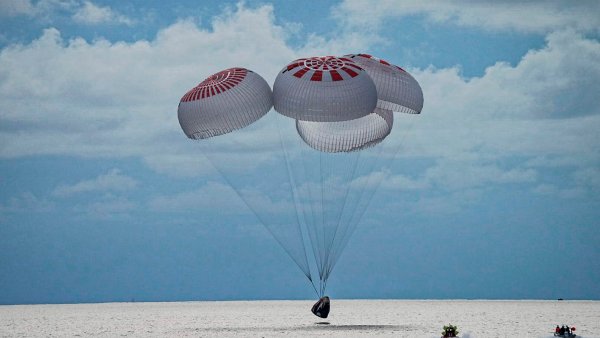 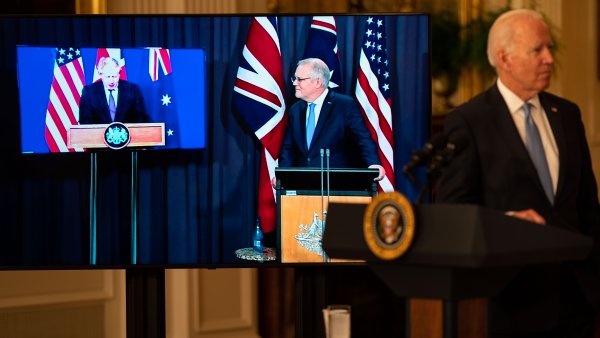 Chinese state media ran footage of police in Hong Kong clearing protesters from streets in the early hours of Tuesday in a break with their silence over days of pro-democracy demonstrations that have challenged Beijing's authority over the semi-autonomous Chinese territory.

Beijing has largely sought to downplay the demonstrations that have highlighted doubts about the validity of its "one country, two systems" formula for governing the former British colony. Its coverage of the protests and the publication of a harsh editorial in the official Communist Party newspaper Global Times may indicate it is prepared to take a tougher line against the demonstrators following days of forbearance.

"These violent assailants in their arrogance pay no heed to Hong Kong's law, no doubt arousing the anger and sadness of all people of the city of Hong Kong," the editorial said.

Veteran opposition figure Joshua Wong acknowledged that the damage to the legislative offices has drawn criticism from some sectors in the Asian financial hub. But he said mass participation in marches and rallies over previous weeks showed there was a groundswell of support for the demonstrators' goals of demanding more accountability from Lam's administration.

"I understand people in Hong Kong and around the world might not 100% agree or disagree on all of the behavior of protesters ... but all of the requests have been ignored. So is there any way out?" Wong said.

Lam is "not capable as leader anymore" and should resign, Wong said, echoing the demand of many protesters. Having been elected by a Beijing-approved committee, Lam is reliant on continuing support from Beijing, which has shown no outward signs of abandoning her so far.

Wong also alleged that police officers had "double standards" in enforcing the law, saying pro-Beijing legislators and their staff members have benefited by better treatment than their opposition counterparts throughout the weeks of protest outside the legislature.

On the mainland, Beijing had sought to suppress news of the protests, which roughly coincided with celebrations of the 22nd anniversary of Hong Kong's handover from British to Chinese rule. The demonstrations reflect mounting frustration with Lam and her government for not responding to demands from opposition figures that were originally sparked by a government attempt to change extradition laws to allow suspects to be sent to China for trial. Lam has shelved the bills but not agreed to scrap them altogether as opponents insist she does.

Hundreds of protesters swarmed into Hong Kong's legislature Monday night, defacing portraits of lawmakers and spray-painting pro-democracy slogans in the chamber before vacating it as riot police cleared surrounding streets with tear gas and then moved inside.

Protesters whacked away at thick glass windows until they shattered and then pried open steel security gates. Police initially retreated as the protesters entered, avoiding a confrontation and giving them the run of the building, during which they spray painted slogans calling for a democratic election of Hong Kong's leader and denouncing the extradition legislation. Many wore yellow and white helmets, face masks and the black T-shirts that have become their uniform.

The actions prompted organizers of a separate peaceful march against the extradition bill to change the endpoint of their protest from the legislature to a nearby park, after police asked them to call it off or change the route. Police wanted the march to end earlier in Hong Kong's Wan Chai district, but organizers said that would leave out many people who planned to join the march along the way.

Police estimated that 190,000 people joined the peaceful march, the third major one in as many weeks. Organizers put the turnout at 550,000.

The extradition proposal has heightened fears of eroding freedoms in Hong Kong, which Britain returned to China on July 1, 1997. Debate on the measure has been suspended indefinitely. Protesters want the bills formally withdrawn and Lam to resign.

Lam, who has come under withering criticism for trying to push the legislation through, called a rare pre-dawn news conference with security officials Tuesday at police headquarters. She noted that two different protests happened Monday — one a generally orderly march that reflected Hong Kong's inclusiveness, the other using vandalism and violence.

"This is something we should seriously condemn," she said.

Lam disputed protesters' complaints that officials had not responded to them, saying the government explained that by suspending the bill with no timetable or plan to revisit it, the legislation would die at the end of the current legislative session in July 2020.

For the other demands, she said releasing arrested protesters without an investigation would not uphold the rule of law.

The extradition bill controversy has given fresh momentum to Hong Kong's pro-democracy opposition movement, awakening broader concerns that China is chipping away at the rights guaranteed to Hong Kong for 50 years under the "one country, two systems" framework. The two marches in June drew more than a million people, according to organizer estimates.

"I believe many Hong Kong people will share the same feeling with me that we are saddened by what happened last night. For the best interest of Hong Kong, I hope that all of us can find the way forward professionally," Leung said.

While the extradition bills and police use of tear gas and rubber bullets against protesters have drawn expressions of concern from professional groups and foreign governments, the American Chamber of Commerce in Hong Kong said Tuesday that it supported Lam's government in condemning the violence at the legislature.

"We believe the violent protests of recent days do not reflect how the majority of people in this dynamic and advanced economy would choose to be heard," the chamber said in an emailed statement.