Census Bureau Director to Resign Amid Criticism Over Data

Facing criticism that he was acceding to President Donald Trump's demand to produce citizenship information at the expense of data quality, U.S. Census Bureau director Steven Dillingham said Monday that he planned to resign with the change in presidential administrations.

Dillingham said in a statement that he would resign on Wednesday, the day Trump leaves the White House and President-elect Joseph Biden takes office. Dillingham’s term was supposed to be finished at the end of the year.

The Census Bureau director’s departure comes as the statistical agency is crunching the numbers for the 2020 census, which will be used to determine how many congressional seats and Electoral College votes each state gets, as well as the distribution of $1.5 trillion in federal spending each year.

In his statement, Dillingham said he had been considering retiring earlier, but he had been persuaded at the time to stick around.

“But I must do now what I think is best," said Dillingham, 68. “Let me make it clear that under other circumstances I would be honored to serve President-Elect Biden just as I served the past five presidents."

The 2020 U.S. Census is required for anyone living in the United States, but there are billions of reasons you'd want to take it: lawmakers use census data to divvy up money for important resources like hospitals, fire stations and roads. Lawmakers will rely on this year's census data until 2030, so now's your chance to make sure your household is counted where it counts the most!

Last week, Democratic lawmakers called on Dillingham to resign after a watchdog agency said he had set a deadline that pressured statisticians to produce a report on the number of people in the U.S. illegally.

A report by the Office of Inspector General said bureau workers were under significant pressure from two Trump political appointees to figure out who is in the U.S. illegally using federal and state administrative records, and Dillingham had set a Friday deadline for bureau statisticians to provide him a technical report on the effort.

One whistleblower told the Office of Inspector General that the work was “statistically indefensible” and others said they worried its release would tarnish the Census Bureau's reputation. After the release of the inspector general’s report, Dillingham ordered a halt to the efforts to produce data showing the citizenship status of every U.S. resident through administrative records.

In Monday's statement, Dillingham said whistleblower concerns stemmed from what appeared to be misunderstandings about how the data would be reviewed and posted.

“There has been no suggestion to me that the work described above posed any potential violation of laws, rules, or regulations," Dillingham said. 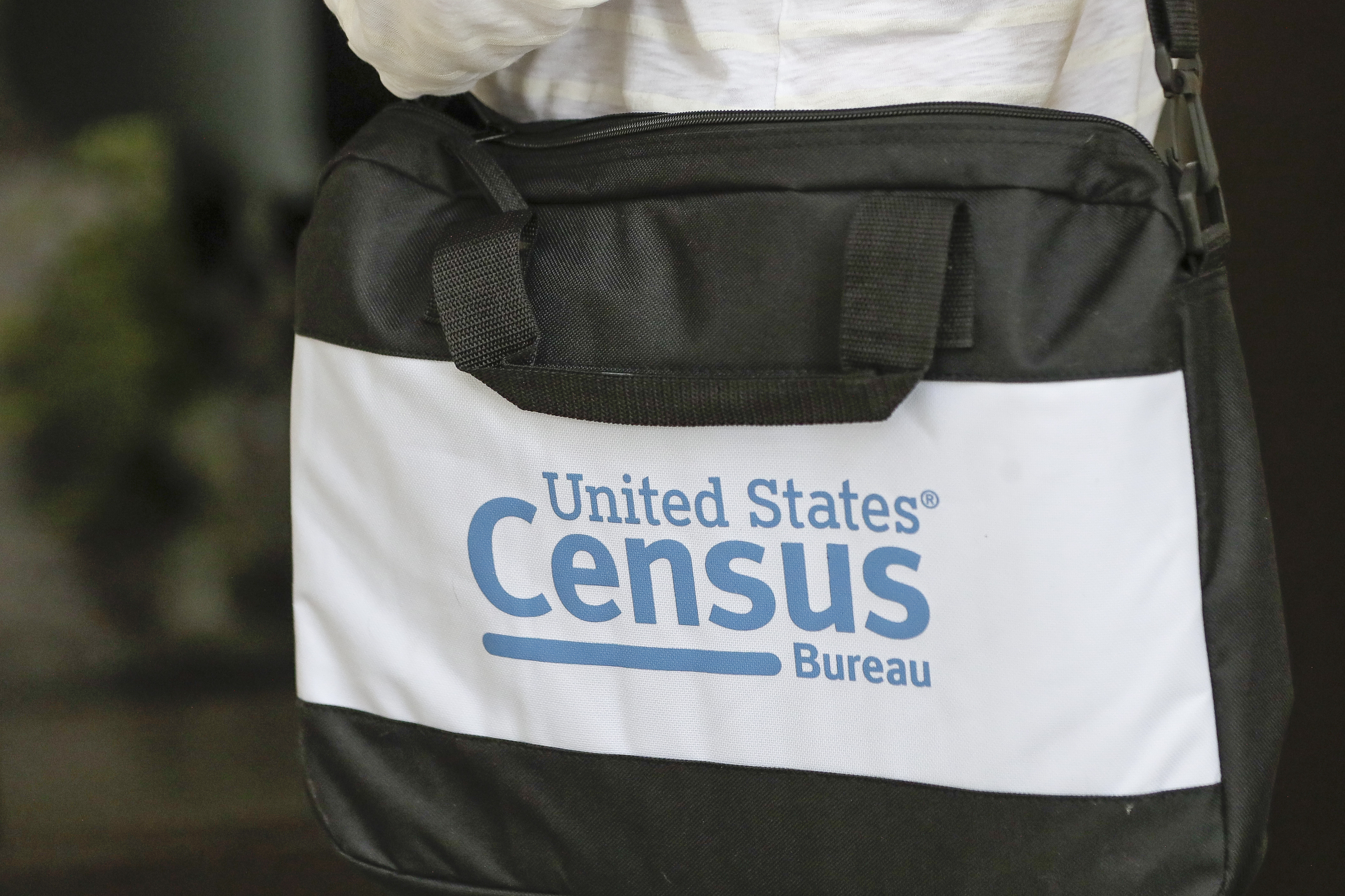 “Rather than ensure an accurate count, Dr. Dillingham appears to have acceded repeatedly to the Trump Administration’s brazen efforts to politicize the Census," U.S. Rep. Carolyn Maloney, chair of the House Committee on Oversight and Reform, said last Friday.

During Dillingham's tenure, the Trump administration unsuccessfully tried to put a citizenship question on the 2020 census questionnaire and named a handful of political appointees that statisticians and Democratic lawmakers worried would politicize the once-a-decade head count of every U.S. resident. The president also issued two directives that advocacy groups said were part of efforts to suppress the participation of minorities and immigrants in the 2020 census.

Trump’s first directive, issued in 2019, instructed the Census Bureau to use administrative records to figure out who is in the country illegally after the Supreme Court blocked the citizenship question. In the second directive, Trump instructed the Census Bureau to provide data that would allow his administration to exclude people in the U.S. illegally from the numbers used for divvying up congressional seats among the states.

An influential GOP adviser had advocated excluding them from the apportionment process in order to favor Republicans and non-Hispanic whites, even though the Constitution spells out that every person in each state should be counted. Trump’s unprecedented order on apportionment was challenged in more than a half-dozen lawsuits around the U.S., but the Supreme Court ruled last month that any challenge was premature.

Oftentimes, Dillingham appeared cut out of the loop on these census-related decisions made by the White House and Commerce Department, which oversees the Census Bureau. At a congressional hearing in July, Dillingham said he wasn't informed ahead of time before Trump issued his directive on the apportionment numbers.

The 2020 census which Dillingham oversaw experienced unprecedented obstacles because of the coronavirus pandemic, as well as wildfires in the West and hurricanes along the Gulf Coast. The pandemic and errors found in the data have forced the Census Bureau to delay releasing the numbers used to apportion congressional seats until early March.

Last week, the Department of Justice and municipalities and advocacy groups that had sued the Trump administration over concerns about the quality of the 2020 census agreed to put their lawsuit on hold for 21 days so the Biden administration can take power and decide how to proceed.