At the same time, some doctors are cautioning against overuse of ventilators for COVID-19 patients

With ventilators in short supply, a do-it-yourself movement of sorts has sprung up with enterprising doctors and others repurposing machines or looking for ways to produce them quickly during the coronavirus pandemic.

In southern Maryland, a team of engineers switched two tubes to reverse the action of a breast pump so that it can replicate the work of a ventilator.

The cost of converting a breast pump, which took the engineers four hours, is about $500 versus up to 10 times that amount for a ventilator, but it would need approval from the Food and Drug Administration, NBC Washington reported. In the meantime, they’re looking for donations of breast pumps. Here is their email: breastpumpvent@gmail.com.

Other pulmonologists and engineers are taking different approaches though their efforts come as some doctors begin to question whether they are using ventilators properly on COVID-19 patients.

At Mount Sinai Hospital in New York City, a team of pulmonologists, sleep specialists are others are similarly reconfiguring sleep apnea machines as ventilators that are being used for patients severely ill with COVID-19. The hospital has shared instructions for the work with the Greater New York Hospital Association, the American Thoracic Society and other hospitals confronting a shortage of ventilators.

The Mount Sinai team put together a prototype after the hospital received a shipment of 200 ResMed VPAP ST machines from Elon Musk, the CEO of Tesla. They made three modifications: replacing the typical mask with a connection to an endotracheal tube to decrease the risk of COVID-19 aerosolization, adding alarms to alert clinicians to a problem with air flow and adding controls to allow for minor adjustments of settings from outside the patient’s room.

The machines will be used to prevent a shortage and are preferable to splitting ventilators between patients, the hospital said.

Dr. Charles A. Powell, the director of the Mount Sinai-National Jewish Health Respiratory Institute, said in a statement they could be used for “patients who not require all the power of a regular ventilator, freeing up those conventional devices for the acutely ill.”

The hospital is sharing what it did with colleagues facing the pandemic around the world, he said.

In California, an engineering student at UCLA built a ventilator using supplies from Home Depot. Glen Meyerowitz is working with medical professionals at UCLA Health to develop the low-cost ventilator that is a simpler version than the ones used at hospitals. It also is designed to address specific symptoms of COVID-19 such as acute respiratory distress syndrome.

Meyerowitz said within days he went from knowing little about lungs or ventilators to discussing the technical and clinical requirements for mechanical ventilators with dozens of clinicians and medical professionals.

“Within a week, I put together a functional proof of concept for a simplified ventilator designed around the need of COVID-19 patients,” he said in a statement.

A small company in Texas had already been making helmet-style ventilation devices at a cost of less than $200 and it is now swamped with thousands of orders, according to Chris Austin, the owner Sea-Long Medical Systems Inc. of Waxahachie. The devices can help hospitals free up ventilators fo rate most critically ill.

The helmet was designed to supply oxygen to patients getting treatment in hyperbaric chambers. Doctors in Italy, where the helmet is used for people with breathing problems, found it effective for some COVID-19 patients, NBC News reports.

Meanwhile, Xerox is scaling up production of inexpensive, disposable ventilators, working with Vortran Medical, a small medical device manufacturer in California. The Go2Vent, a low-cost resuscitation device used by first responders in emergencies, is meant as a stopgap, NBC News reported.

At the same time, as doctors learn more about the coronavirus some are arguing that the ventilators are being overused on COVID-19 patients.

Up to half of all patients with severe respiratory distress die while on ventilators, but there are signs that the percentage is much higher for COVID-19 patients. In New York City, 80% of those on the machines have died, with higher than usual rates across the world as well, The Associated Press reported.

One New York City doctor said in YouTube videos that he thought patients were being harmed by the protocols in effect at top hospitals around the country. 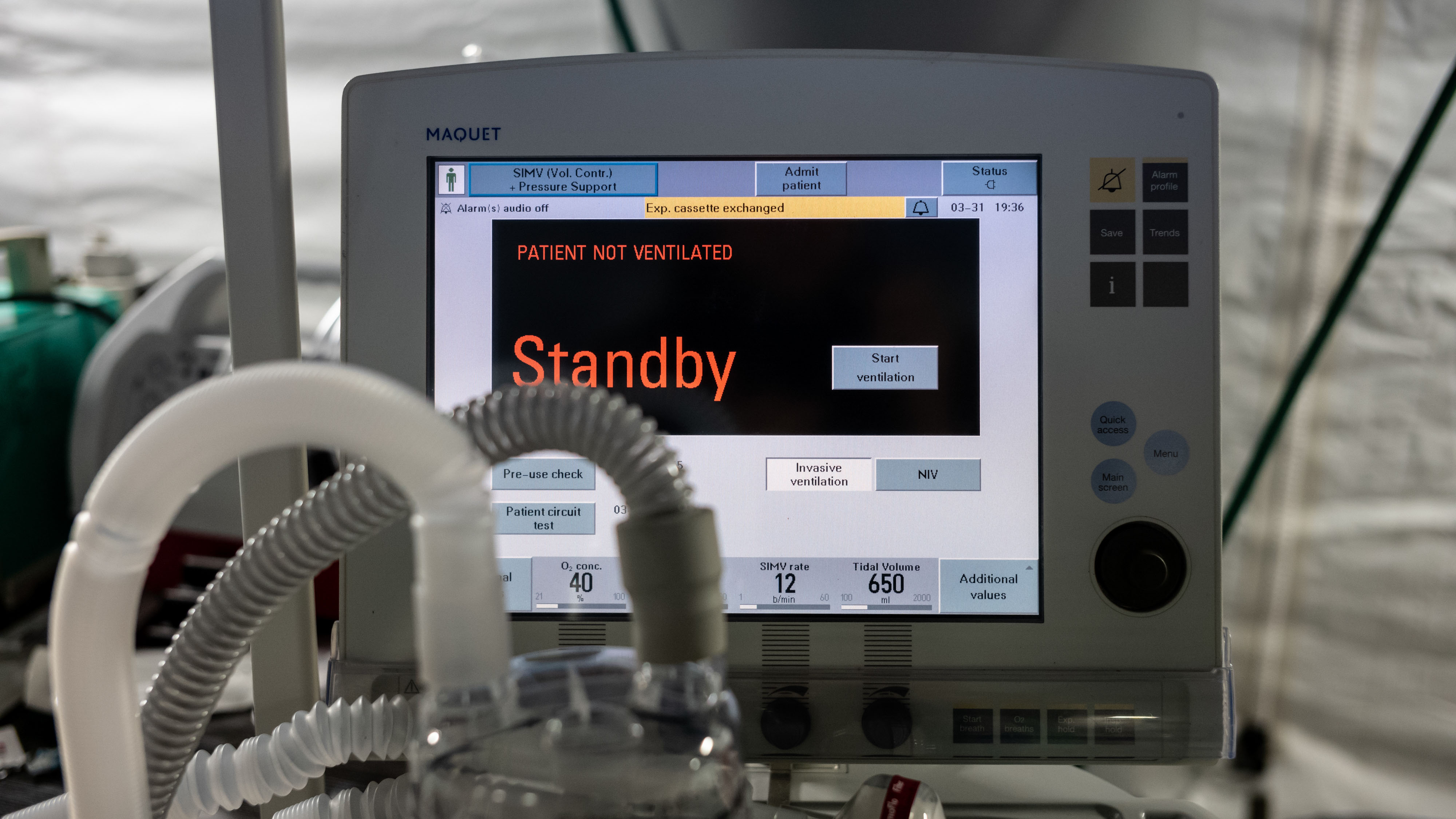 Some Doctors Moving Away From Ventilators for Virus Patients, Citing Death Rate

“I’ve talked to doctors all around the country and it is becoming increasingly clear that the pressure we are providing may be hurting their lungs, that it is highly likely that the high pressures we are using are damaging the lungs of the patients we are putting the breathing tubes in,” said Dr. Cameron Kyle-Sidell, an emergency medicine physic of Maimonides Medical Center. “It’s not our fault. We didn’t know.”

Doctors in Germany and Italy doctors reached the same conclusion and said in a letter in the American Journal of Respiratory and Critical Care Medicine that patients need the lowest possible air pressure and gentle ventilation.

Kyle-Sidell said that while COVID-19 patients needed oxygen, they did not need pressure and so the ventilators must be programmed differently. He told Medscape the disease resembled high altitude sickness more than pneumonia.

Other doctors think that some patients would do better with simpler measures at least to start, for example breathing masks used for sleep apnea, Stat reports. As doctors learn more about treating COVID-19, some are questioning whether they can substitute more widely available devices, it reports.