The president said the federal government would cover the full cost of the emergency response and debris removal, a responsibility that was previously shared with the state government

President Joe Biden said Saturday he was escalating federal assistance for New Mexico as it faces its largest wildfire in recorded state history.

The fire began with prescribed burns that were set by the U.S. Forest Service, a standard practice that’s intended to clear out combustible underbrush. However, the burns spread out of control, destroying hundreds of homes across 500 square miles (1,300 square kilometers) since early April, according to federal officials.

“We need to be sure this doesn’t happen again,” Biden said during a visit to an emergency operations center in Santa Fe, where he met with local, state and federal officials. He was returning to Washington from Los Angeles, where he had attended the Summit of the Americas.

The president said the federal government would cover the full cost of the emergency response and debris removal, a responsibility that was previously shared with the state government.

New Mexico Gov. Michelle Lujan Grisham told Biden that “your administration has leaned in from the very beginning” and that “we need the federal government to keep accepting responsibility.”

A new U.N. report found that Americans can expect to see more wildfires in western states as a result of warming global temperatures.

Biden said he also supports having Washington foot the bill for damages caused by the fire, but such a step would require congressional action.

Evidence of New Mexico’s struggle with wildfire was visible from Air Force One as the president’s plane approached. There were plumes of smoke in the distance, and rows of burned trees looked like blackened scars slashing through green forests.

Evacuations have displaced thousands of residents from rural villages with Spanish-colonial roots and high poverty rates, while causing untold environmental damage. Fear of flames is giving way to concern about erosion and mudslides in places where superheated fire penetrated soil and roots.

The blaze is the latest reminder of Biden’s concern about wildfires, which are expected to worsen as climate change continues, and how they will strain resources needed to fight them.

“These fires are blinking ‘code red’ for our nation,” Biden said last year after stops in Idaho and California. “They’re gaining frequency and ferocity.”

But the source of the current wildfire in New Mexico has also sparked outrage here.

A group of Mora County residents sued the U.S. Forest Service this past week in an effort to obtain more information about the government’s role.

The Forest Service sets roughly 4,500 prescribed burns each year nationwide, and Biden said the practice has been put on hold during an investigation.

Ralph Arellanes of Las Vegas, New Mexico, said many ranchers of modest means appear unlikely to receive compensation for uninsured cabins, barns and sheds that were razed by the fire. 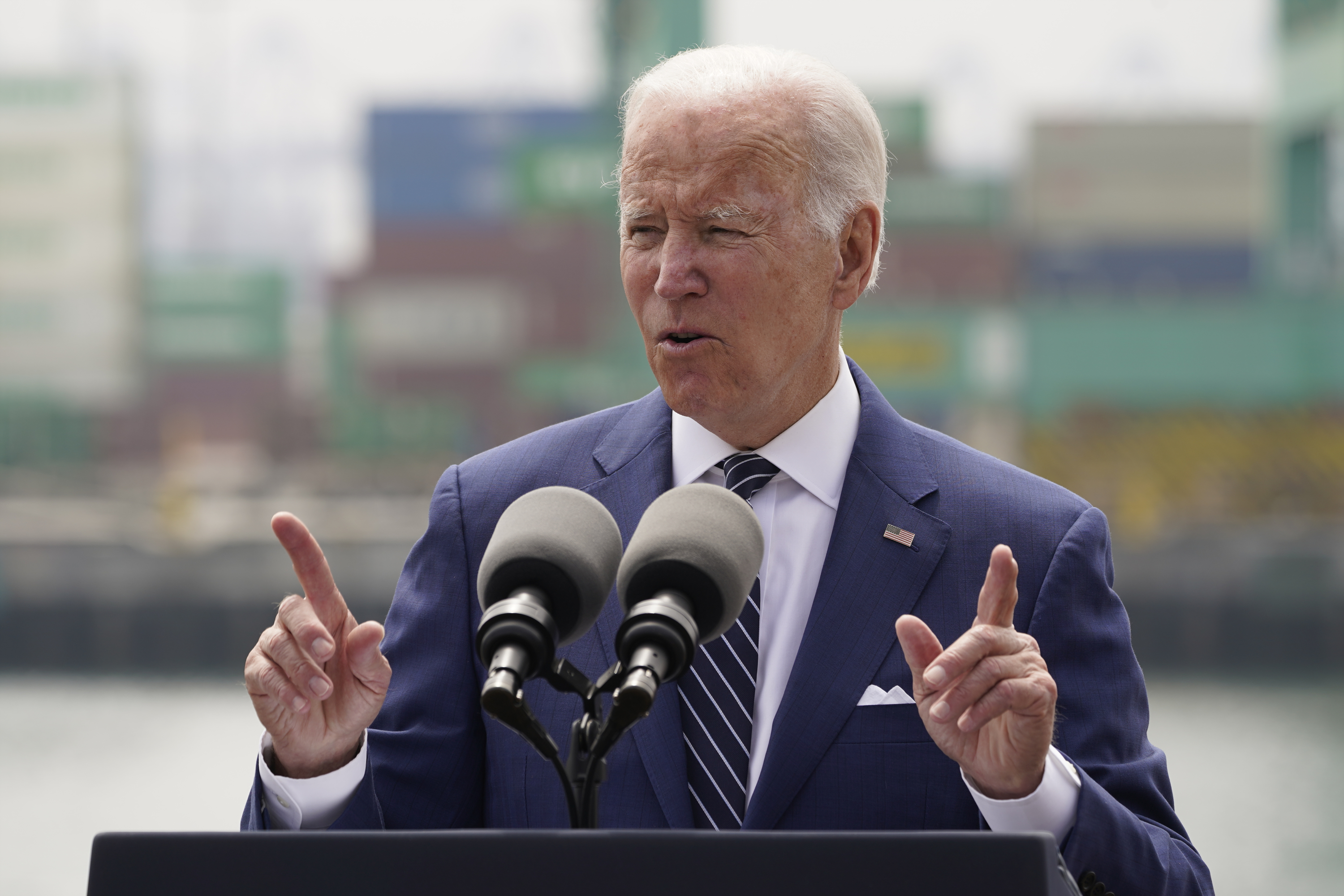 US Forest Chief Calls for Pause of Prescribed Fires

“They’ve got their day job and their ranch and farm life. It’s not like they have a big old house or hacienda — it could be a very basic home, may or may not have running water,” said Arellanes, a former wildland firefighter and chairman for a confederation of Hispanic community advocacy groups. “They use it to stay there to feed and water the cattle on the weekend. Or maybe they have a camper. But a lot of that got burned.”

The Federal Emergency Management Agency has approved at least 900 disaster relief claims worth more than $3 million for individuals and households.

Jennifer Carbajal says she evacuated twice from the impending wildfire at a shared family home at Pandaries in the foothills of the Sangre de Cristo Mountains. The house survived while about 50 neighboring homes burned along with the tanks that feed the municipal water system, leaving no local supply of potable water without truck deliveries.

“There is no long-term plan right now for water infrastructure in northern New Mexico,” Carbajal said.

She said matters are worse in many hardscrabble communities across fire-scarred Mora County, where the median household income is roughly $28,000 — less than half the national average.

“They barter a lot and really have never had to rely on external resources,” she said. “The whole idea of applying for a loan (from FEMA) is an immediate turnoff for the majority of that population.”

Jaclyn Rothenberg, a spokeswoman for FEMA, said the agency had more than 400 personnel in the state to work with residents and help them seek federal assistance.

George Fernandez of Las Vegas, New Mexico, says his family is unlikely to be compensated for an uninsured, fire-gutted house in the remote Mineral Hills area, nor a companion cabin that was built by his grandparents nearly a century ago.

Fernandez said his brother had moved away from the house to a nursing home before the fire swept through — making direct federal compensation unlikely under current rules because the house was no longer a primary residence.

“I think they should make accommodations for everybody who lost whatever they lost at face value,” Fernandez said. “It would take a lot of money to accomplish that, but it was something they started and I think they should.”

The devastation of towns like Grizzly Flats, California, by wildfire is become a more common occurrence. A new report by Climate Central shows that the number of “fire weather days” each year — days that are hot, dry and windy — have soared over the past 5 decades. NBCLX Chase Cain reports from California’s Caldor fire.
Copyright AP - Associated Press