And he expects negotiations to wrap up as soon as this week.

The president met privately into the evening with nearly 20 centrist and progressive lawmakers in separate groups as Democrats appeared ready to abandon what had been a loftier $3.5 trillion package for a smaller, more workable proposal that can unite the party and win passage in the closely divided Congress.

Likely to be eliminated or seriously shaved back: plans for tuition-free community colleges, a path to legal status for immigrants who are in the U.S. without documentation, and a specific clean energy plan that was the centerpiece of Biden's strategy for fighting climate change.

The details were shared by those familiar with the conversation and granted anonymity to discuss the private meetings. 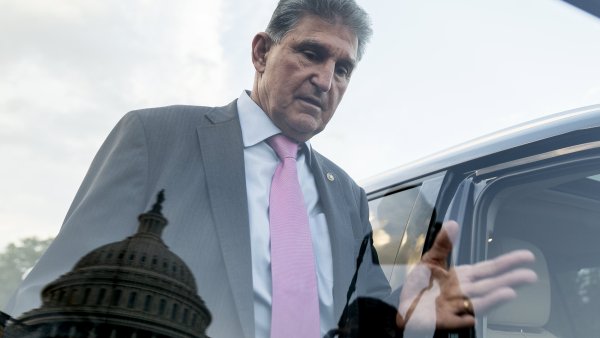 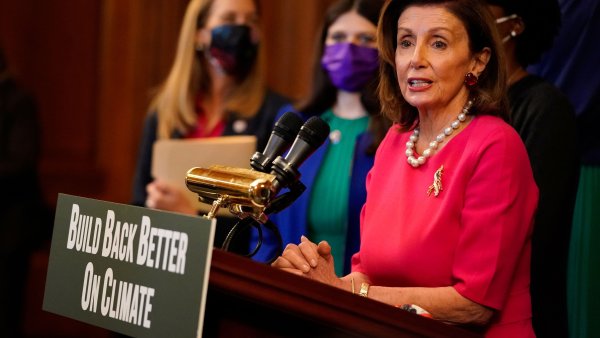 Biden felt “more confident” after the day of meetings, said press secretary Jen Psaki. “There was broad agreement that there is urgency in moving forward over the next several days and that the window for finalizing a package is closing,” she said.

After months of fits and starts, Democrats are growing anxious they have little to show voters despite their campaign promises. Biden’s ideas are all to be funded by tax hikes on corporations and the wealthiest individuals, those earning more than $400,000 a year.

The president especially wants to advance his signature domestic package to bolster federal social services and address climate change by the time he departs for a global climate summit next week.

Rep. Ro Khanna, D-Calif., a progressive caucus member, said Biden urged the lawmakers to “get something done now” to show U.S. leadership on climate change on the global stage.

"He really believes American leadership, American prestige is on the line,” Khanna said.

A key holdout on Biden's proposals, conservative Sen. Joe Manchin from coal-state West Virginia, has made clear he opposes the president's initial Clean Energy Performance Plan, which would have the government impose penalties on electric utilities that fail to meet clean energy benchmarks and provide financial rewards to those that do — in line with Biden's goal of achieving 80% “clean electricity” by 2030.

A campaign group working for the natural gas industry paid Southern California residents to lobby for "zero emission" trucks at the nation's busiest port in Los Angeles and Long Beach. Investigative reporter Miranda Green talks about her recent story exposing the plan, which quotes several people who didn't even realize where the money was coming from.

Instead, Biden focused in his Tuesday meetings on providing at least $500 billion in tax credits, grants and loans to fight climate change, much of it likely coming from a package compiled by Sen. Ron Wyden, D-Ore., the chairman of the the Finance Committee. Those include the tax breaks for energy producers that reach emission-reduction goals.

That clean energy approach could better align with Manchin’s stated goal of keeping a “fuel neutral” approach to federal policy that does not favor renewable energy sources over coal and natural gas that are dominant in his state.

Other climate-change-fighting proposals being considered are a tax on carbon dioxide emissions from fossil fuels such as oil and coal or a methane emissions fee — though Manchin told reporters earlier in the day that a carbon tax was not in the mix.

Failure to act on climate change would have far-reaching consequences in the U.S. and abroad. Inaction, proponents of big efforts say, could cost the U.S. billions of dollars in weather-related disasters and threaten to uproot millions of Americans in hurricanes, wildfires, droughts and floods.

Rep. Mark Pocan, D-Wis., another progressive caucus member, called the opposition from Manchin on climate issues “one of the biggest challenges” threatening to stop a final bill.

Why bother making the brightest white paint possible? Paint a house this color and it will reflect more sunlight than other paints, lessening the heat the home - and the planet - absorbs. We talked with Purdue University's Dr. Xiulin Ruan to hear more about the science and when the paint will hit the market.

On other fronts, Biden and the Democrats appeared to be more readily coalescing around a slimmed-down package.

Biden wants to extend the $300 monthly child tax credit that was put in place during the COVID-19 crisis for another year, rather than allow it to expire in December.

The policy has been praised for sending cash to families most in need. Democrats want to extend the credit for additional years, but limiting the duration would help shave the costs. It's now to be phased out for single-parent households earning more than $75,000 a year, or $150,000 for couples, but those income thresholds could be lowered to meet demands of Manchin and more conservative Democrats.

What had been envisioned as a months-long federal paid family leave program could be shrunk to as few as four weeks.

And a new program to provide dental, vision and hearing aid benefits to seniors on Medicare proposed by Sen. Bernie Sanders, the independent from Vermont, is likely to remain in some fashion, said Khanna, a longtime Sanders ally.

Expected to still be included in the package are new subsidies to help families afford child care as well as increased subsidies put in place during the pandemic for people who buy their own health insurance.

Biden told lawmakers that after his top priorities there would be $300 billion remaining, which some suggested could be used for housing aid and racial justice issues. Biden also mentioned money could go for retrofitting homes of low-income people.

But Biden's vision for free community college for all is falling by the wayside.

“It’s not the robust vision the president wants or that we wanted,” Khanna said.

At a lengthy and “lively” lunch of Democratic senators earlier in the day, Senate Majority Leader Chuck Schumer said there was "universal agreement in that room that we have to come to an agreement and we got to get it done.”

Biden met at the White House for nearly two hours with the first group of lawmakers, progressives, who emerged confident a deal was within reach. Moderate lawmakers met for about 90 minutes into the evening.

“Everybody’s talking,” said Manchin, who had his own meeting Tuesday with the president.

For months, Manchin and Democratic Sen. Kyrsten Sinema of Arizona have objected to the scope and scale of Biden's package, testing the patience of colleagues who see a once-in-a-generation opportunity to reshape government programs. Sinema missed the senators lunch, but had a separate meeting with Biden.

With Republicans fully opposed to Biden’s plans, the president needs all Democrats in the 50-50 split Senate for passage and can only spare a few votes in the House.

Time slipping, Congress has set an Oct. 31 deadline for passage.

There is a lot of talk about President Joe Biden’s $3.5 trillion economic plan known as the Build Back Better Agenda, but do you know what’s actually included in the bill? Here are five things you should know about Biden’s Build Back Better proposal.