First we couldn’t find toilet paper.  Then we waited for home gym equipment or desks or school room supplies. Now the interruptions bedeviling the delivery of goods around the world are about to disrupt the holidays too.

The crisis sparked by the coronavirus pandemic continues so if you’re planning to buy gifts in the next few weeks, you might not find what you're looking for.

Nor will the problems stop there. As we return to schools and offices, that upheaval continues to affect all aspects of our lives. Are you eating out again? Will you be looking for a new car? Do you plan to renovate your home? Should you expect delays? High costs?

NBC has some answers for you.

The beginning of the pandemic early in 2020 saw factories in China and elsewhere shut down or curb production as workers got sick with COVID-19. Shipping companies responded by cutting schedules, but as the pandemic lengthened people kept buying, worsening the problems. Prices are rising.

Inflation in October reached its highest point in more than 30 years, affecting an array of everyday products, according to the Labor Department. The consumer price index, a basket of goods that ranges from gasoline to groceries, rose 6.2% from a year ago. That's the most since December 1990, and economists are debating whether the increasing prices are temporary or more long term.

The supply chain interruptions are unprecedented, because countries are reliant on each other in new ways and parts for one product may be made and assembled in several countries. A piece as specialized as a semiconductor chip cannot be quickly manufactured in a new plant. 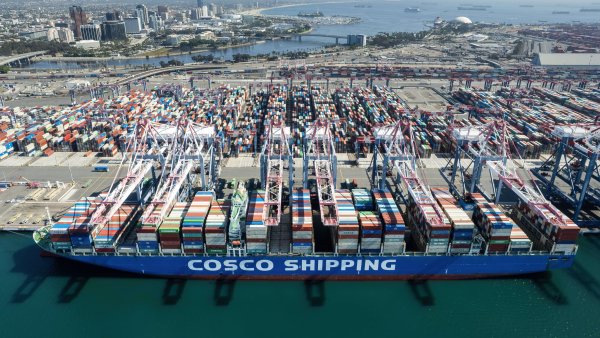 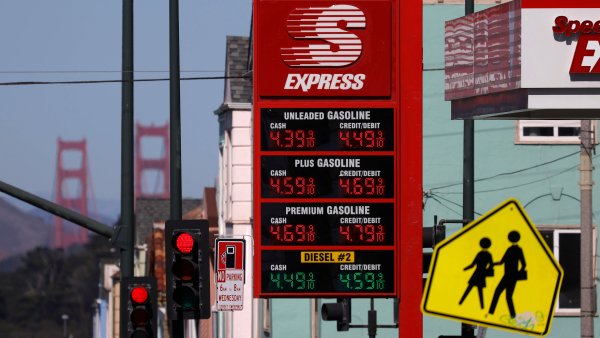 There is no historical precedent, said David Dreyfus, an assistant professor in the Department of Supply Chain Management at Rutgers Business School in Newark, New Jersey. During the 1918 flu pandemic the world was not globalized in the way it is today. More recently, even the pharmaceutical shortages the country experienced after Hurricane Maria hit Puerto Rico’s manufacturing sector lasted only months, he noted.

“The entire world experienced the same disruption, this pandemic,” Dreyfus said. “So instead of it being isolated to a natural disaster like a hurricane or a tsunami where it’s just one area of the world, the entire world closed down.”

Early last year, Americans were more cautious about their spending, unsure when the pandemic might ease, whether they would still be employed or where they would live. But even as they stopped going out to movies or restaurants, they began buying home office essentials, school supplies, exercise equipment and similar items. If they were more wary about spending during last year’s holiday season, that is not true now.

So this year’s holiday buying is back but facing shortages. Even with ports in Los Angeles and nearby Long Beach operating around the clock -- and they account for 40% of shipping containers coming into the country -- there are still too few truckers, not enough workers at warehouses and distribution centers and other logistical problems.

“There’s still going to be a lot of disappointment this season when packages are delayed unexpectedly,” said Dreyfus.

“There might be some IOUs in the stockings this Christmas.”

See how delays in the supply chain are causing problems for the toys you plan to buy this holiday season.

Some supply chain problems existed before the pandemic. There was a shortage of drivers to truck goods across the country, and online shopping has been threatening brick and mortar shops but the ports were not overwhelmed as they are now,  said Douglas Hales, a professor of operations and supply chain management at the University of Rhode Island’s College of Business.

Ships are still waiting to unload, and port operators say companies are not picking up their goods quickly enough. Truckers report delays with crane operations and say they are stymied by cross-country trucking regulations. Those rules merit a review, Hale said.

“You have spiking customer demand and you have dwindling labor to meet the additional demand,” Hales said.

Manufacturers might cut back on the number of products they are making until the backlog clears. Or ships could be redirected to ports in Mexico to ease congestion, said Warren Cohen, an assistant professor of professional practice in the Department of Supply Chain Management at Rutgers Business School.

More long term would be to add workers at the ports, even if that means a trade-off between fewer backups but higher costs, he said.

Some of the widespread labor shortages will likely sort themselves out once people have spent their federal stimulus money and look for jobs, Hales said.

But some people will not return to the jobs they held, either finding new ones or retiring. Dreyfus said automation will replace some of those jobs, a process that had begun and now will be speeded up. It will help to keep prices low.

“As long as we are looking for a good deal and we want cheap goods, made at the cheapest around the world, we’re going to continue to be subject by supply shocks, when it happens somewhere else” he said.

Dreyfus predicted the recovery, which has already begun, will happen very fast, with the situation easing sometime in the second quarter or second half of next year. Once more people begin traveling, they will shift their spending to spend more on hotels and restaurants again.

“The first quarter is still going to be a little bit of a mess,” he said.

Cohen said that for the future he would expect companies to re-evaluate their supply chains to look at where products are manufactured to how much inventory they keep on hand. Many companies kept inventories low to minimize their costs.

"Well it's backfired right now today because they're exhausted any inventories that they had," he said.

But as far as the holidays, Hales warned that toys and other goods priced at $20 to $30 likely would be delayed. Those with a retail tag of a few hundred dollars or more, high value goods such as jewelry, expensive electronics, sound equipment will likely be transported by air freight.

“There is no fix for the current situation," he said. "If you offloaded something today of a relatively moderate or cheap price, the item is not likely to make the market before Christmas.”