The astronauts sheltered in their Crew Dragon spacecraft

A Russian weapons test created more than 1,500 pieces of space junk now threatening the seven astronauts aboard the International Space Station, according to U.S. officials who called the strike reckless and irresponsible.

The State Department confirmed Monday that the debris was from an old Russian satellite destroyed by the missile.

“Needless to say, I’m outraged. This is unconscionable,” NASA Administrator Bill Nelson told The Associated Press. “It’s unbelievable that the Russian government would do this test and threaten not only international astronauts, but their own cosmonauts that are on board the station" as well as the three people on China's space station.

Nelson said the astronauts now face four times greater risk than normal. And that's based on debris big enough to track, with hundreds of thousands of smaller pieces going undetected — “any one of which can do enormous damage if it hits in the right place.”

The test clearly demonstrates that Russia "despite its claims of opposing the weaponization of outer space, is willing to ... imperil the exploration and use of outer space by all nations through its reckless and irresponsible behavior,” Blinken said in a statement.

"The United States knows for certain that the resulting fragments, in terms of test time and orbital parameters, did not and will not pose a threat to orbital stations, spacecraft and space activities," the ministry said in a statement to NBC News. 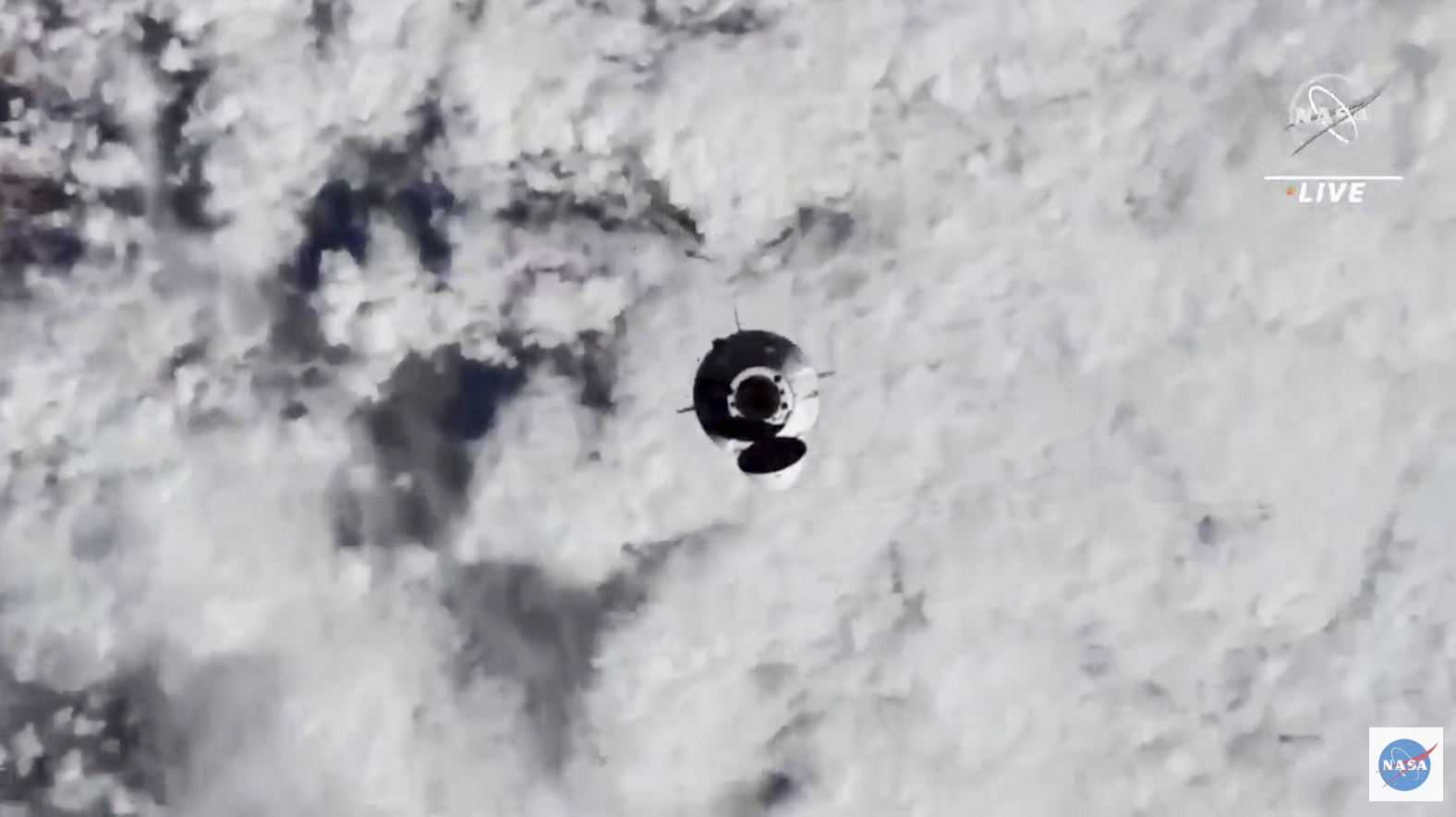 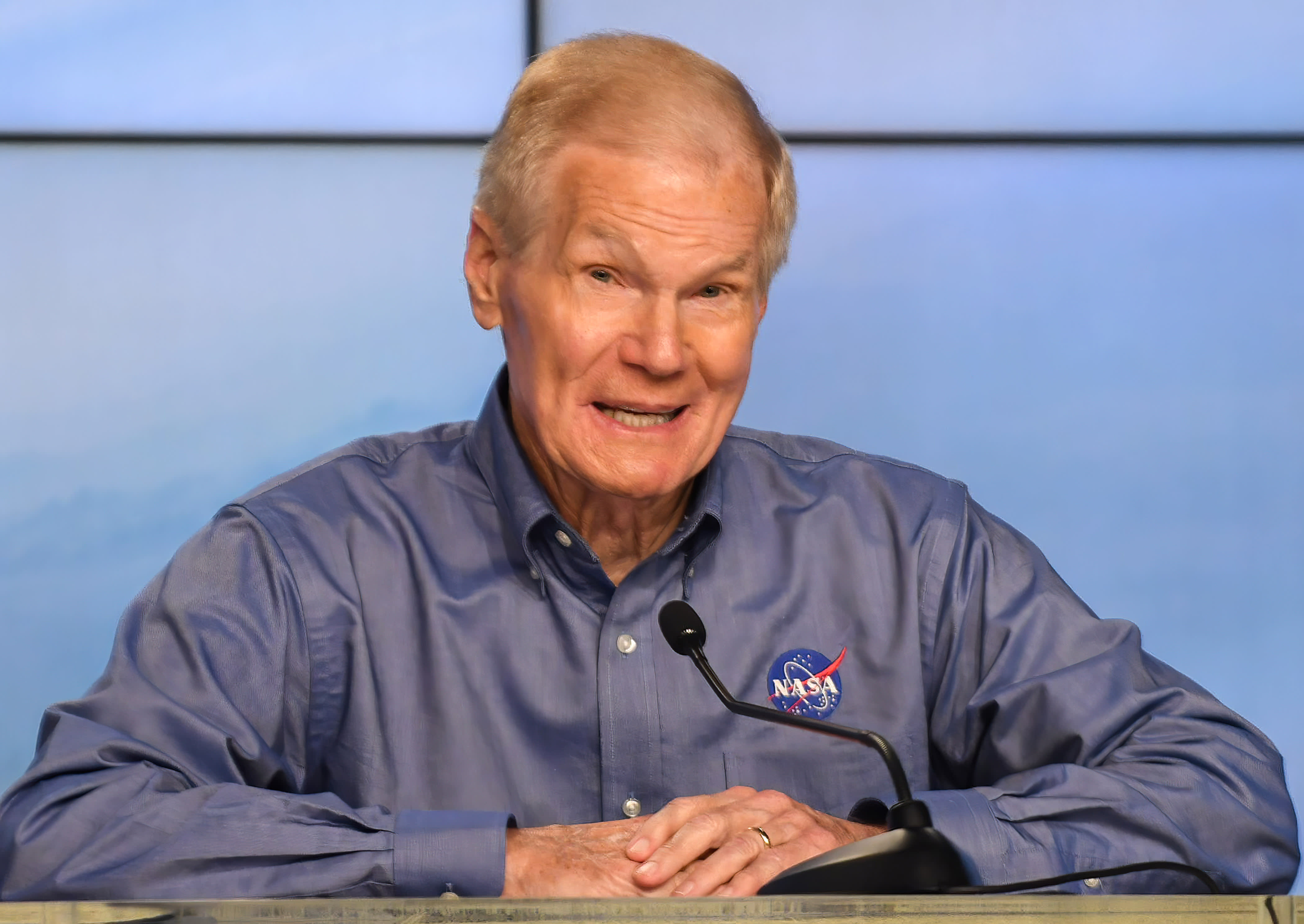 Once the threat became clear early Monday morning, the four Americans, one German and two Russians on board were ordered to immediately seek shelter in their docked capsules. They spent two hours in the two capsules, finally emerging only to have to close and reopen hatches to the station's individuals labs on every orbit, or 1 1/2 hours, as they passed near or through the debris.

By the end of the day, only the hatches to the central core of the station remained open, as the crew slept, according to Nelson.

Even a fleck of paint can do major damage when orbiting at 17,500 mph (28,000 kph). Something big, upon impact, could be catastrophic.

“We are going to continue to make very clear that we won’t tolerate this kind of activity,” he told reporters.

NASA Mission Control said the heightened threat could continue to interrupt the astronauts' science research and other work. Four of the seven crew members arrived at the orbiting outpost Thursday night.

NASA astronaut Mark Vande Hei, who's midway through a yearlong mission, called it “a crazy but well-coordinated day" as he bid Mission Control good night.

“It was certainly a great way to bond as a crew, starting off with our very first work day in space," he said.

A similar weapons test by China in 2007 also resulted in countless debris. One of those pieces threatened to come dangerously close to the space station last week. While it later was dismissed as a risk, NASA had the station move anyway.

Anti-satellite missile tests by the U.S. in 2008 and India in 2019 were conducted at much lower altitudes, well below the space station at about 260 miles (420 kilometers.)

Until Monday, the U.S. Space Command already was tracking some 20,000 pieces of space junk, including old and broken satellites from around the world.

Jonathan McDowell of the Harvard-Smithsonian Center for Astrophysics said it will take days if not weeks and months to catalogue the latest wreckage and confirm their orbits. The fragments will begin to spread out over time, due to atmospheric drag and other forces, he said in an email.

The space station is at especially high risk because the test occurred near its orbit, McDowell said. But all objects in low-Earth orbit — including China’s space station and even the Hubble Space Telescope — will be at “somewhat enhanced risk” over the next few years, he noted.

Earlier in the day, the Russian Space Agency said via Twitter that the astronauts were ordered into their docked capsules, in case they had to make a quick getaway. The agency said the crew was back doing routine operations, and the space station’s commander, Russian Anton Shkaplerov, tweeted: “Friends, everything is regular with us!”

But the cloud of debris posed a threat on each passing orbit — or every 1 1/2 hours — and all robotic activity on the U.S. side was put on hold. German astronaut Matthias Maurer also had to find a safer place to sleep than the European lab.

NASA's Nelson noted that the Russians and Americans have had a space partnership for a half-century — going back to the joint Apollo-Soyuz mission in 1975.

“I don't want it to be threatened,” he told the AP, noting both countries are needed for the space station. “You've got to operate it together.”