There are no known simple solutions for preserving lake ice cover; only sharply reducing greenhouse gas emissions can slow warming

With a backdrop of mountain vistas and a rink of natural ice, the annual ice hockey tournament at Grand Lake offers a picturesque snapshot of Colorado’s beauty. What’s not apparent is the problem brewing under players’ skates.

This year’s tournament was held a month later than normal, with thin ice forcing organizers to postpone the event originally scheduled for the third weekend of January.

“We had slushy conditions and less than six inches of ice. There just was no way it could safely be held,” said Steve Kudron, mayor of Grand Lake.

That is a reality that many communities that live near lakes, which freeze and provide myriad activities during winter months, are increasingly confronting. According to a major UN report on climate released on Monday, as the planet warms, the amount of ice, and amount of time it keeps a body of water solid, are diminishing. Those changes are forcing communities to adapt and curtail some winter activities while also raising the spectre of long-term environmental and health issues.

Sapna Sharma, an aquatic ecologist at Toronto's York University, analyzed 100 to 200 years of data for 60 North American lakes, finding that in the last 25 years, “we're losing ice six times faster than the historical average.” Air temperature, particularly in winter, is the most significant driver of lake ice, she said.

“You’ll have really cold days and some warm days with rainfall and cold days again and some more rain and the melting of snow,” she said. “That’s exactly the type of winter we’re having in Toronto right now.”

Some impacts of climate change can be addressed through efforts like building fire-resistant homes, reducing overfishing and building infrastructure that can with withstand intense storms. But there are no simple solutions for preserving lake ice cover; only sharply reducing greenhouse gas emissions can slow warming, and subsequent ice loss, in the decades to come.

According to handwritten records maintained by Northern Water, a major water provider for northeastern Colorado, the last 20 years at Grand Lake saw a shorter ice season by about 14 days than the prior 20-year period. There, November’s air temperature has warmed on average about five degrees Fahrenheit, according to data by the National Oceanic and Atmospheric Administration. This past November was the second hottest on record.

That meant the hockey tournament in Grand Lake had to be pushed back, already a sign of community adaptation.

“Moving forward, I would schedule it the last weekend in January at the earliest, just to make sure in case we have another year like this," said organizer Brian Blumenfeld.

Beyond the hit to recreation activities and economic impacts, longer open water periods will affect “quality and quantity of downstream water resources,” according to a 2021 study from the University of Colorado, Boulder.

“When a lake is frozen, it’s not evaporating water,” said Adam Jokerst, a water manager for Greeley, a rapidly growing Colorado city that just acquired an aquifer to support future growth. Water that's open for longer periods increases your evaporative loss for the year, he said. 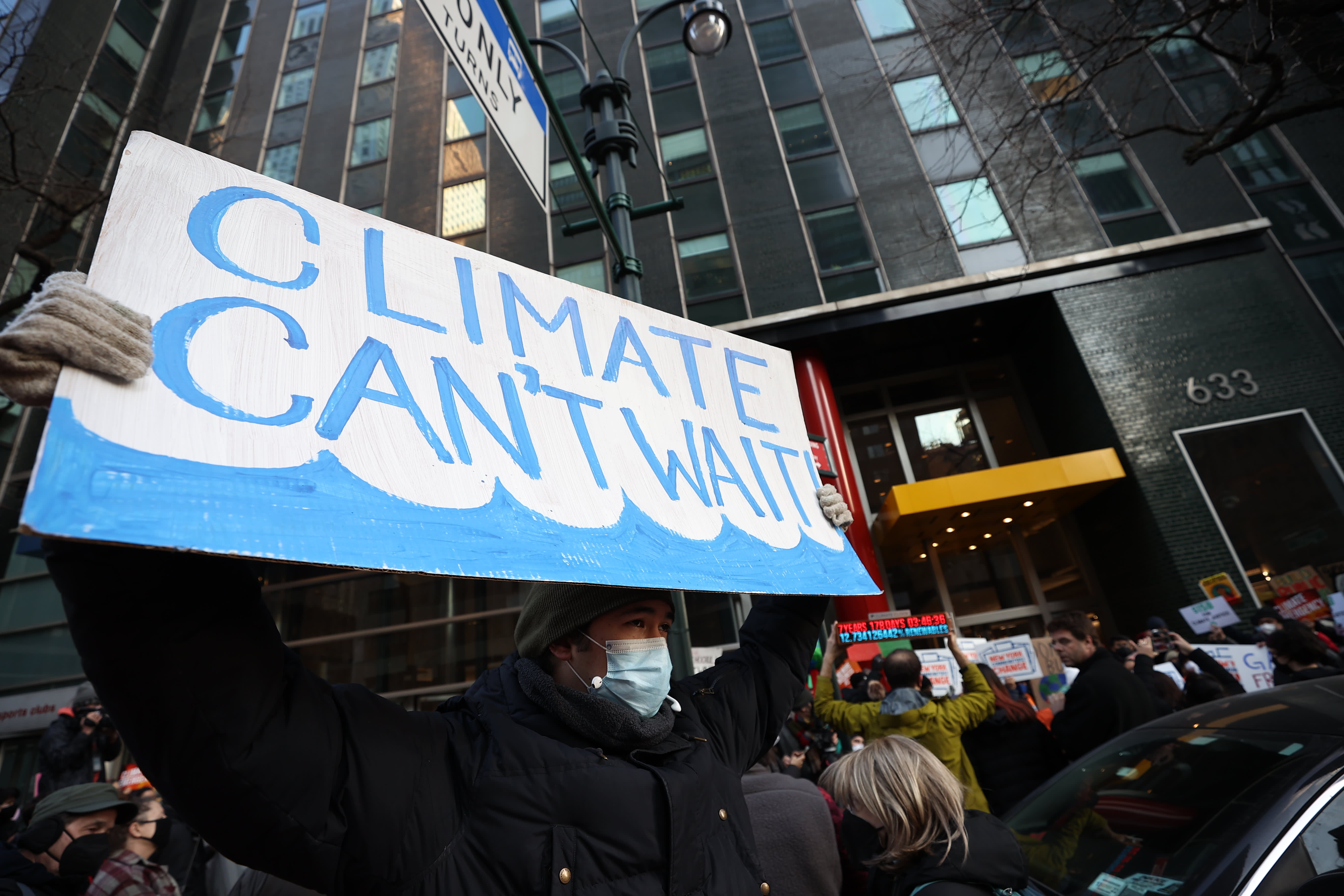 Climate Change Could Already Be Making You Less Healthy — and It'll Likely Get Worse, Says a New U.N. Report

Additionally, warm, stagnant water can provide prime conditions for algal blooms, which can be toxic to humans and animals, according to the Environmental Protection Agency.

“We can treat any water, but just get out your check book,” Jokerst said, reciting a common phrase in the water utility world.

The warming temperatures are having an impact on lake communities around North America.

For example, much of Alaska is currently experiencing an unusual season - a warm start to the year followed below-average temperatures in late fall.

Lynnette Warren has led fishing groups around Alaska for 46 years. At popular ice fishing lakes across the Matanuska-Susitna Borough north of Anchorage, this year's warmer temperatures melted the snow, resulting in a chain reaction. The water weighed down the ice. The ice weakened. More water seeped up through cracks. Fishers avoided those lakes, and congregated on the handful of viable ones.

In parts of Alaska and Northern Canada, frozen lakes and rivers also serve a critical role connecting remote, often indigenous communities that are inaccessible by road. Without the ice, residents cannot access outside goods and services except by plane or boat. For both transportation and recreation, changes in ice trends can be deadly.

Back at Grand Lake, a Johnny Cash song blasts from a speaker as five simultaneous hockey games are played, the humidity in players’ breath crystalizing in the frigid air as they cheer on their teammates.

Hockey player Rachel Kindsvatter, a caseworker who assisted people who lost their homes in a wildfire that ravaged the area in the fall of 2020, says she recognizes that delaying a tournament pales in comparison to many problems facing the world. Still, having to push it back an entire month so that people don't fall in is “scary.”

“Give it 10 to 20 plus years and who knows if (the tournament) could even happen,” she said.