White, a television mainstay for more than 60 years, died Friday at age 99

Tributes from fellow actors and comedians poured in on social media Friday in reaction to the death of Betty White. "The Golden Girls” star was 99. Henry Winkler thanked White for her humor, warmth and activism. Seth Meyers says White was the only “Saturday Night Live″ host he ever saw get a standing ovation at the after party. Kathy Griffin shared a few stories in a Twitter thread and wrote that White treated her like an equal in the comedy world. Dan Rather said our world would be better if more people followed White’s example. White was a television mainstay for more than 60 years.

Betty White, Beloved Star of ‘The Golden Girls,' Dies at 99 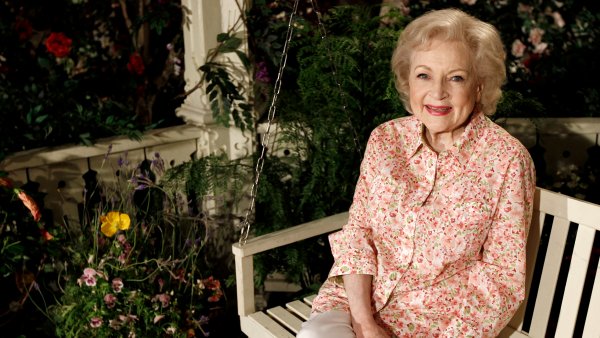 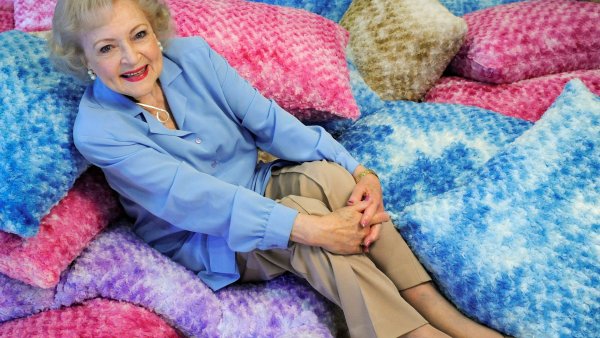 Betty White: ‘You Don't Give Up' and 4 Other Pieces of Sage Advice From the Beloved Star

“It’s a shame. She was a lovely lady .... Ninety-nine years old. As my mother would say, God love her.” — President Joe Biden, to reporters Friday.

“Sad news. No more Betty White. Too bad we couldn’t get another ten years of her always warm, gracious, and witty personality. She was one of a kind!” — Mel Brooks, on Twitter.

“Betty White : It is very hard to absorb you are not here anymore.. But the memories of your deLIGHT are ..Thank you for your humor, your warmth and your activism ... Rest now and say Hi to Bill.” — Henry Winkler, on Twitter

“The world looks different now. She was great at defying expectation. She managed to grow very old and somehow, not old enough. We’ll miss you, Betty. Now you know the secret.” — Ryan Reynolds, on Twitter

“Rest in peace, sweet Betty. My God, how bright heaven must be right now.” — Valerie Bertinelli, on Twitter.

“Too much sadness! I posted once how she changed my life. She was the first person who made me believe I could be a writer. What an enormous thing to do for another person. I bet there’s hundreds of us who she helped over the years.” — Nancy Meyers, on Instagram

“RIP Betty White, the only SNL host I ever saw get a standing ovation at the after party. A party at which she ordered a vodka and a hotdog and stayed til the bitter end." — Seth Meyers, on Twitter

“Betty, who was gracious enough to be a guest star on the episode of “Kathy Griffin My Life on the D List”, where we get my mom Maggie a play date with Betty White, was a bucket list memory, touching and hilarious at the same time. We surprised Maggie, so when Betty shows up… at Sizzler Senior Early Bird Special, my Mom about fell OUT! And I got to spend the day on film and off camera, with my mom and Betty White. It was basically a dream girls day. Betty legit treated my mom like a friend. She answered every question, acted very shocked at…every word out of my mouth, which was mandatory. She hung out with my mom, like a peer. She treated me like we were in the same club or something. She actually treated me like an equal in the comedy gurrrl world. She was as sharp and funny as she was soft and wise…and no matter how long this world continues to spin, there will be only one Betty White.” — Kathy Griffin, on Twitter

“Today, we lost a beloved TV icon. Betty White was a pioneering actress, who blessed generations of Americans with her talent and humor for 8 decades. May it be a comfort to her loved ones and many admirers that so many mourn with them during this sad time.” — Nancy Pelosi, on Twitter

“Another brilliant talent has made her transition. I had the pleasure of getting to know Betty White and shared a few giggles with her. May she rest in well-earned peace.” — Dionne Warwick, on Twitter

“Betty White will go down in the history books as ageless..99 or 100, the numbers belie the fact that she lived the best life EVER! RIP Betty White.” — Marlee Matlin, on Twitter

“A spirit of goodness and hope. Betty White was much beloved because of who she was, and how she embraced a life well lived. Her smile. Her sense of humor. Her basic decency. Our world would be better if more followed her example. It is diminished with her passing.” — Dan Rather, on Twitter

“Y’all, with the passing of #BettyWhite we have lost one of the best humans ever!” — LeVar Burton, on Twitter

“So we’re eating cheesecake in honor of Betty White. Who’s with me?” — Ariana DeBose, on Twitter

“RIP to Betty White who was charming, delightful, hilarious, talented and unproblematic for 99.9 years." — Roxane Gay, on Twitter

“I hosted one of the many attempted reboots of the Pyramid game show in 2010 and Betty was a celebrity guest. The only thing she asked for all day was two bean and cheese burritos from Taco Bell.” — Andy Richter, on Twitter

Betty White Through the Years in Pictures