A sexual assault survivor chooses sterilization so that if she is ever attacked again, she won't be forced to give birth to a rapist’s baby. An obstetrician delays inducing a miscarriage until a woman with severe pregnancy complications seems “sick enough.” A lupus patient must stop taking medication that controls her illness because it can also cause miscarriages.

Abortion restrictions in a number of states and the Supreme Court’s decision to overturn Roe v. Wade are having profound repercussions in reproductive medicine as well as in other areas of medical care.

“For physicians and patients alike, this is a frightening and fraught time, with new, unprecedented concerns about data privacy, access to contraception, and even when to begin lifesaving care,’’ said Dr. Jack Resneck, president of the American Medical Association. 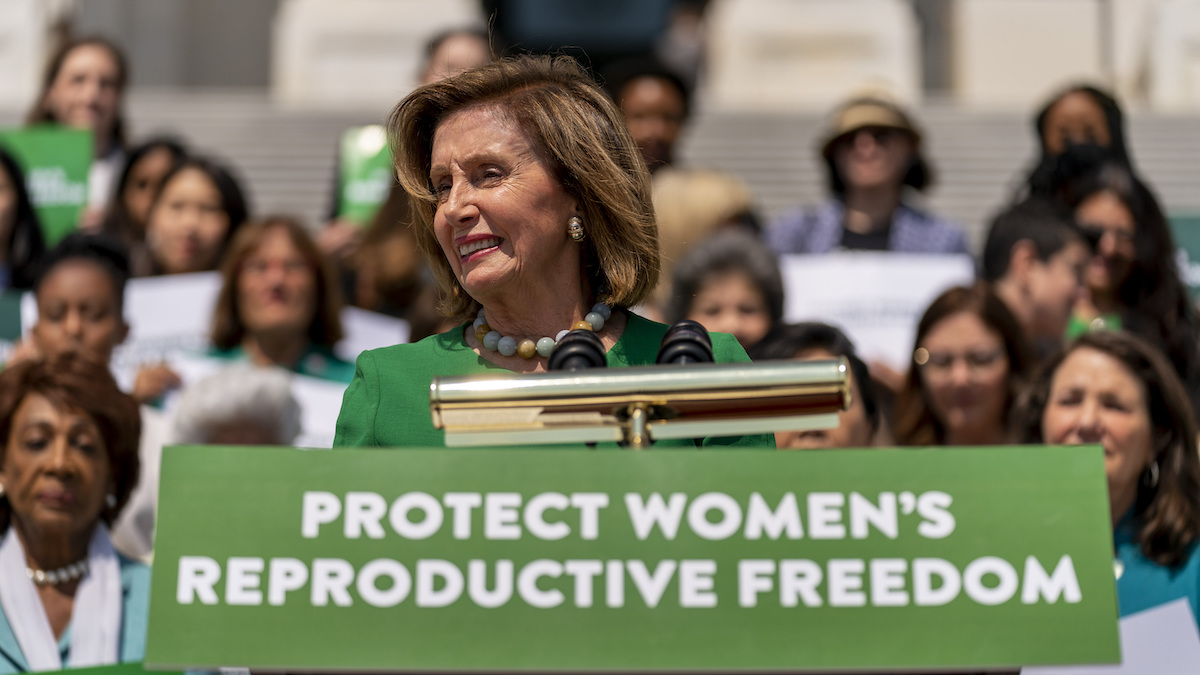 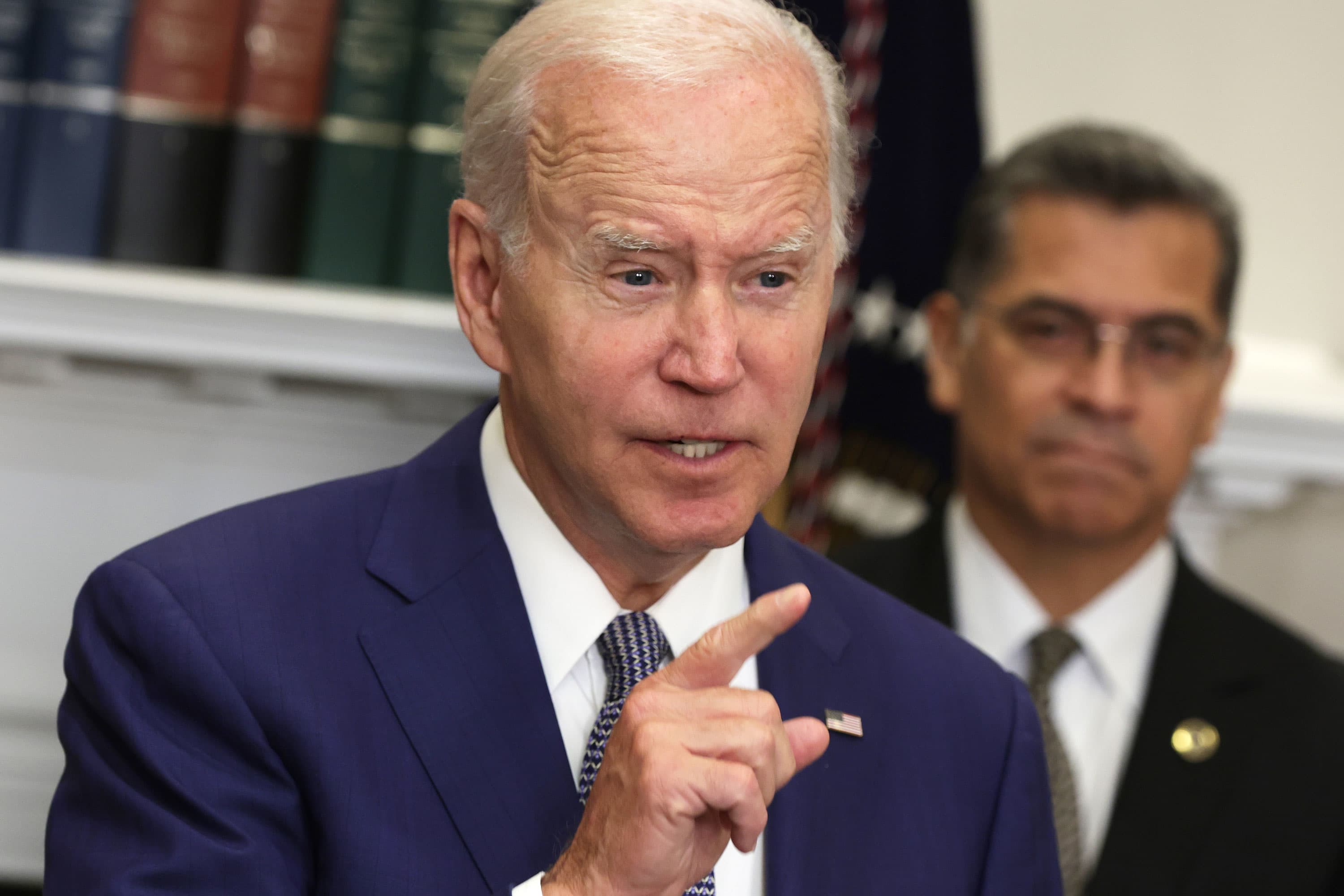 Biden Could Declare a Public Health Emergency to Expand Abortion Access, But It Would Face a Tremendous Legal Fight

Even in medical emergencies, doctors are sometimes declining immediate treatment. In the past week, an Ohio abortion clinic received calls from two women with ectopic pregnancies — when an embryo grows outside the uterus and can’t be saved — who said their doctors wouldn’t treat them. Ectopic pregnancies often become life-threatening emergencies and abortion clinics aren’t set up to treat them.

It's just one example of "the horrible downstream effects of criminalizing abortion care,'' said Dr. Catherine Romanos, who works at the Dayton clinic.

The leaked draft Supreme Court opinion overturning Roe v. Wade is sparking conversations about data privacy. If the opinion is released and abortion is criminalized in some states, some reproductive rights groups fear that text messages, search histories, ad tracking data and app usage history could put people who seek an abortion at risk.

“It was like, the mom’s life is in danger, we must evacuate the uterus by whatever means that may be,” he said. "Whether it’s surgical or medical — that’s the treatment.’’

Now, he said, doctors whose patients develop pregnancy complications are struggling to determine whether a woman is “sick enough" to justify an abortion.

With the fall of Roe v. Wade, “the art of medicine is lost and actually has been replaced by fear,’’ Munoz said.

Munoz said he faced an awful predicament with a recent patient who had started to miscarry and developed a dangerous womb infection. The fetus still had signs of a heartbeat, so an immediate abortion — the usual standard of care — would have been illegal under Texas law.

“We physically watched her get sicker and sicker and sicker” until the fetal heartbeat stopped the next day, “and then we could intervene,’’ he said. The patient developed complications, required surgery, lost multiple liters of blood and had to be put on a breathing machine “all because we were essentially 24 hours behind.’’

In a study published this month in the American Journal of Obstetrics and Gynecology, doctors at two Texas hospitals cited the cases of 28 women less than 23 weeks pregnant who were treated for dangerous pregnancies. The doctors noted that all of the women had recommended abortions delayed by nine days because fetal heart activity was detected. Of those, nearly 60% developed severe complications — nearly double the number of complications experienced by patients in other states who had immediate therapeutic abortions. Of eight live births among the Texas cases, seven died within hours. The eighth, born at 24 weeks, had severe complications including brain bleeding, a heart defect, lung disease and intestinal and liver problems.

Before it overturned Roe v. Wade, the Supreme Court never allowed states to ban abortion before the point when a fetus can survive outside the womb — roughly 24 weeks.

Chicago diversity executive Sheena Gray survived a harrowing pregnancy-ending experience last year, when doctors discovered she had an embryo in a fallopian tube and an eight-week fetus in her womb. They removed the embryo along with the affected fallopian tube, and told her they needed to abort the other fetus to save her life.

The decision to proceed with treatment was hers — abortion is still legal in Illinois. In fact, the state provides greater access to abortion than most others, and has been flooded with patients seeking abortions following the recent Supreme Court decision.

Gray said she’s heard about similar care being denied or delayed in other states, and fears the high court ruling will force other patients to face the same fate.

“No one should make these choices for a woman, period,” she said.

Her story has a much happier ending: Gray became pregnant again and gave birth July 8 to healthy identical twin girls.

Julie Ann Nitsch, a sexual assault survivor and community college trustee in Austin, Texas, is among many women in states with restrictive abortion laws who are taking drastic steps.

Nitsch says she chose sterilization at age 36 rather than risk getting pregnant by another rapist.

“I ripped my organs out’’ to avoid that, she said.

Nitsch said she "saw the writing on the wall” after Texas enacted a law last year banning most abortions after six weeks, even in cases of rape or incest. She said she sensed that Roe v. Wade would be overturned, so she had surgery to remove her fallopian tubes in February.

“It’s sad to think that I can’t have kids, but it’s better than being forced to have children,’’ Nitsch said.

Dr. Tyler Handcock, an Austin OB-GYN, said his clinic has heard from hundreds of patients seeking sterilization since the Supreme Court’s June 24 decision. Many choose this route because they fear long-acting birth control or other contraceptives could also become targets, he said.

His clinic scheduled a July 9 group counseling session to handle the surge, and every one of the 20 patients who showed up to hear about the risks and ramifications of fallopian tube-removal made an appointment to have the surgery.

Some physicians are reluctant to perform the surgery on young women with many reproductive years left, fearing they will change their minds later. Handcock said he heard from one 28-year-old woman who said six OB-GYNs declined to sterilize her.

Handcock said the choice should be up to patients.

“I will protect my patients and their rights however I can,’’ he said.

In high doses, the drug methotrexate can be used to treat an ectopic pregnancy and save a life. But after the Supreme Court ruling overturning Roe v. Wade, patients with leukemia or rheumatic illnesses like lupus and psoriasis are having trouble getting it, because of its status as an abortifiacient. Harvard Dr. Aditi Nerurkar joins LX News to explain.

Becky Schwarz, of Tysons Corner, Virginia, found herself unexpectedly thrust into the abortion controversy even though she has no plans to become pregnant.

The 27-year-old has lupus, an autoimmune disease that can cause the body to attack tissue surrounding joints and organs, leading to inflammation and often debilitating symptoms. For Schwarz, these include bone and joint pain, and difficulty standing for long periods of time.

She recently received a notice from her doctor saying she’d have to stop taking a medication that relieves her symptoms — at least while the office reviewed its policies for methotrexate in light of the Supreme Court ruling. That’s because the drug can cause miscarriages and theoretically could be used in an attempt to induce an abortion.

“For me to have to be essentially babysat by some policy, rather than being trusted about how I handle my own body ... has made me angry,’’ she said.

The Arthritis Foundation and American College of Rheumatology have both issued statements of concern about patients’ access to the drug. Steven Schultz of the Arthritis Foundation said the group is working to determine how widespread the problem is. Patients having trouble getting the medication can contact the group's helpline, he said.

Many abortion laws are vague and they vary by state. That can leave physicians in a quandary.

“We’ve asked some legislators, ‘How are medical providers supposed to interpret the laws?’” said Dr. Dana Stone, who is based in Oklahoma, a state that recently banned almost all abortions.