Will Acting Mayor in Waiting Campaign While Governing?

For the man who will become San Diego’s acting mayor shortly after 5 p.m. Friday, the next 12 weeks represent a ripe audition opportunity handy tryout period for the last three years of Bob Filner's unfinished term.

Council President Todd Gloria hasn't made up his mind on running in the special election yet -- but all signs point to his candidacy.

And given his modus operandi during five years as a Councilmember, City Hall observers see him as a strong contender.

"He already has shown that he can act in a bipartisan manner with the City Council,” says Lisa Halverstadt, who covers civic issues for Voice of San Diego. “And some of the ideas that he wants to push through seem to be the things that the Council -- both Republicans and Democrats -- will be on board with. So he's going to look like a team player who can potential be a leader by consensus."

Gloria's bipartisanship got him in Filner's doghouse a month into the recently installed mayor’s tenure.

And by the time Filner made his last visit to the Council chamber last Friday, the mayor's desk was awash with uncompleted projects and initiatives -- the executive branch riddled with 12 department head vacancies and others down the organization charts.

Gloria is left not only to pick up that slack, but restore an air of transparency after a veil of secrecy dropped during Filner's fast fall from grace.

"One of the first priorities is to look at the backlog of Public Records Act requests that have been languishing in the mayor's office -- I think that's something we can fix rather quickly, I hope to do that,” Gloria told NBC 7 in an interview Wednesday. “And on a going-forward basis, having weekly briefings with the media and the public, to make sure everyone knows what's we're working on. And hopefully to hear back from them about what we should be working on."

It won't be hard for Gloria to run the city as an anti-Filner.

Where the soon-to-be departing mayor was, by many inside accounts, a micro-manager whose style didn't produce results, Gloria -- a Democrat -- is well-respected among his Council colleagues, admired for a low-key personality and wonkish grasp of policy.

He’s not expected anything approaching the heavy-handed, top-down management style that Filner exercised, because he trusts his deputies with delegated tasks. 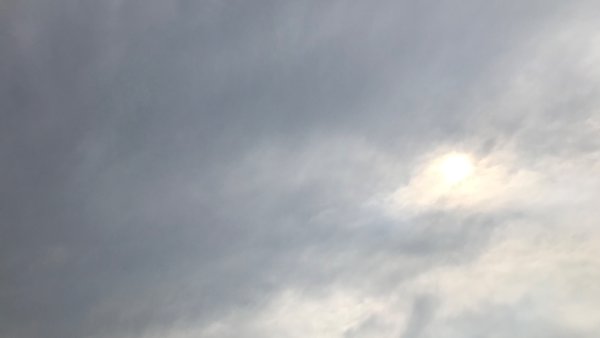 San Diego Weather: Cooler Temps and Chance of Showers (Fall, Is That Really You?)

"I have a wonderful team of staff that I've worked with for years -- many of them will be joining me on the 11th floor,” Gloria says, referring to a move from the Council’s 10th floor at City Hall up one flight to the mayor’s floor. “And we're going to be working closely with the ten thousand city employees who know how to do public service."

But for an acting mayor with a 12-week stretch at the helm, moving a backsliding city forward while running for office figures to be a tricky undertaking.

There'll be the demanding mechanics of municipal government.

Plus the art and science of quickly raising money and selling himself to a politically manhandled electorate.

Voice of San Diego’s CEO and columnist Scott Lewis says a Gloria campaign may be hampered by “a hostile base of labor and other people who think he hasn’t been loyal enough. On the other hand, his voting record’s been pretty strong. So I think he’s just going to have to bridge that gap. That’s really his big challenge.”

Veteran campaign strategists say Gloria will need to avoid grandstanding if he's in the special election.

"You know, he's a pretty shrewd guy; he seems to be a pretty smart political decision-maker,” says Jason Roe, who specializes in Republican candidates and conservative causes. “I'd be surprised if he did anything as the acting mayor that looked like he was taking advantage of that for political benefit."

Roe predicts that Gloria will be under a big spotlight, facing a high bar of expectations: “It's not just that he's the 'guy on the 11th floor,' it's that he's the guy right after Bob Filner. "And everything that he does is going to be examined, and re-examined. And so in that regard I think he has to be very careful how he manages these responsibilities."

Will mayoral politics get in Gloria's way while in charge of municipal government?

He says, not if he can help it.

"We will do our best to take on the issues that can help us heal the city,” Gloria told NBC 7. “I'm not looking to create a great deal of controversy. What I want to do is yield great results for San Diego."

As of Wednesday, 13 people have filed papers for the special election.

Among the five people who became mayoral candidates on Wednesday alone, two have moderate name recognition – but not within shouting distance of the biggest name in the field so far, Nathan Fletcher.