What is the Vaccination Rate at Your Child's School in San Diego County?

NBC 7 Investigates has created a new tool for parents wanting to know the vaccination rates at their child’s school in San Diego County.

This kindergarten tool below was updated to include 2018-2019 school year data, released by the California Department of Public Health on June 18, 2019.

As the number of measles cases and reported outbreaks has increased across the U.S. this year, so have conversations and concerns surrounding vaccinations.

The Center for Disease Control (CDC) reports so far in 2019, 981 individual cases of measles have been confirmed in 26 states. The CDC said that's the greatest number of cases reported in the U.S. since 1992, and since measles was declared "eliminated" in 2000. Most of the reported illnesses in 2019 are in children. 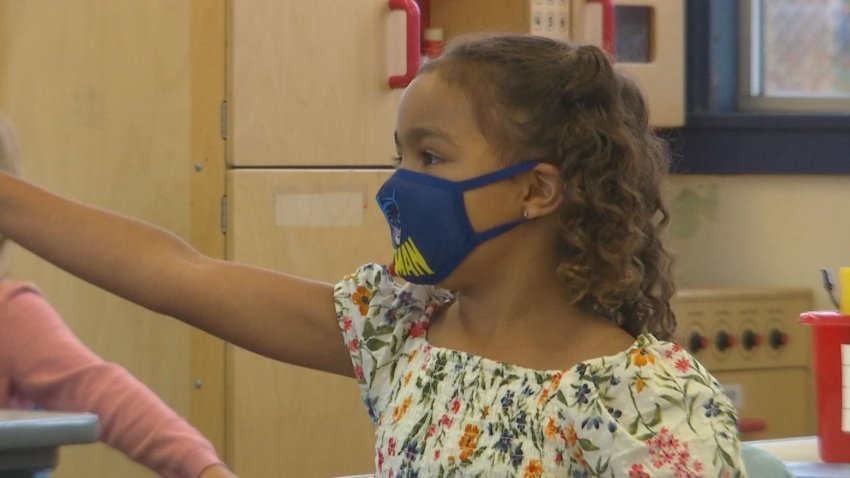 First Day of In-Person Learning is Extra Special for Kindergarteners

NBC 7 Investigates wanted to find out local vaccination rates at San Diego County Schools and provide a tool for parents to know how the schools their children attend rank among others.

In order to start school in California, kindergartners are required to be vaccinated against: Polio, Diphtheria, Tetanus and Pertussis (DTP), Measles, Mumps, and Rubella (MMR), Hepatitis B, and Varicella (Chicken Pox.)

To search schools with kindergarten classes, use the tool below or for mobile users, click here.

For those entering seventh grade in California, the law requires that they have two doses of Varicella or the chicken pox vaccine and a tetanus, diphtheria, and a pertussis booster (TDAP).

To search schools with seventh-grade classes, use the tool below or for mobile users, click here.

According to the state data, overall, San Diego County has a 93 percent vaccination rate. That is lower than the state average of 95 percent. The state considers schools above 95 percent as being “safe” from a disease outbreak. Schools where less than 80-percent of the student body are up-to-date on their vaccinations are considered the “most vulnerable.”

“There’s always a subset of children who can’t be immunized because they have a disease or a reason not to get immunized,” said Dr. Mark Sawyer, a Pediatric Infectious Disease Specialist with San Diego County Public Health. “So, 95 percent is as good as you’re going to see.”

Sawyer says when he looks at the numbers and rates across local schools, he sees “pockets” in San Diego County “where we are at risk to have outbreaks of a disease.”

Many of those schools include small charter schools where students who study at home do not have to be vaccinated.

“If you have an outbreak of five students in one little school, it’s a lot easier for us to control that and keep it from spreading from that school out into the community,” Sawyer said. “If you have a thousand students and you get an outbreak, there’s no way we can contain that because everybody is out and about in the community.”

“One thing that always gets left out of this story is immunizations are not 100 percent effective. They work well, but a few people who have been immunized can still also get the infection.” Sawyer says this could start “the snowball effect” and, “Pretty soon, you have a big outbreak.”

Summer Bolger from Encinitas describes herself as “vaccinated educated.” Bolger and other parents do not see vaccinations as a public health issue.

“Vaccines are not the end all, be all answer,” she says. Bolger believes they are “too much too soon,” and that children are being injured, even dying, from vaccines.

One story Bolger points to is the case of Otto Coleman, an eight-year-old child in a wheelchair whose father said his son was injured after being vaccinated. Coleman's father described what happened during a rally against Senate Bill 276 – a piece of legislation that would require the state to review, and then decide whether to approve or deny, all medical exemptions from being vaccinated.

Bolger and other parents believe doctors are not being properly trained to diagnose vaccine injury.

“They’re not reading the inside of the vaccine inserts, and they’re not weighing the benefits and the risks,” Bolger said.

Sawyer disagrees with that, saying doctors are spending more and more time talking to families about vaccines because of a rise in concerns nationwide. Sawyer said there is a curriculum at the Health Department where primary care residents training to be pediatricians and family physicians can learn about the risks and benefits of vaccines.

“You know the young generation of physicians is definitely well informed about this whole equation.” Sawyer said pediatricians believe in vaccines because they work, and he said if you look at the risk of the disease versus risk from the vaccine, “You’re going to choose the vaccine every time.”

“We should be honoring and respecting both sides, weighing the risks and the benefits of both sides,“ Bolger said.

Bolger said parents want the right to choose, and they fear what choice they do have now will be taken away, specifically if SB-276 becomes law.

“I am not against vaccines,” Bolger said. “What I’m against is people not having the right to make that choice, that medical decision with a doctor.”

Currently, parents can get medical exemptions, so their children can go to schools without being vaccinated. SB-276 could tighten that current law.

Bolger called the proposed law is too restrictive, “unethical and un-American.”

“It’s a civil rights issue and I feel like it’s doing an injustice to these families who have legitimate valid reasons that they can’t for whatever reason have a vaccine.” Sawyer said, “Nobody is saying that those children [with legitimate reasons not to be vaccinated] should get vaccinated, but we need accurate and verified reasoning behind why children are being exempted from vaccines.”

SB-276 is being introduced by State Senator Dr. Richard Pan who represents Los Angeles and Assemblywoman Lorena Gonzalez who represents San Diego. According to Pan, some schools are reporting that more than 20 percent of their students have a medical exemption.

NBC 7 found the number of students receiving conditional entrance to schools equaled two-percent of all San Diego County kindergartners in the 2017-2018 school year.

Sawyer said sometimes, those students given conditional entrance do not follow through and for whatever reason, the schools don’t follow back up with them.

In 1990, a five-year-old local girl made national news when she lost her limbs due to complications from chicken pox, before a vaccination for the disease was available.

Now 35-years-old and married, Jessica Cowette, formally Jessica Esquival, has a 10-year-old daughter who she says is up to date on her vaccinations.

“She’s very into rock collecting and soccer. She’s an amazing kid like I could not have been blessed with a more amazing girl,” Cowette said.

Sawyer said Cowette's case is a perfect example of somebody that had a rare complication and that when it happens to you, it doesn't matter if it's rare or not.

Cowette believes vaccines are a good thing and that “they’re out there for a reason,” but she doesn’t feel comfortable telling other parents what to do about vaccines.

“I absolutely think that God wanted me this way for a reason,” she said, emphasizing she is having a great life. “I love my daughter, I love my husband, I love my family, I’m on a really good path right now. “

“I love my life and honestly, it might sound kind of funny to say it, but I wouldn’t have it any other way.”