With one swing of the bat, Daniel Camarena went from a career minor leaguer to a San Diego baseball legend.

Camarena is from the South Bay and attended Cathedral Catholic High. The community including his former head coach at Cathedral is oozing with pride.

Slamarena is what Remiker is calling it. The longtime coach who says he got to see Daniel Camarena grow since the 7th grade was moved to tears when he witnessed his former ball player's grand slam moment.

“And at this point, make contact, do something, then [Max] Scherzer misses and Daniel barrels that baseball and as soon as he makes contact, the whole stadium and my living room knew that ball was gone," Remiker said. "My wife and I were watching the game and we screamed. We exploded. My kids came running in asking what happened! Then they show his brother Louie and mom on TV and I think I broke down. Watching him go around the bases---it was awesome."

Remiker shares how Camarena played for Cathedral Catholic high from 2007 to 2011.

Camarena grew up in Bonita and his former coach says he was known to be humble, kind and hardworking, in and out of the classroom.

"His passion for baseball was off the charts, he wanted to start his professional career right away so the Yankees drafted him in 2011," he said. "Signed with Yankees and that started a journey most people can't handle for 10 years. Going city to city on buses, sleeping in fleabag hotels and whatnot. The minor league lifestyle is not glamorous at all. But he always had that dream of being a big-league baseball player and worked his rear end off." 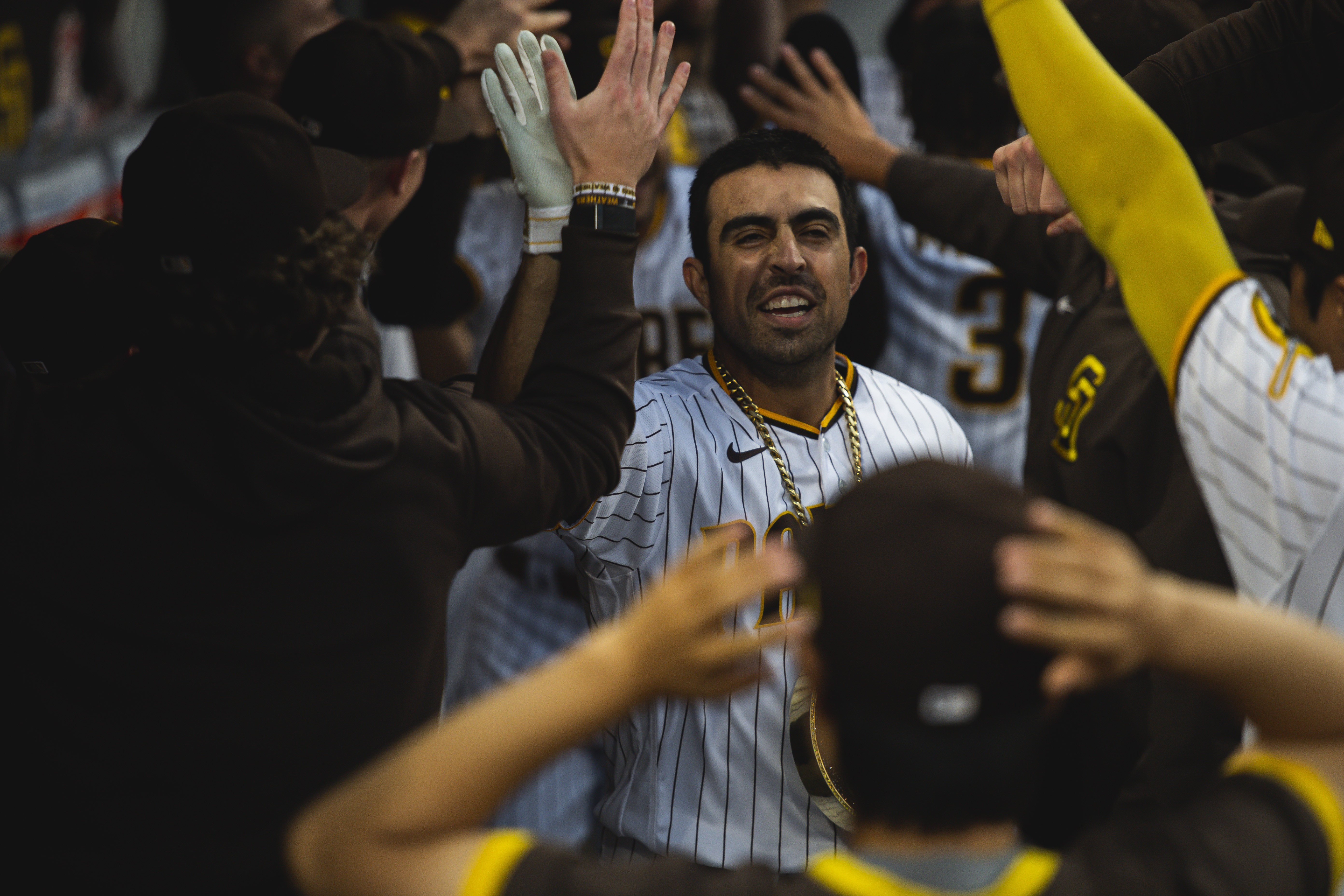 Remiker said this moment for Camarena will be remembered by Padres fans for a long time.

"You root for him so much because you know how much hard work he's put in. You know what kind of a person he is, and so, so much pride and so much joy and letting him have this moment and praying he gets a lot more as well," Remiker said.