US Open Serves up Major Championship With a Side of ‘Beef'

After a 90 minute delay due to fog, the U.S. Open was underway Thursday at the scenic Torrey Pines Golf Course in San Diego

Fans who worry golf’s image could be tarnished by the spitting match between Brooks Koepka and Bryson DeChambeau probably think figure skating is too rough. For the rest of us, nothing goes down better with a major championship on the menu than a side of beef.

“It doesn’t matter to me what goes on,” DeChambeau, the 2020 champion, lobbed back. “It makes no difference to me.”

Alas, a collision is not in the cards for Thursday’s opening round over Torrey Pines’ toughened-up South course. Nor the second for that matter. In the meantime, fans shouldn’t lack for entertainment.

Among the other storylines fighting for a spot on the marquee: Local hero Phil Mickelson, 51 and coming off a PGA Championship win just last month, seeking the one major title that would complete his career Grand Slam … Jon Rahm, plucked from the lead at the Memorial after a positive COVID-19 test less than two weeks ago … Jordan Spieth, Rory McIlroy, Justin Thomas — aging former “young guns” seeking to burnish their major championship credentials … and a familiar cast of hopefuls still chasing their first big win — Xander Schauffle, Tony Finau, and Patrick Cantlay.

But if Koepka and DeChambeau do wind up playing together on the weekend, chances are good it will be somewhere near the top of the leaderboard. The prospect of two of the game’s biggest hitters going mano-a-mano — not really; it’s still golf — was so intriguing that fellow pro and 2019 U.S. Open champion Gary Woodland practically volunteered for the third spot in the group. 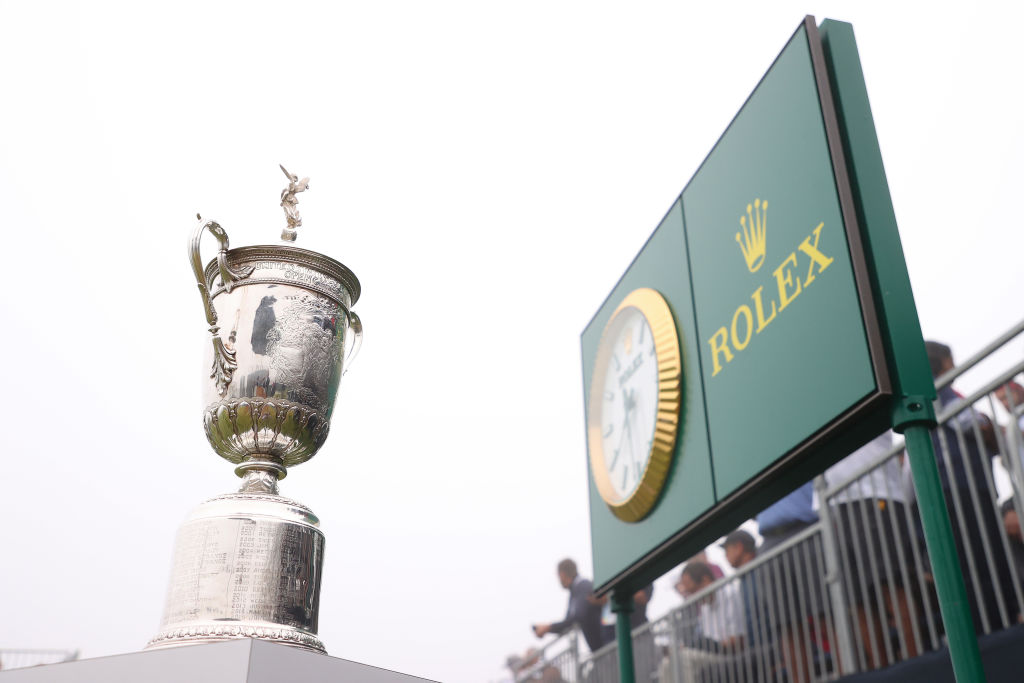 How to Watch, What to Know on Day 1 of US Open in San Diego 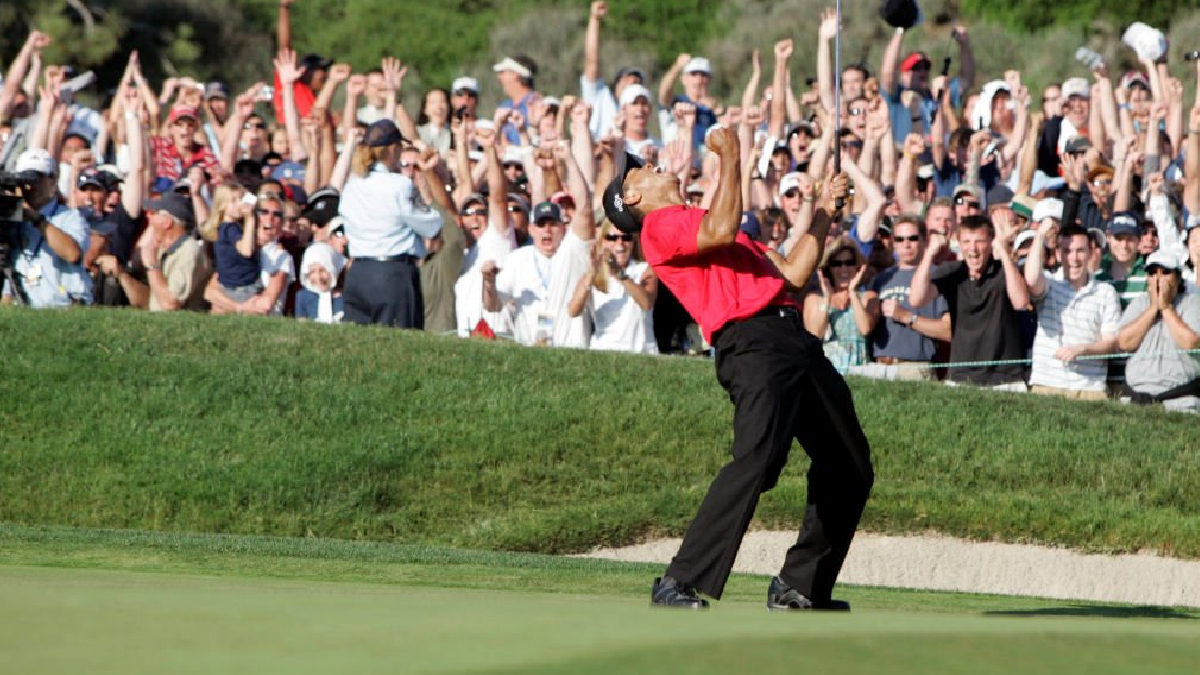 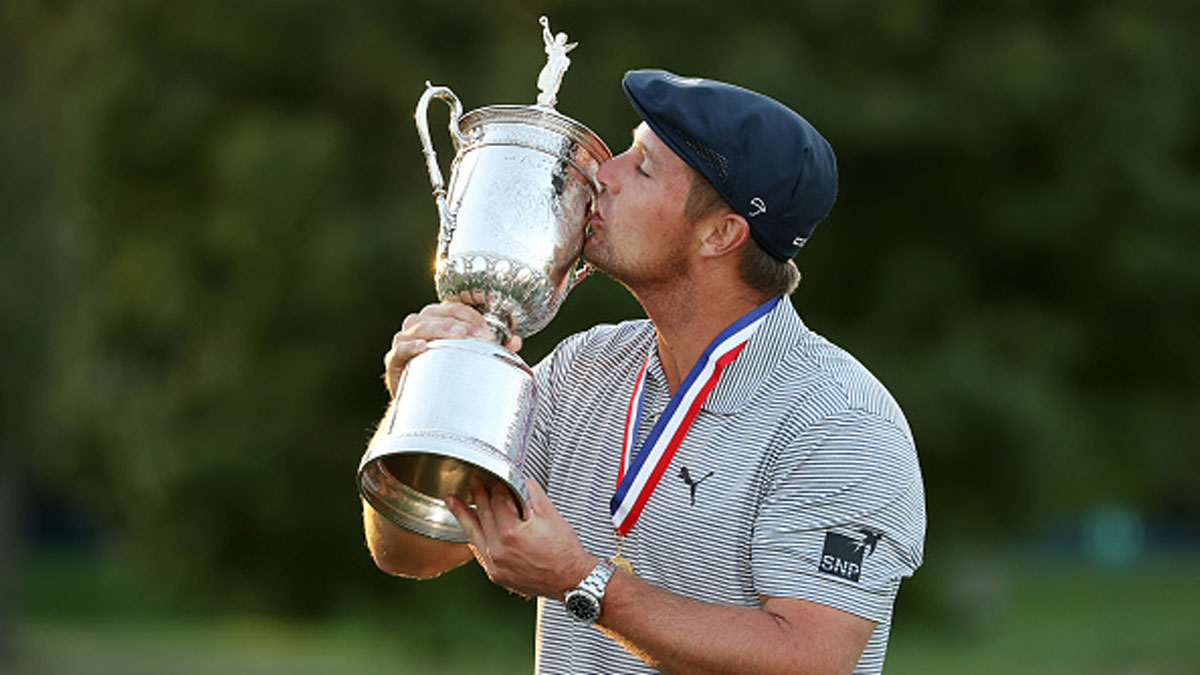 Woodland spoke up after a rumor made the rounds that the USGA was considering launching a new tradition — or simply trying to make a fast buck — by pairing the last three U.S. Open winners for the first two rounds.

“I would have instigated and tried to start fights or whatever I could have done.”

Strange as it sounds, that wasn’t the most outlandish response to a possible Koepka-DeChambeau pairing. Fellow PGA Tour player Webb Simpson, who wound up in the press conference room sandwiched between appearances by the two heavyweights, assessed the rivalry this way:

The U.S. Open Championship will be held at Torrey Pines Golf Course in San Diego from June 17 to June 20, 2021. What kind of economic impact might the high-profile event have on our region? NBC 7's Todd Strain shares details.

“We all want to beat each other every week of the year. I think they’re just living it out a little more in their words than maybe keep it inside. … So I think them kind of being open and honest is good in a way because we know kind of what they think.”

But a moment later. Simpson mused, “I don’t know if they texted each other on the side and possibly went in agreement, ‘Let’s play this thing up for the Player Impact Program (which splits a $40 million purse among the 10 most popular players in any given year).’

“That,” Simpson chuckled, “was kind of one of my thoughts. But it would be fun to see them duel it out in a tournament here coming up, head-to-head on Sunday.”

Not if Lefty has anything to say about it.

“It’s a unique opportunity because I’ve never won a U.S. Open. It’s in my backyard. I have a chance to prepare properly, and I wanted to put in the right work,” Mickelson said. “So I’ve kind of shut off all the noise. I’ve shut off my phone. I’ve shut off a lot of the other stuff to where I can kind of focus in on this week.

“Now,” he added, “you always need some luck, you always need things to kind of come together and click, but I know that I’m playing well, and I just wanted to give myself every opportunity to be in play at my best.”