Unmasked Man Returns With One to Rob Chase Bank

This might make you feel a little better about forgetting to wear your mask:

A white man in his late-30s or 40s walked into a Chase branch at about 2 p.m. in Fallbrook on Halloween, only to be told by a teller that he needed to a facial covering to order to receive service. 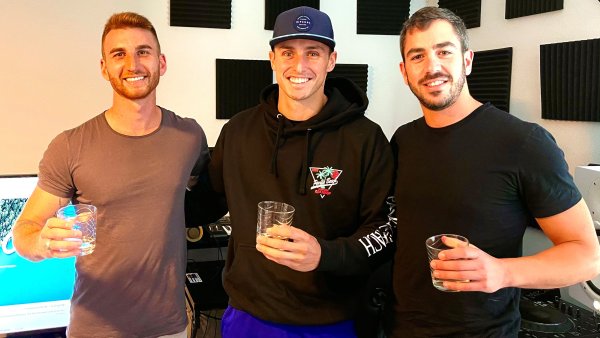 The man, who is about 5 feet 10 inches tall and on the thin side, duly left the bank in the 1040 block of South Mission Road, only to return wearing a mask a short time later, making his way over to a counter in the middle of the lobby, where he wrote out a demand note on a deposit slip.

The freshly masked man then walked over to a teller's window and passed over the note: "Don't make any sudden movements," it read in part. "Just read the note."

Now it was the Chase Bank teller's turn to comply, and the man left the bank -- with a noticeable limp, according to the FBI -- who said the suspect, who was wearing a black hooded sweatshirt and sweatpants, black baseball hat, black sunglasses, black mask, and dark work-style shoes, weighs about 160 pounds and a had gray hair and a gray stubble beard. It's not known how much cash he made off with.

Anyone with information about the robbery is being urged to contact the San Diego FBI at (858) 320-1800. Tips can also be called in anonymously to Crime Stoppers at (888) 580-8477 or submitted digitally to the FBI or Crime Stoppers.