A flash flood watch went into effect for San Diego County mountains and deserts on Monday as the first of two storms made its way across the Southern California region.

Rain from the now downgraded tropical cyclone Rosa started falling in parts of Chula Vista and La Mesa on Sunday evening but more rain was expected overnight into Monday and again on Tuesday, according to the National Weather Service.

The NWS watch will be in effect through Wednesday for areas including southern Nevada, southeastern California, southwestern and central Utah and the western two-thirds of Arizona. 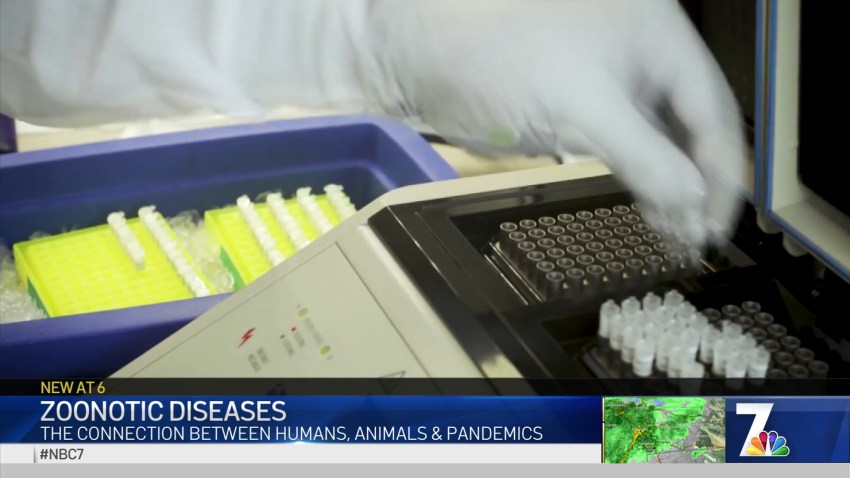 Down to Earth: Zoonotic Disease

The weather service warned that during that period downpours have the potential to flood and cause landslides and debris flows from recent wildfire burn scars.

Rainfall from the first storm is expected to be less than a tenth of an inch, the agency said.

On Monday, the chance of showers would diminish as the day progressed, clearing to partly cloudy skies with hot and humid conditions before returning again in the evening. The same pattern was expected to repeat Tuesday, though the bulk of the storm will move into Arizona on Monday.

The National Weather Service issued a beach hazards statement Sunday because of the elevated surfs from Rosa. The highest surf is expected late Sunday through Monday evening, the NWS said.

The beach hazards statement expires at 6 a.m. on Tuesday.

On Wednesday, a Pacific storm will move into the Southern California region, bringing with it a chance of showers and a slight chance of thunderstorms from the coast to the mountains, the NWS said.

Coastal San Diego is on the western periphery of the storm and will experience scatter to numerous showers, according to the NWS.

The second storm is expected dump less than a quarter of an inch of rain in the San Diego region, according to the NWS. The system is expected to weaken and move inland by Thursday, the agency said.