Two girls who were shot to death in their Lemon Grove home Wednesday afternoon have been identified as 15-year-old sisters.

A distraught woman who identified herself as their mother said the girls were twins and accuses her ex-boyfriend in their slaying.

The suspect, who was taken into custody about a half-hour after the shooting, was identified by the San Diego County Sheriff's Department Thursday as 38-year-old Dwayne Edward Groves Jr. 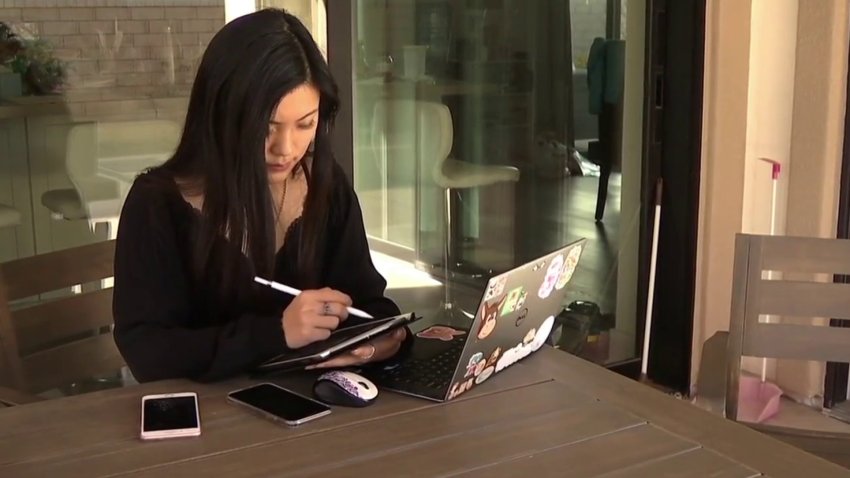 On Wednesday, armed deputies swarmed a neighborhood on Central Avenue near New Jersey Avenue in the middle of the day in search of a suspect in the shooting that left the two teens dead and a 22-year-old injured.

"Stay inside, lock your doors and call if you see anyone suspicious," SDSO warned residents in a tweet.

The SDSO said two 15-year-old sisters, 40-year-old Joann Hoyt and 22-year-old Gary Goode were all inside the home during the incident. Witnesses reported hearing gunfire and seeing a woman come out of the home screaming that her children had been shot.

"I grabbed the little kids and ran out the back because I knew I couldn't do anything for my daughters," the woman said.

She described the man as an ex-boyfriend whom she had broken up with about a week and a half ago. SDSO confirmed their suspect had a former relationship with the victims' mother.

A friend and neighbor who considered himself a close family friend described the girls as loving people.

"We were family growing up together playing outside together, you know, just living our life," said Muhamed Said. "They were kind, caring and always found a way to put a smile on your face even when you were down."

A GoFundMe account was created by the girls' godsister, Mariah Drayton, to help the family with funeral arrangements. She identified the twins as Caira and Leah Christopher. The sheriff's department confirmed the girls were both 15 years old.

Caira and Leah were “always happy and smiling, and so loved” by their friends and family, Drayton said.

The girls were sophomores at Helix High School. Drayton said the girls did everything together, including playing for their school's basketball team.

Helix High School notified their staff and students that two 10th-grade girls died on Wednesday. The school made grief counselors available to their students online.

With the help from a helicopter, Groves Jr. was located in the backyard of a home about three houses away from where the shooting took place. SDSO said he was uncooperative but eventually surrendered.

He was booked into San Diego County Central Jail on two murder charges, two charges of attempted murder, and a charge of assault with a deadly weapon.

Central Avenue was closed off for about half a day for the investigation. It wasn't until late Wednesday that SDSO was able to obtain a search warrant and begin their investigation inside the home.

On Thursday morning, the scene was cleared but the investigation was ongoing. SDSO said anyone with information about this incident should call the Sheriff's Homicide Unit at (858) 285-6330. Anonymous tips can be made by calling Crime Stoppers at (888) 580-8477.