Following tradition, Bryson DeChambeau turned in his 2020 U.S. Open Championship trophy prior to the start of the 2021 tournament, but he already wants it back

Whichever golfer wins the U.S. Open Championship gets to keep the 18 inch, 8.5 pound sterling silver trophy for a year, before returning it prior to the start of the next U.S. Open.

This week, 2020 U.S. Open champ Bryson DeChambeau rolled into Torrey Pines with the trophy in tow. In an official tournament tent, DeChambeau unlocked a large travel case and pulled out the trophy. The defending champ carefully put the trophy lid on and gave the trophy one final kiss before reminding everyone he returned the trophy in good shape. 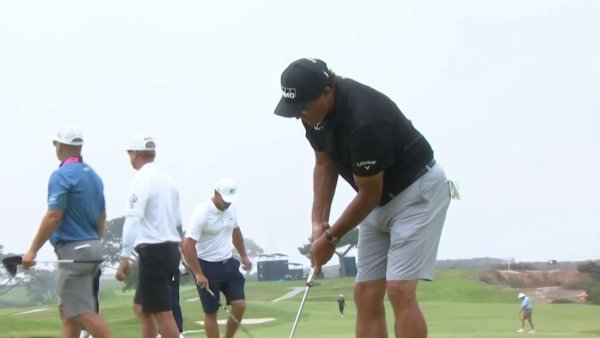 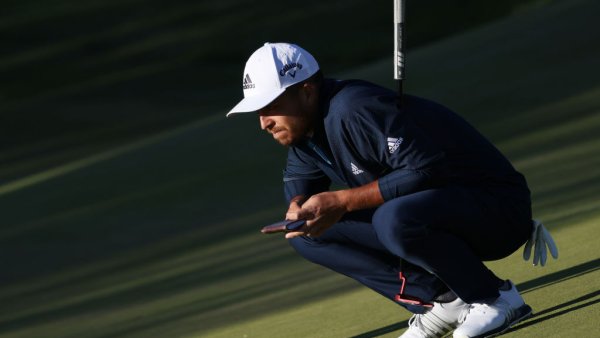 "I bring it back in good shape. No dings, no dents, so that's what I was proud about," said DeChambeau.

So what did DeChambeau do with the trophy for the past year? Anything memorable?

"I took it to the Bahamas. We took pictures on the beach with the trophy. Definitely had some fun with it, definitely places that were safe," he said.

DeChambeau also took the trophy back to his hometown and his high school, Clovis East High School in Fresno, California.

"It's just fun bringing it back to places where you grew up and to people who meant so much to you. They've given everything they have to help me succeed and to be able to give back is pretty cool," he said.

Even though DeChambeau turned in the trophy his plan is to get it back before leaving Torrey Pines.

"Hopefully, I can take the trophy back again this week." 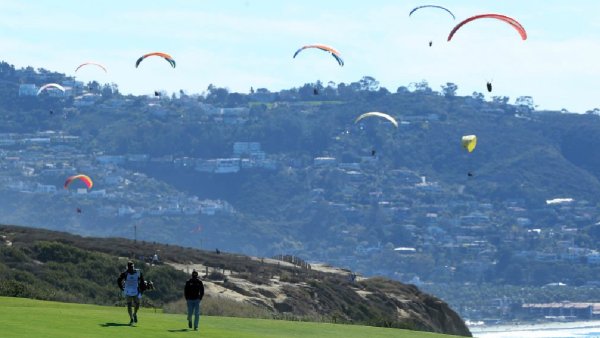