A look at the key events in the deadly plane crash in Santee, California, on Oct. 11, 2021

The fiery plane crash in Santee, California, on Oct. 11, 2021, left two people dead and destroyed two homes. The crash jolted a quiet, tight-knit neighborhood, sending residents into the streets to help each other when it counted the most. But what happened? Here's a timeline of the key events both during the crash and the aftermath.

Oct. 11, 2021
It was Monday, right around lunchtime, in a neighborhood on Greencastle Street at Jeremy Street near Santana High School in Santee.

Just before 12:15 p.m., some residents began hearing the sounds of a plane's engine. It wasn't necessarily uncommon for the area; the neighborhood is not far from Gillespie Field, a small airport in El Cajon. Airplanes fly around Santee all the time.

Only this time, the sounds were different. 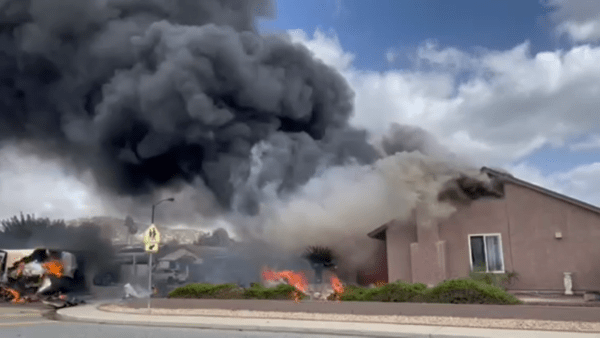 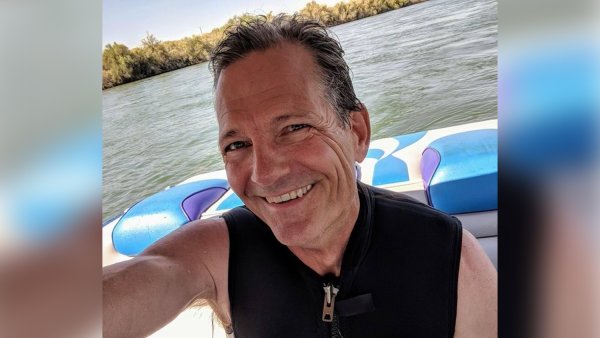 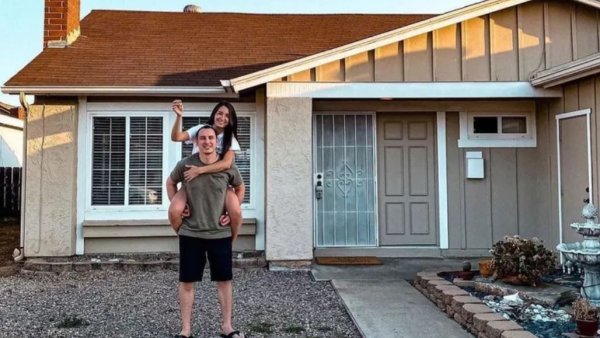 They were loud, residents said. They felt so close.

And this plane, it wasn't headed to Gillespie Field.

The twin-engine Cessna C340 was headed to San Diego from Yuma, Arizona, and was supposed to land at Montgomery-Gibbs Executive Airport in Kearny Mesa.

Piloting the aircraft was cardiologist Dr. Sugata Das, a doctor at the Yuma Regional Medical Center. He worked at the YRMC but lived in San Diego, flying back and forth frequently. He was an experienced pilot.

Dr. Sugata Das was a cardiologist at Yuma Regional Medical Center and was piloting the plane that crashed in Santee, reports NBC 7's Allie Raffa

Just before 12:15 p.m., Das began communicating with Air Traffic Control. He was about a minute away from reaching his destination at Montgomery-Gibbs Executive Airport. Das looped his Cessna to the right, perhaps in an attempt to divert to Gillespie Field, although that part, as of Oct. 13, remained under investigation.

Once the plane veered off course, an air traffic controller tried to contact Das, referring to his tail number as "gulf" or "22 gulf."

In audio from that exchange, a controller can be heard telling Das that his plane is too low.

"Gulf, it looks like you're drifting right of course. Are you correcting? Correcting 22 gulf," the controller said. “Low altitude alert; climb immediately. Climb the airplane."

The controller repeatedly urged the plane to climb to 5,000 feet. When Das' plane remained at 1,500 feet, the controller warned the pilot: “You appear to be descending again, sir.”

Moments after the communication, at around 12:15 p.m., Das' plane crashed into the Santee neighborhood at Greencastle and Jeremy streets.

The wing of his plane clipped a UPS truck that was nearing a stop sign. This killed the driver of the UPS truck, OB resident Steve Krueger. Das was also killed in the crash.

A friend of Krueger told NBC 7 the longtime UPS employee loved the snow and the outdoors and had recently bought a home near Mammoth Lakes. He was just months away from retirement, the friend said, and had planned to spend much of his time enjoying his new home.

Several others were injured and two homes were destroyed, including that of Cody and Courtney Campbell, a newlywed couple who had bought their home on Greencastle Street just five months ago. At least another five homes were damaged.

Cody and Courtney Campbell were at work when a small plane came crashing down on their home on Greencastle Street in Santee, reports NBC 7's Dana Griffin

Witnesses said after hitting Krueger’s UPS truck, the fuselage of the plane slid toward two homes – the second home belonging to Phil and Maria Morris. The homes exploded in the fiery impact of the crash.

The Morrises were inside their house, watching TV in their living room when, suddenly, the plane slammed into their home.

Neighbors ran to help, describing how they got the couple out of the home in those seconds after the crash.

The Morrises survived and were hospitalized. As of Oct. 14, they were still recovering at the hospital but their son said the couple was in good spirits, eternally grateful for the quick actions of their neighbors.

The Campbells' home -- was empty at the time of the plane crash. Owners Cody and Courtney Campbell had both been at work and were not hurt. Even their dog survived; about two hours before the crash, Courtney Campbell's mother had picked up their dog, Mister, from the home.

Firefighters rushed to the scene as smoke from the deadly crash quickly blanketed the neighborhood. The sirens from emergency crews rushing to the scene could be heard for miles.

They didn't stop blaring for hours.

The crash site, as the Morrises son, Jim Slaff, told NBC 7, looked "like a war zone."

The next day, investigators continued to comb through the crash site.

For now, the answers as to how or why the deadly crash happened, remain unknown.

The NTSB spokesperson said a preliminary report on the investigators' findings is expected to publish Oct. 26.

A transportation investigator is expected to arrive in Santee to begin an investigation into the deadly East County plane crash that killed two people and badly burned two others.

Also on Oct. 12, officials released the name of Krueger, the UPS driver killed in the crash. He had worked at UPS for more than 30 years and was on the verge of retirement at the time of his death.

Also on Oct. 12, NBC 7 was able to speak with Cody and Courtney Campbell, the owners of one of the two homes destroyed in the tragedy. They were grateful they weren't hurt and even more grateful for the support of the community rallying around them.

While the investigation into the deadly plane crash continued, the final debris of the wreckage was cleared from the streets of Santee, allowing for all roadways to reopen on the evening of Oct. 13. Fencing still cordoned the homes that were destroyed by the explosion from the crash.

Some purple and white flowers had been tied to a post near the crash site.

NBC 7 learned a vigil was being planned for Krueger Thursday evening NEAR the crash site.

NBC 7 is working to gather the latest details on the Santee plane crash. Check back for updates as this story develops.